Several local organizations and immigration activists are demanding the closure of camps and reunification of families at a Saturday rally in Lawton. 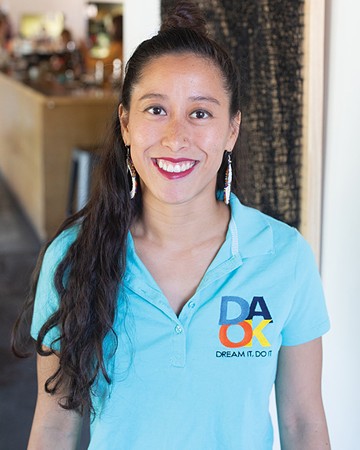 Immigration activists will meet in Lawton on Saturday to demand closures of camps where immigrant children and families are detained. Dream Action Oklahoma (DAOK) is hosting the event in conjunction with organizations such as Oklahoma Call for Reproductive Justice (OCRJ), American Civil Liberties Union (ACLU) of Oklahoma and Black Lives Matter Oklahoma.

“The overall purpose is to show unification in the state of Oklahoma,” said Brenda Lozano, DAOK special projects and program management director. “Our overall message is to end concentration camps. We’re hosting the event in solidarity with other organizations. We don’t want to push for a narrative that this is just another instance of history repeating itself, but more so that history hasn’t stopped. These actions haven’t stopped. Incarceration of people of color hasn’t stopped.”

Attendees will meet 8 a.m. Saturday at 3000 United Founders Blvd. Breakfast will be provided and buses will leave at 8:45 a.m. for Fort Sill. In Lawton, they will meet around 10 a.m. at 2999 NW Sheridan Road.

The event comes amid reports of the number of families and children entering the country from the U.S.-Mexico border surging above 100,000, according to Associated Press. It is also a response to news that Fort Sill is set to become an emergency detention center to hold about 1,400 children; no date has been announced on when that will happen.

DAOK executive director Serena Prammanasudh said it is important to spearhead the effort locally to bring more awareness to the fact that the issue is not only at the border.

“What we want to do is use the border as a rallying call because it has so much attention, but it’s more about bringing awareness that people are detained in our neighborhoods,” Prammanasudh said. “They’re being dragged out of work or their homes or their vehicles while they’re waiting for their children to come out of school, and they’re being put into detention centers here or the county jail and being funneled into the pipeline. I mean, it’s happening in our neighborhoods to our own neighbors.”

“There’s local collaboration with these local detention centers. People don’t understand that that’s a huge way that people get into the system,” Prammanasudh said. “ICE (Immigration and Customs Enforcement) does not have a huge capacity in Oklahoma. [Its closest office] is out of Dallas; we’re included in their region. ICE doesn’t knock on all the people’s doors who are being incarcerated right now — it’s local law enforcement as well. As much as they may not want to admit it or even realize it, they are indirectly contributing.”

“What’s happening right now is unconscionable, and so we wanted to take a strong stance in support of that community,” she said. “[DAOK] is doing a really good job of pulling people out of their silos and making sure that we’re working together for this large goal that we have, trying to get a lot of people. I would be absolutely floored, in a good way, if we reached 500-plus people that come to this rally. … What’s happening right now is not just at the border but it’s in our towns, in our cities, so this event is an opportunity for everyone to unabashedly show that they don’t condone what’s been happening.” 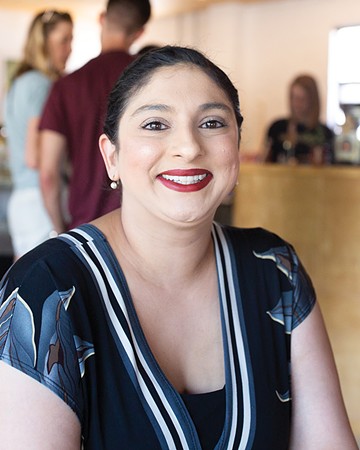 Rep. Alexandria Ocasio-Cortez, D-New York, received backlash following a live stream in which she referred to the detention facilities as “concentration camps,” leading to a national debate about whether the term is accurate or insensitive to Jewish communities.

Organizers of the Lawton rally have also received some backlash for naming the event Close the Concentration Camps, but Desai, Prammanasudh and Lozano stand by the term.

“I feel like the term ‘concentration camp’ is very appropriate because we’re doing exactly what they were doing back then; we’re separating families and we’re causing all this trauma and pain that doesn’t need to happen,” Desai said. “I feel like we’re at a point in history where if we don’t call it what it is, then we are denying what has happened and what we are doing right now.”

In an Esquire article, Andrea Pitzer, author of One Long Night: A Global History of Concentration Camps, argued that the U.S. is operating a “concentration camp system.” In the book, she defines those camps as “mass detention of civilians without trial.”

Waitman Wade Beorn, a Holocaust and genocide studies historian at University of Virginia, told Esquire that concentration camps at a basic level are designed “to separate one group of people from another group,” usually “because the majority group, or the creators of the camp, deem the people they’re putting in it to be dangerous or undesirable in some way.”

However, both Jewish Community Relations Council of New York and U.S. Holocaust Memorial Museum have stated their rejection of efforts to equate current detention centers with Nazi-era camps.

“I’ve seen [the debate] on my social media feed and people say its inappropriate, and I’m just like, ‘Well, if we did a side-by-side comparison, it’s not going to be exactly the same, but the idea that fueled that is the same,’” Desai said. “It’s this idea of white nationalism and white supremacy under the guise of patriotism.”

Several Fort Sill protests have taken place since it was announced children would be held there. Last month, Japanese American World War II camp survivors gathered at the gates to “protest the repetition of history,” even using the term “concentration camp.”

Dream Action Oklahoma, an all-volunteer nonprofit organization, aims to empower the local immigrant community through advocacy and education. It provides resources like Know Your Rights presentations and advocates for immigrant justice.