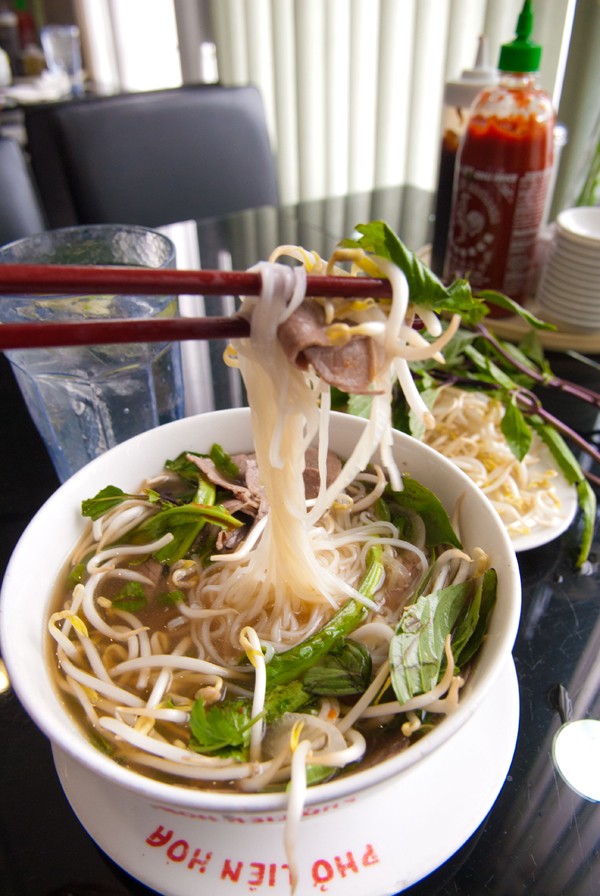 Technically, ph? is a breakfast food.

Ph? or pho (sounds like “fuh,” not “foe”) is Vietnam’s national dish, a soup of deeply spiced beef broth filled with long, slender rice noodles and tender cuts of beef.

In Vietnam, it’s eaten in streetside stalls on the way to work and many of the best shops are sold out by 9 a.m.

Thankfully, the same is not true in Oklahoma City, where ph? restaurants abound as lunch and dinner destinations. As the year progresses, this steaming-hot Vietnamese delight only gets more popular with customers.

The dish found its way to Oklahoma after the fall of Saigon in 1975, when hundreds of thousands of Vietnamese fled the country after the Vietnam War. The U.S. government took in many of the refugees, housing some at Fort Chaffee, just outside Fort Smith, Arkansas.

The refugees were allowed to leave when they found a sponsor, and many in Oklahoma City were willing to help.

That was the first wave, and more arrived in the decades since, joining family members who established businesses and Oklahoma City’s thriving Asian District community.

It is one of the city’s most popular ph? eateries, and it continues to gain momentum since opening in October 2000. Dinh said she doesn’t know the exact number of bowls of soup served there each day, but she guesses it’s about 500.

“That’s actually something I’d like to find out,” she said. 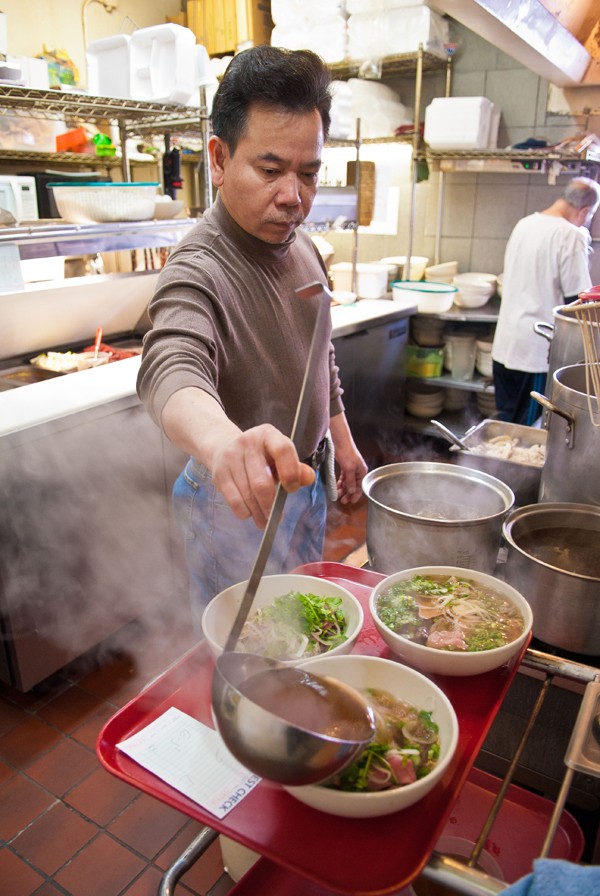 There’s no set recipe for ph?, or at least there are so many it’s hard to say what absolutely has to be in it. One thing traditional broths have in common is beef bones, Dinh said.

“We fill the whole pot full of them,” she said. “You have to cook the bones all over. Cook them for hours, and then you start seasoning.”

The long, slow process extracts substantial beef flavor from the bones as well as collagen, which gives the broth an almost creamy texture.

It includes grilled onions, ginger, cinnamon and star anise, giving the broth a warm spice profile that’s different from American beef soups. The broth is skimmed as impurities rise to the surface to keep it looking and tasting clean.

While the broth is one of ph?’s most defining characteristics, each diner gets to customize the bowl by choosing which cuts of beef go in the soup. 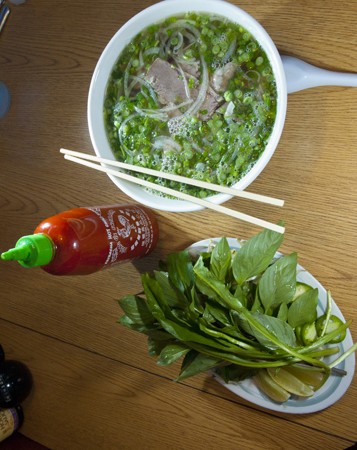 Some ph? regulars have their orders down to a number at their favorite restaurant, but knowing the lingo will help diners navigate menus.

For cuisine newcomers, a good bet is ph? tái, which is broth, noodles and rare steak, or ph? chín, or lean brisket. The heat of the broth, which comes to the table still steaming, cooks the meat.

Even if a specific combination isn’t listed on the menu, restaurants are very accommodating about combining the ingredients customers ask for, because the meats are added to the dish just before it’s delivered to the table.

Though Pho Lien Hoa specializes in ph?, other popular Vietnamese have expanded menus to include a greater selection of traditional dishes.

The growth of ph? venues is proof of the dish’s popularity, Dinh said.

“It’s light, it packs a lot of flavor and it’s easy to eat,” she said. “It’s usually eaten breakfast, but people have it for lunch or dinner or a midnight snack, too. We eat it all day long.”