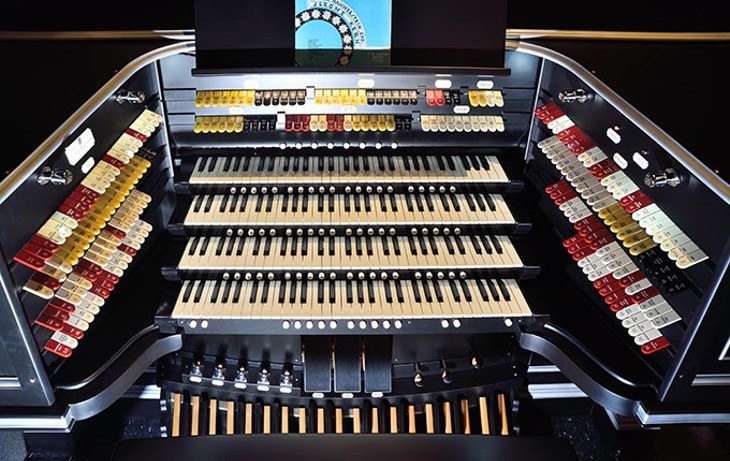 In April 1936, listeners who tuned into WKY-AM’s live broadcasts from the Skirvin Hotel could hear Ken Wright play the station’s Kilgen Opus 5281AB theater organ for the first time. Wright, a native Chicagoan who moved to Oklahoma City to become WKY’s in-house organist, continued to perform regular radio concerts for the next 15 years.

Times and musical tastes changed, and with more people gravitating to television in the early 1950s, organ concerts held less fascination for the public than they did two decades before. The organ was sold to the City of Oklahoma City in 1951 for $1,000 (one-thirtieth of its original cost). But with its 14 sets of pipes, 49 bells, four keyboards and six percussion stops, the Kilgen stood as a lesson on how Oklahoma City residents lived and enjoyed themselves in the days before rock ’n’ roll.

Now, at the tail end of an extensive restoration program undertaken by Oklahoma History Center (OHC) and the University of Oklahoma’s American Organ Institute, the Kilgen looks pristine, much like it did when it shipped from Kilgen Organ Company’s St. Louis, Missouri, factory. It is part of Crossroads of Commerce: A History of Free Enterprise in Oklahoma, an exhibit currently on display at OHC, 800 Nazih Zuhdi Drive, in the State Capitol complex.

For now, the Kilgen is silent, but that will soon change. While the console now looks fresh from the factory, the internal parts and external pipes are still being refurbished with an eye toward performances in early 2017.

“We’re planning at least four concerts a year,” said Dan Provo, OHC director. “And for that, this console will be brought into the great hall of the history center [and] connected there. Then that will be the setting for concerts relating to silent movies, theater organ music and a whole variety of options and possibilities.” 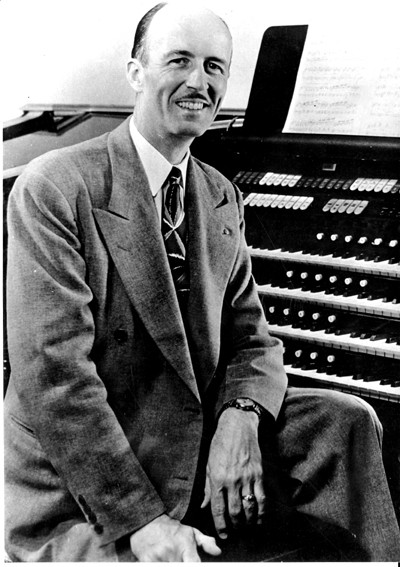 Compared to church organs, theater organs such as Oklahoma City’s Kilgen are extremely rare. Kilgen Organ built around 4,000 church organs but only produced around 250 theater organs that featured a greater variety of orchestral and percussion sounds than their sanctified cousins.

“The defining differences are size and complexity,” Provo said. “With a theater organ, you’re representing an orchestra.”

Experts have told Provo that of those 250 theater organs, only nine are known to be in existence, and of those nine, only two are playable. Not only will the Oklahoma City Kilgen be playable, it will be fully restored from bass pedals to bells, possibly making it a truly unique artifact.

“When this one finishes its restoration and is installed completely later this year, it will be a very, very special instrument,” Provo said. “It’s basically bringing back this part of musical history and everything that comes with it.”

The Kilgen’s own history saw its share of crescendos and decrescendos. After the city bought the organ from WKY, it spent the next few decades in storage at Municipal Auditorium, later renamed Civic Center Music Hall, until Arts Council of Oklahoma City President Jacqueline Carey raised $10,000 to renovate the organ in the mid-1970s. Following the renovation, Argentine-born organist Hector Olivera played a concert including a selection of Bach and the theme to Star Wars on the Kilgen at its unveiling in 1977.

It remained installed at Civic Center Music Hall until the facility’s renovation began in 1998. In July 1998, the Oklahoma City Council voted unanimously to spend $36,000 to move the organ and transfer ownership to OHC.

The current restoration began in 2015 after Bob Blackburn, OHC executive director, raised $500,000 to bring the Kilgen back to life. Kilgen Organ Company went out of business over 50 years ago, so without spare parts available, the American Organ Institute had to refashion many of the instrument’s components.

“Parts had deteriorated, and some connections were not done appropriately,” Provo said. “Since that time, we’ve learned a lot more about theater organs and their specific needs.”

The revitalized Kilgen will benefit from its new home’s museum-level climate control equipment, which stabilizes the temperature and humidity inside the building. Everything about the Kilgen organ will be restored to 1935 standards except the electrical system, which will be outfitted with modern wiring and light computerization for the control mechanism.

Provo said that it is something of a miracle that sounds from this 81-year-old instrument will soon fill the halls of OHC.

“Sometimes, factors align to where the end result is a very happy one,” he said. “In this case, people recognized the importance of the instrument, wanted to hold on to it, wanted to preserve it as much as possible, wanted to find the best possible way to restore it and then provided an opportunity for the most people to see it and enjoy it.”