In Oklahoma, the National Park Service estimates there are $19.9 million in deferred maintenance 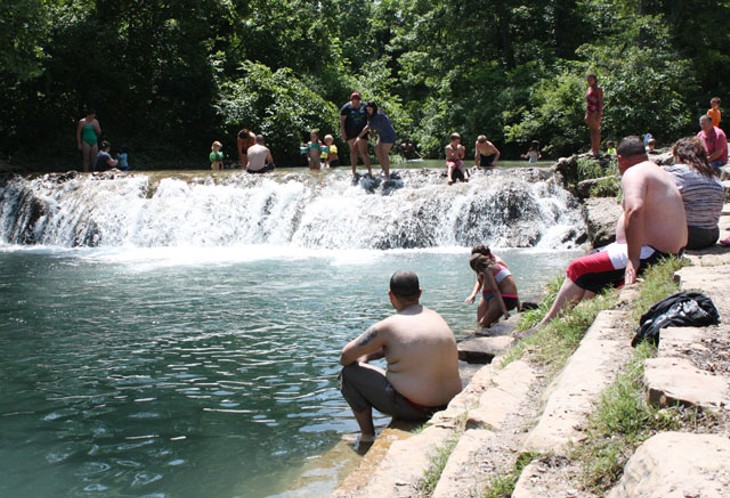 While national park sites rightly caught the nation’s attention in 2016 by offering a wide range of activities for visitors, another aspect of the parks earned the spotlight.  At the end of the federal fiscal year in 2016, National Park Service reported an $11.3 billion “deferred maintenance” backlog affecting 417 sites, including two in Oklahoma. Overdue repairs ranged from crumbling roads, rotting historic buildings, eroding trails, outdated public buildings and deteriorating water and electrical systems.

After the most recent deferred maintenance list was delivered to the U.S. Congress, 1,800 leaders — a cross-section of business and community leaders from across the nation — sent key Congressmen a letter urging a funding source for repairing national parks. Simultaneously, local governments raised concerns about federal leaders’ commitment to maintaining park sites. Nearly 130 municipalities passed resolutions asking Congress to create a reliable and predictable stream of resources to begin conquering the overdue park repairs.

In November, Oklahoma City Council joined the cause by passing a resolution to “strongly encourage” federal leaders to find a funding source to address maintenance needs. In the resolution proposed by Ward 2 Councilman Ed Shadid, the council states, “it is the responsibility of Congress to maintain America’s national parks to ensure our natural sites and our history is preserved and documented for this and future generations.”

National Park Service’s backlog of deferred maintenance has been an ongoing issue. In recent years, lawmakers proposed legislative solutions to address repair challenges with support but limited movement at the U.S. Capitol.

According to Marcia Argust, director of Pew Charitable Trusts’ Restore America’s Parks Project, there are several contributing factors to the backlog, including aging infrastructure, but also increased wear and tear caused by growing visitor numbers. Key to the mounting maintenance backlog is inconsistent federal appropriations to the National Park Service.

“That is one of the primary reasons why the park service is struggling to keep up with the repairs,” she said.

The issue has gained traction among the American public, but also with federal leaders. A bipartisan bill in Congress calls for diverting $12 billion in federal oil and gas royalties from the national treasury to fund the parks’ maintenance backlog over 30 years. U.S. Rep. Tom Cole is the only member of Oklahoma’s Congressional Delegation to co-sponsor the legislation, titled The National Park Service Legacy Act. The legislation was introduced just months following President Donald Trump’s 2018 budget proposal to cut nearly $400 million from the parks.

Pew Charitable Trusts views the legislative proposal as part of the solution, said Argust, who stated park supporters also see an opportunity with future national infrastructure initiatives. To cut down on nearly $12 billion in maintenance projects, the solution could include federal appropriations, fees, endowments and public-private partnerships.

“This campaign isn’t about just restoring the physical integrity of our national parks,” Argust said. “It is really about ensuring the public visitors have access to the park’s resources. It is also about preserving our nation’s history. The park service maintains 28,000 buildings, many of those buildings are historic structures. We want to make sure those structures are maintained for future generations to enjoy and learn from.” 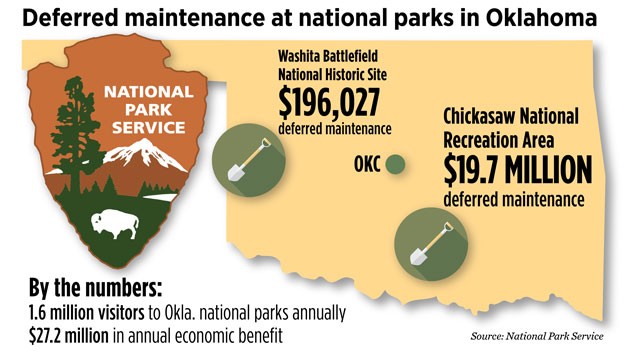 The public-private partnership between the federal government and the foundation was by design, said Kari Watkins, the executive director of the memorial and museum. During initial discussions about creating a national memorial and museum, it was well known that the National Park Service carried a backlog of deferred maintenance. With a private entity overseeing operations, maintenance needs could be addressed quicker.

Watkins said museum admission fees, along with private donations, cover operating and maintenance costs of the memorial, which is open to the public at no cost.

The Oklahoma City National Memorial & Museum serves as a leader for public-private collaboration among park sites, Watkins said. Not only does private museum staff work hand in hand with park rangers to tell the story of April 19, 1995, but have developed programs together. Most recently, a program for local fourth-graders brings students to the memorial and museum with a park ranger visiting their classrooms ahead of the visit to share about the OKC site and why national parks are important.

“It’s an example of what we can do together,” Watkins said.

Print headline: Backlog troubles; In Oklahoma, the National Park Service estimates there are $19.9 million in deferred maintenance for sites.