Nearly two dozen teachers from across the state won campaigns for office Nov. 6 and will fight to make education a priority.

Long before an estimated 30,000 teachers marched at the state capitol for 10 days in April, educators met with their state representatives and urged them to enact legislation that would increase school funding. Oklahoma was ranked one of the lowest in the nation for per-pupil spending and teacher pay, and the damning statistics could be felt within classrooms across the state.

Efforts paid off March 29 when Gov. Mary Fallin signed into law the biggest teacher pay raise in Oklahoma’s history and outlined the tax hike that would pay for it. Fallin said taxes on cigarettes, motor fuel, oil and gas production and lodging would account for the estimated $450 million lawmakers would spend to raise teacher pay by an average 15 to 18 percent.

The collective response was that the pay raise, like the march at the state’s capitol, was just the beginning of what was to come. OEA issued its Together We’re Stronger campaign, a three-year four-prong approach to curing classrooms across the state.

“The pay raise was a good start,” OEA spokesman Doug Folks said. “But we need to remember that it was just the start and that we still have a long way to go.”

To ensure their voices would not be silenced, teachers banned together to form a caucus supported by OEA and other education advocacy groups and ran for office in unprecedented numbers.

The names of 65 teachers and education professionals from every county in Oklahoma graced ballots on Nov. 6. Seventeen members of the Educator Caucus were elected into office on Election Day, bringing the total number of lawmakers who are educators to 26, the highest number in the state’s history.

With more seats at the table, teachers turned lawmakers said will ensure the momentum to better fund classrooms and teachers continues. 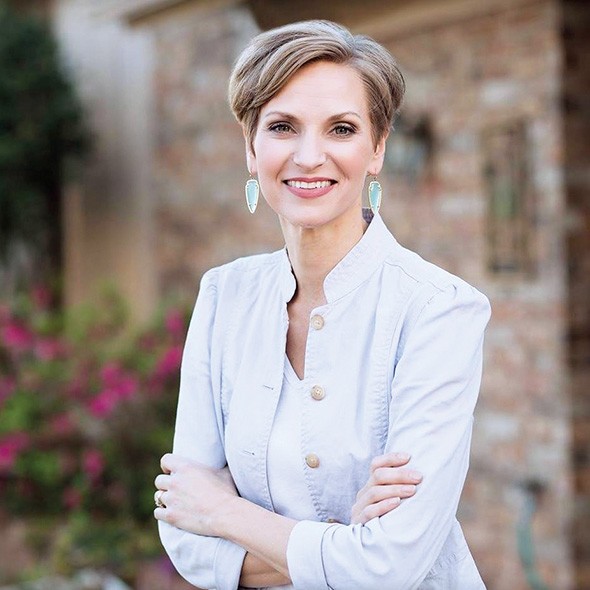 For Deer Creek Public Schools math teacher turned state senator Carri Hicks, the change in profession is not one of promotion but one of sacrifice.

“I’ve loved being a teacher,” Hicks said. “I’m incredibly thankful that I was elected to represent teachers and students. I know the struggles that are faced in the classroom. That will be the motivation I’ll carry with me every day. I may have to stop teaching professionally, but I’ll never stop having a teacher’s heart.”

Because both teachers and elected officials receive compensation through government funds, Hicks said, they are prohibited from holding both titles at the same time.

Hicks signed up to be a volunteer substitute teacher for Deer Creek Public Schools.

“When I met with my legislator before April, I was told that I was lying about the overcrowding of our classrooms and the shortage of teachers,” she said. “If there really wasn’t a problem, I wouldn’t have ran for office. I know that when a teacher is sick, it means another teacher has to step in.”

Becoming a senator does not mean Hicks will abandon what she views as her teaching responsibilities.

“I made a promise to my students to give them the best education I could,” he said.

Waldron said he will continue to teach as a volunteer until the end of the academic school semester and before the legislative session begins in 2019.

Both lawmakers said they will advocate for a reduction in classroom sizes, increased teacher pay and an increase in per-pupil spending, all of which are objectives included in OEA’s Together We’re Stronger campaign.

By the year 2020, OEA expects lawmakers to ensure that teachers are given a combined $10,000 pay raise and education support employees, including school bus drivers and cafeteria workers, are given a $5,000 raise. Together We’re Stronger also asks lawmakers to restore public education funding by depositing $200 million into a classroom general operations fund, increasing the cost of living for retired teachers by adding 5 percent to the existing pension system and fully staffing state agencies who support schools and education.

Anything short of compliance with OEA’s requests, Waldron said, would be shortchanging Oklahoma’s children.

“I think if more of us had been in the state Legislature years ago, we might not have seen the massive cuts to educational funding that we’ve seen,” Waldron said. “But the important thing is that we’re here now and we’re not going to let that happen again.”

“We are fighting to change a system where teachers have to work two to three jobs just to make ends meet ... where teachers are drowning in student loan debts ... where outdated history books don’t go beyond the 43rd president of the United States and where wasp nests can be found in the cracks of the floors,” she said. “If politicians won’t hear us at the Capitol, then we’ll make damn sure they’ll hear us at the ballot box.”