Once the last state to legalize tattoos, Oklahoma hosts a tattoo arts convention. 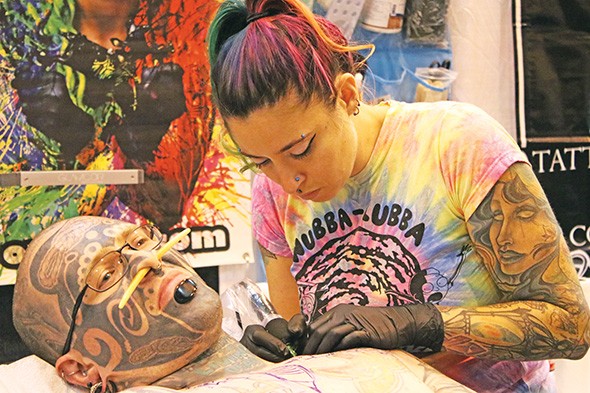 In 2006, Oklahoma became the last state in the country to legalize tattoo parlors, joining South Carolina and the city of Milwaukee in the same year.

As tattoos in Oklahoma went from underground and backwoods parlors to mainstream, their increased popularity mirrors a national explosion of acceptance of the ancient art form that as recently as a few decades ago was seen as something only for gang members and sailors.

Cox Convention Center, 1 Myriad Gardens, welcomes the first Oklahoma City Tattoo Arts Convention July 12-14 sponsored by Villain Arts. The event features tattoo artists from around the country, including multiple artists featured on the Paramount Network reality series Ink Master and many prominent local artists. Tickets are $20 per day or $40 for a three-day pass.

“In the first five years [after Oklahoma and South Carolina legalized tattoo parlors], there was a big difference where you had a population that was never exposed to the culture of it and people didn’t have tattoos as much as everywhere else, but now I think it is pretty caught up to the rest of the country,” said Philadelphia-based artist and Villain Arts owner Troy Timpel, who has expanded the footprint of the convention to 22 cities over the last 20 years.

More than 100 tattoo artists, including James Vaughn, Anwon “Boneface” Johnson, Kyle Dunbar, Al Fliction and Janelle Hanson from various seasons of Ink Master will be at the convention. Annette LaRue of Vice’s Tattoo Age and artists from VH1’s Black Ink Crew will be available to convention attendees.

Artists are listed on the Villain Arts website, and people can contact them through their social media pages to set up appointments, but they are not required. Event organizers encourage people to walk around from booth to booth to find styles in which they’re interested. Prices are negotiable, depending on the parameters of the desired work.

“It’s kind of like a consumer lifestyle show. It is quite the eyeful to see; there’s a lot going on,” Timpel said. “If you’re interested in tattoo culture or come check out the weird assortment of stuff we have going on, it is a great weekend to check it out. It’s an all-ages show, and kids 12 and under are free. You can bring the kids, take a lap and have fun.”

The convention features daily tattoo contests where attendees can be part of an award-winner created the day, but Saturday and Sunday also features ones for best tattoo designs created anytime, anywhere. There are also appearances by sideshow performers like The Enigma, who has undergone body modification like horn implants and had a full-body jigsaw puzzle tattoo. The Enigma has been featured on The X-Files, National Geographic, The Guinness Book of World Records and Ripley’s Believe It or Not!

Burlesque performer Marlo Marquise performs Friday and Saturday while The Olde City Sideshow and The Captain’s Sideshow will be featured all three days. 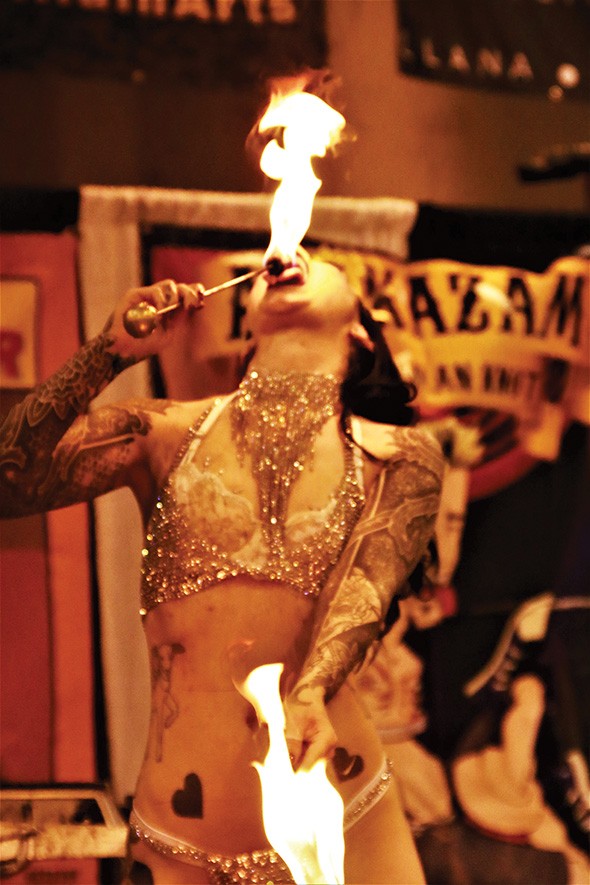 “We try to provide stage entertainment so people have something to do if they’re not getting a tattoo,” said the event’s host and emcee Chris Murray, who performs as Dr. Carl Blasphemy. “We’re big on that so parents don’t have to pay for a babysitter. [Kids] are already watching the tattoo experience in their living room as their parents watch the reality shows, and it becomes family time. They’re the next generation of tattoo artists and collectors.”

Nearly 1 in 3 Americans had a tattoo in 2015, which was an increase from 1 in 5 just three years earlier, according to Vox. It’s a number that is higher among younger generations. A 2016 Harris poll found that 47 percent of millennials (people born between 1982 and 2004) have a tattoo. According to Vox, the number of Americans with a tattoo has doubled since the introduction of Instagram in 2010.

“The TV shows have done a really good job of showing what tattoos are capable of getting done these days,” Timpel said, “being able to see the quality and craftsmanship that’s capable in the medium now. Whereas 20 years ago it wasn’t as much of a fine art form that it has evolved into now, and I think the TV shows and social media have done a really good job in showcasing the talent in the medium. Because of that, more people have gravitated to tattooing and more people are interested in getting tattoos than ever before.”

In the first half of the 20th century, sideshows helped showcase the artistry of American tattoo culture, according to Vox. Before the intricate work displayed by artists and performers in the sideshow culture, tattoos were predominately seen in the relatively rudimentary work done with sailors, who use different markings to symbolize travel marks and distance.

In the 1970s, Life Magazine featured a two-page spread on the artistry of tattoos, and the launch of MTV in 1981 put tattooed performers in music videos on television sets around the world.

Timpel said the art style of tattoo artists has become more intricate in the last 20 years. Sacred geometry—a motif that uses geometry to showcase patterns with ties to the natural world and religion—is becoming increasingly popular, as are photorealism and dotwork.

“There are a lot of styles and textures that people are getting now that really replicate fine art,” Timpel said.