Interim Labor Commissioner does good work for the community 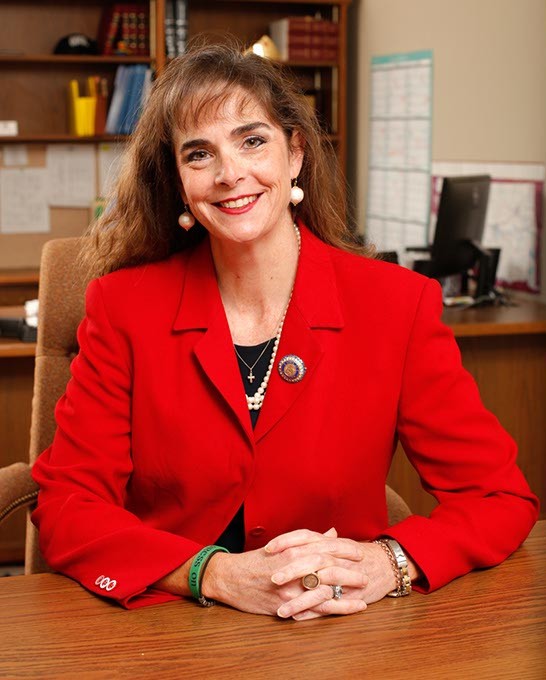 Before presenting an entrepreneurial award to a roofing and sheet mental business with a long history of job creation in the Lawton area, Interim Labor Commissioner Melissa McLawhorn Houston listened as the owner of Brox Industries, the grandson of its founders, spoke about his family’s dedication to serving their community though responsible business practices and creating jobs for their neighbors.

The message was in line with past recipients of the Entrepreneurial Excellence in Oklahoma Award given by the Oklahoma Department of Labor since 2012. Created by late Commissioner Mark Costello, the award recognizes Oklahoma-based entrepreneurs who create profitable employment for fellow Oklahomans.

The award was one of the first aspects of the agency Houston became versed in. She was appointed to the office in November by Gov. Mary Fallin. Daily, she walks by a spread of photos of past award winners in the agency’s hallway. Two months ago, Houston renamed the award to recognize Costello, who was tragically killed in August.

“Commissioner Costello was an entrepreneur, and he recognized entrepreneurs as the engine for the economy,” Houston told Oklahoma Gazette. “When I came into this office, I thought it was a very fitting way to recognize him and his legacy to rename the award in his honor.”

The award’s core message of helping fellow Oklahomans resonates with Houston, who comes from a background rich in public service. The Norman native wants to serve the state and has done so in various ways since beginning her career as a young attorney stationed at a law office in the Alfred P. Murrah Federal Building. Three months into her first job, she survived the 1995 terror attack that destroyed the building, killed 186 people and changed Oklahoma City.

“To have an experience like that at such a young age and at the beginning of my career really brought home the fact that life is short,” Houston said. “I needed to do something that had purpose. That lead me on a path, which I think landed me in positions in service to the state.”

As the Commissioner of Labor, Houston is responsible for the enforcement of labor laws that promote fairness and equality in the workforce. The work of the labor department goes beyond settling wage claims. Staff works with employers on workplace safety.

One popular program is the Safety Pays Occupational Safety and Health Administration (OSHA) Consultation program. Safety professionals work with small, private sector employers on reviewing the workplace and offering solutions for correcting safety and health issues. The program is offered at no cost to the employer and can reduce workers’ compensation costs.

Houston tagged along for elevator inspections, amusement ride licenses and calibration of CNG pumps at a gas station to learn the regulatory side of the agency.

“The staff have been very impressive to me,” Houston said. “Their salaries are entirely too low. They could go into the private sector very quickly with their talents and skill levels. There are many things we do here, and these people are experts in their areas. … There is a level of team work and a dedication to public service that is agency-wide.”

Early on, Houston announced she won’t seek election after completing Costello’s term. She sees herself in a unique situation to bring about policy change in the agency and not worry about political recourse. The term ends January 2019.

“It is an incredible opportunity, especially for someone who has a real passion for public policy,” Houston said. “I’ll spend three years really taking a look at the agency and what changes could be made.”

As the head of the labor department, Houston would like the agency to be viewed as a partner for businesses. She believes the agency’s services can help businesses achieve their goals while still serving consumers and providing safe workplace conditions.