Austin-based musician Joe Pug is doing what many wish they could also do during the hectic and busy launch of this year’s monster South by Southwest industry conference and festival: He’s leaving town. 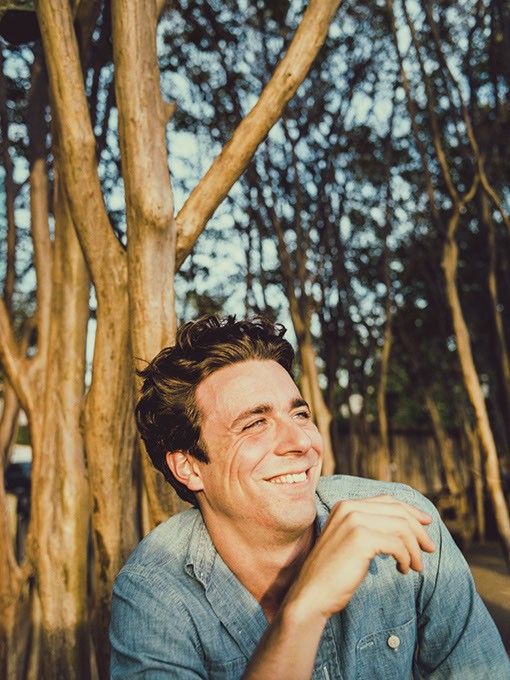 Austin-based musician Joe Pug is doing what many wish they could also do during the hectic and busy launch of this year’s monster South by Southwest industry conference and festival: He’s leaving town.

The singer-songwriter released his indie-folk album Windfall this week and kicks off his tour to support it with a Saturday concert at Opolis, 113 N. Crawford Ave., in Norman. Field Report opens. Tickets are $12 in advance, $15 at the door. Doors open at 8 p.m., showtime is 10 p.m. You must be at least 21 to attend.

He has performed hundreds of concerts since his high school days, where he covered other people’s music to make extra cash. Soon, he was creating his own music, and he has gone on to play concerts and festivals from coast to coast. This tour has nearly 40 stops all over the country, from Los Angeles to New York City.

Here is his Oklahoma Gazette Q&A.

What do you like about Oklahoma that keeps bringing you back?

We’ve been coming through Oklahoma annually for the last six or seven years. I feel like there’s a real respect for singer-songwriters in your state because of the rich Woody Guthrie legacy.

Many musicians hate being pigeonholed with genre labels, but your sound encompasses so many elements. How do you describe your sound?

So many musicians get caught up with not wanting to “label” their music. To me, that’s really vain and precious. And it’s also a bit delusional. First of all, no one’s going to listen to your music in the first place, so relax. Second of all, you’re not as original as you think you are. You are not a special, individual little snowflake.

All of this is to say I think you could describe my music as folk or Americana or singer-songwriter or rock. All of those terms are accurate to a degree and give people a good sense of what they might hear if they’re a new listener.

You obviously play a lot of live shows. What’s one of the most memorable moments from a live show that sticks with you and has influenced you most regarding how or why you perform?

As a band, we opened for the legendary Levon Helm before he passed. And seeing how much joy he was still getting from performing five decades into the business, it was very inspiring. None of us will ever forget it.

Honestly, evaluating how rich my life actually is. Appreciating the chance to do what I love for a living. Being grateful to anyone who comes to a show or buys an album to make that a reality.

What does the name Joe Pug stand for? How did you get it?

My full last name is Pugliese. Pug was my nickname growing up.

Windfall is your newest album, inspired and influenced by musicians like Josh Ritter and Ryan Adams. What are three of your biggest influences and why?

John Hiatt for his lyrics, John Fahey for his guitar playin and Tom Petty for making everything look so easy.

Will fans hear most of the new album live at your Norman show?

They sure will, along with some older songs that have become standards in our set.

How did you end up working with Pat Sansone of Wilco on Windfall? (He plays Mellotron on the track “If Still It Can’t Be Found.”)

I got my start playing music in Chicago and had many mutual friends with Pat. Even after all he’s accomplished, he’s still a very open, accessible musician to people who are just getting started. I think it comes from a genuine enthusiasm for music. He can’t help but get excited about new projects. And that’s your only job as an artist: to continue being inspired.

I’ve heard that you still “drink bourbon on occasion.” How does bourbon help your creative process? Or does it?

Bourbon does not help anything. But it’s delicious.