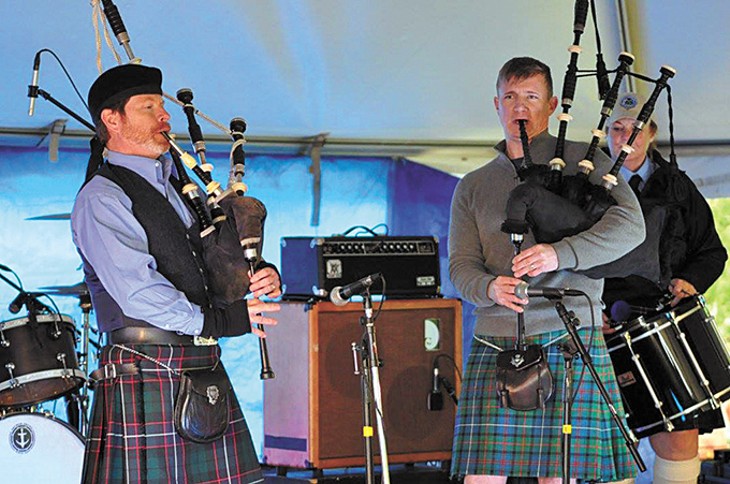 “It takes a lot of energy to do this,” said Jonathan Irvin, president of United Scottish Clans of Oklahoma and Iron Thistle’s athletic director and festival chairman. “There’s food vendors, merchandise vendors, a dance tent, acoustic tent, main-stage tent, kids’ area, sheep herding. The Boy Scouts do all kinds of different stuff. There’s just so much stuff going on all the time. Just imagine the state fair and put everybody in a kilt.”

Pronounced “kaylee,” the cèilidh features a fire ceremony and live music by Flowers of Edinburgh, an Oklahoma City-based band specializing in Scottish and Irish folk and dance music. The festival officially opens that evening with the calling of the clans, or families.

“Someone representing a Scottish clan, even if just by their last name, they usually have their motto,” Irvin said. “And whenever their clan is called to come up, they will announce their family’s saying and that clan will be welcomed to participate in the festival. It’s kind of an old way. It’s kind of like ‘Pomp and Circumstance.’”

Clan Henderson is the honored family this year, but many clans will be in attendance, offering genealogical information to people interested in researching their possible Scottish roots.

The opening cèilidh is free to attend. Tickets for Saturday and Sunday’s festivities are available before the event on United Scottish Clans of Oklahoma’s website. Tickets are free-$15. Children age 9 and younger are admitted for free.

"It needs to perpetuate Scottish activity to try to put some longevity to it, to pass it on, to remember where we came from." — Jonathan Irvin tweet this

Festival activities highlight traditional Scottish cultures and ways of life. Athletes can compete in nine events including the caber toss, hammer and Braemar stone throw and weight over bar. Sheep- and cattle-herding demonstrations are scheduled (Highland cattle are often called “coos”), and live music from bands including OKC’s Ravens Three and dance performances can be viewed on several stages. Vendors will sell traditional food and more conventional American fare and Scottish crafts and wares such as jewelry, clothing, weapons and toys.

“We really try to push a Celtic in general festival,” Irvin said. “We don’t have garage sale people out there or people that want to sell you windows, all that sort of stuff. We really try to keep a more Celtic feel overall. And we really push the traditional family event. We’re sponsored by Guinness this year, so we do have beer and food for all ages, entertainment for all ages and a kid’s area, but we really stress the family event. That really allows us full range in the spectrum, a good gradient of people that could be there.”

Iron Thistle’s main purpose is to get more people and younger people interested in Celtic history and customs.

“It needs to perpetuate Scottish activity to try to put some longevity to it, to pass it on, to remember where we came from, remember the old traditions, try to keep them alive, because everything that we’re doing now that has any kind of sentiment, you know, ‘Mind your Ps and Qs,’ little sayings and stuff like that, all that came from back in the day,” Irvin said. “So that’s most important because if you didn’t have that, then some people wouldn’t know where they came from and wouldn’t have a clue about what their name means or what their ancestors did or what they went through to reach this point here. That’s what we do.” 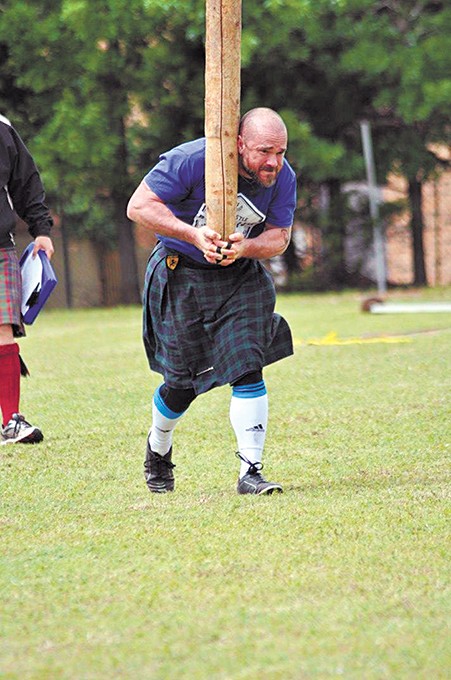 Before United Scottish Clans of Oklahoma could hold a festival of this scope and size, the group had to be reorganized.

“We kind of breathed life back into it several years ago,” Irvin said. “When I joined the USCO 14 years ago, the USCO hadn’t had a festival in a few years. Being a nonprofit, a lot of times you have no profit, so therefore you can’t have a festival. So whenever I came on, I kind of started working with members to get stuff going.”

“The thistle is the national flower of Scotland,” Irvin said, “even though technically over here, it’s a weed. There’s iron, the iron is tough, so we thought, ‘Hey, Iron Thistle.’”

Despite conditions that Irvin described as “pretty terrible, because it rained all weekend,” last year’s festival took place as planned, but Irvin said he would like to see this year’s crowds return to the sizes reached in 2016, when he estimated between 7,000 and 8,000 people attended, so that the organization can afford to keep the tradition going.

“That’ll keep us in underwear,” Irvin said, “and we’ll be able to do it again next year.”