The Oklahoma International Bluegrass Festival returns to Guthrie for its 25th year.

Well it’s just about that time of year once again when many a bluegrass bard, bone playin’ chicken pickin’ troubadour, and country-fied crooner will all be finding their way to Guthrie.


Michael Cleveland & Flamekeeper, The Grascals, The Kruger Brothers and Frank Solivan & Dirty Kitchen are your headliners, with almost two dozen other acts performing over the three-day event.


This year is a big one as it marks the first quarter-century of the annual festival.


It all started with a grant to incorporate the festival as a non-profit. From there they took it from just an idea, and turned it into a reality. Kenny Parks joined the board of directors in 1996 and still serves on it to this day.


“It has been run well and so passionately by all of the volunteers for so many years. For instance, we have many volunteers that have been with us for over twenty years now, and they did this for reasons of their own personal passions pertaining to our mission statement,” Parks said. “That mission is to provide financing for opportunities for children to be exposed to music. We have an annual music scholarship that has given over $250,000 since we began. The youth recipients can use the funds for music lessons and other things related to pursuing their interest and passion for their musical education. They might want to go to a musical workshop somewhere or pay for their lessons.”

Doug Hawthorne got involved through his career with the Oklahoma Department of Tourism & Recreation.


“I just happened to be sitting in Oklahoma State Representative Joe Hutchinson’s office one day when three-time World Champion Fiddle Player, Byron Berline walked in. He said he had an idea to start an international bluegrass festival in Oklahoma,” Hawthorne said.


“Byron was moving from Los Angeles back to Guthrie at the time and he is the one who actually started the Oklahoma International Bluegrass Festival. Representative Hutchinson pointed at me and said, ‘Well there’s your guy, he can help you make this happen.’’


Guthrie was chosen after a senate resolution as the home of the festival, Parks said.


Vince Gill and Ricky Skaggs are both honorary members of their Board of Directors, Parks said.


“We’ve had as many as nine hundred a year come through our children's tent. We have a very dedicated woman that has been running it for ten years. The organization is all run by volunteers,” Parks said.


“There is also a large tent where people can just sign up to perform. All you have to have is the ability and desire to sign up. And you can sign up and perform on a stage in front of a crowd. And the crowd is always very receptive because we get everything from young kids to 90-year- old men that play there. And hopefully that builds their confidence in performing live in front of a crowd. We’ve even had the Turnpike Troubadours perform here about three times,” Parks said. 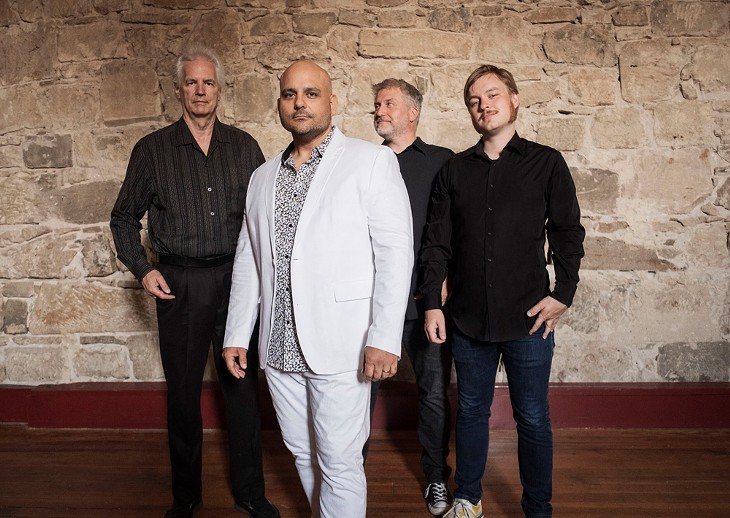 The Red Dirt Rangers are the only band that has played every single one of the Oklahoma International Bluegrass Festivals.


Now that is a ‘true blue’ Oklahoma band,” Parks said.


“We also do another event called The Random Band Jam on Friday night on the main stage. “So they put out jars where you can put your name in the jar of the instrument that you want to play that evening. At some point in the day a committee pulls the names out of these jars randomly and puts together who will play with whom in their band that has been randomly formed. Then their names get put on a poster, and the players are required to show up and they can decide on a few songs to play and rehearse for about an hour or so before their performances,” Parks said.


Come on out and be ready to hear and enjoy some world class pickin’ and grinnin’ in Guthrie. Stay the night if you’d like because a low-priced campground is available to festival goers.


And remember, It don’t mean a thang if it ain’t got that twang.