Islam is strong, growing in Oklahoma 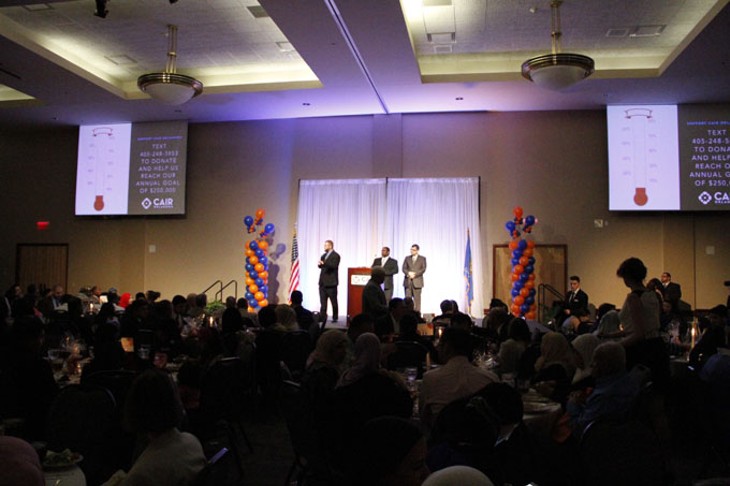 Nihad Awad came to Oklahoma City for the first time just weeks after the Murrah bombing. Awad is the national executive director of the Council on American-Islamic Relations (CAIR), and his organization was less than a year old when Timothy McVeigh murdered 168 people.

“People forget that the Muslim community was accused of the bombing immediately after it happened,” Awad said. 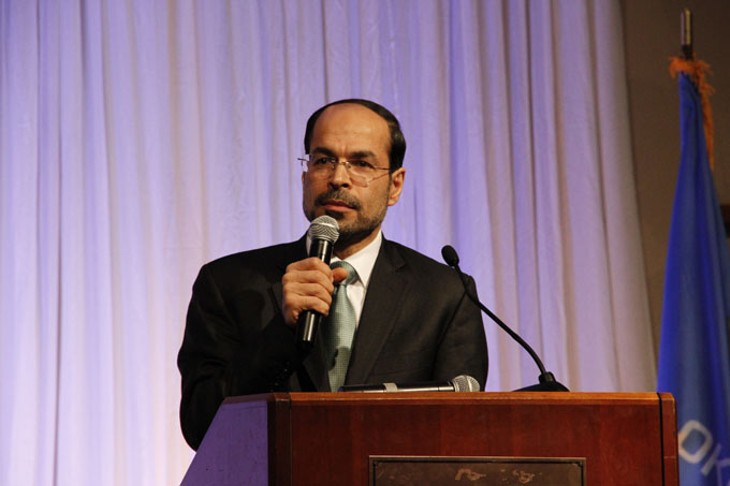 In fact, Ibrahim Ahmad, a Jordanian national who lived in Oklahoma City, was initially questioned in Chicago and London. Most networks reported that Middle Eastern groups were suspected, and venerable publications like The Wall Street Journal reported or implied it was the work of Islamist terrorists. Public anger was directed at Muslims all over the U.S., culminating in a Muslim woman in Oklahoma City miscarrying a child while an angry group of Oklahomans threw stones at her house, according to American Journalism Review. She said she was too afraid to leave her house to seek medical attention.

Awad was in Oklahoma on March 28 to address Oklahoma Muslims who gathered for the ninth annual awards banquet for CAIR Oklahoma at Reed Conference Center in Midwest City. According to Adam Soltani, the director of CAIR Oklahoma, 550 people attended the event, some of whom were Christian ministers and other friends of Oklahoma’s Muslim community.

“We partner nationwide with the interfaith community,” Awad said, “both for unity and the protection of the American fabric. We defend the civil rights of American Muslims and try to inform the public about Islam with the goal of creating mutual understanding.”

According to Soltani and various other sources, the Muslim population of Oklahoma is approximately 30,000. The number is difficult to substantiate, as the U.S. Census does not ask about religious affiliation, but whatever the difference, it is still less than one percent of Oklahoma’s population. That does not mean that Islam is not thriving in Oklahoma though.

Saad Mohammed moved to Oklahoma 22 years ago. The Brooklyn native served in the U.S. Navy before he converted to Islam, and now, he and his wife raise their twin sons in the metro. Mohammed is on the board of CAIR and oversees communications for The Islamic Society of Greater Oklahoma City.

“The faith is growing like crazy,” Mohammed said. “We are seeing so many conversions.”

Mohammed was at the event only a day after another Oklahoman “took Shahada,” at ISGOC’s mosque on N. Portland Ave. The Shahada is the first pillar of the Islamic faith (there are five total), and the phrase, which is the first step in the conversion process, is familiar even to non-Muslims: There is no God but Allah, and Muhammad is his messenger.

The recent convert and his wife — who was scheduled to take Shahada on March 31 — are only two of many who are finding something compelling in this third of the Abrahamic faiths. Mohammed, an African-American, addressed the reasons that people — especially those, it seems, from the African-American community — are converting.

“I converted because of the love, support, brotherhood, strong community and strong family,” he said. “The mosque is like the United Nations; there are so many different ethnicities represented, even Caucasian.”

In fact, at the event, the mixture of races was remarkable, especially for Oklahoma standards, and Caucasian Muslims were well represented. One of the keynote speakers was Imam Suhaib Webb, an Oklahoma native who grew up in the Church of Christ. Imam Webb is now the most high-profile Caucasian imam in the United States. As he moved among the crowd, he greeted his fellow Muslims in the traditional fashion — with a kiss on each cheek — and conference attendees took his picture, shook his hand and asked if he would be in photos with them. 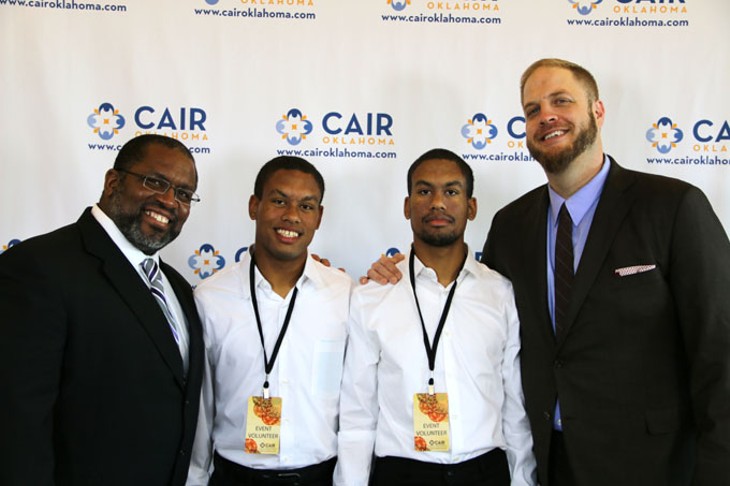 The ease with which the races meet, greet, talk and worship together is one of the signature marks of Islam, and Mohammed referenced it as he talked about Oklahoma converts.

“The acceptance of the community is appealing to Americans,” Mohammed said. “It was the reason Malcolm X converted. The brotherhood of the races he saw in the Hajj (pilgrimage, the fifth pillar) brought about his conversion.”

Mohammed said that one of the challenges was contending with the individualism that is so endemic to American culture.

“People convert and bring a cultural background with them, and we try our best to teach them that American culture and the Islamic faith can exist side by side,” he said.

Every religion is challenged by American individualism, but the practices of Islam — especially prayer, fasting and weekly worship (Jum’ah prayer) — help transform people into people of faith. Still, the event managed to seem completely normal, even to an outsider.

Groups of teenagers, including girls with and without hijabs and boys in suits, clustered in pods, flirting, giggling and whispering under the watchful eye of parents and peers. At times, it felt like the youth group lock-ins in churches all over Oklahoma or that brief period of time following Sunday service when the kids play while the adults pray or say their goodbyes. It felt normal.

The Muslim community is integrating in Oklahoma in ways we do not always notice.

However, the integration is occurring. Oklahoma is now home to 28 halal restaurants. Halal rules concern food, especially slaughter and preparation, much like kosher rules for Jews. There are 11 halal markets, 16 halal caterers and ten mosques. Two private schools for K-12 educate young Muslims every school day.

“If 9/11 is the benchmark — and I hate to use it, but it is what put the spotlight on Muslims — the number of mosques and organizations have grown 74 percent since the attacks,” Awad said. “From 2000 to 2010, the number of mosques in the U.S. grew from 1,200 to 2,220. The Muslim community has become more institutionalized, and now, the infrastructure is developing everywhere, even Oklahoma.”

Print headline: State of religion, A CAIR event brings together multifaith leaders for a discussion about religion and Oklahoma’s Muslim community.