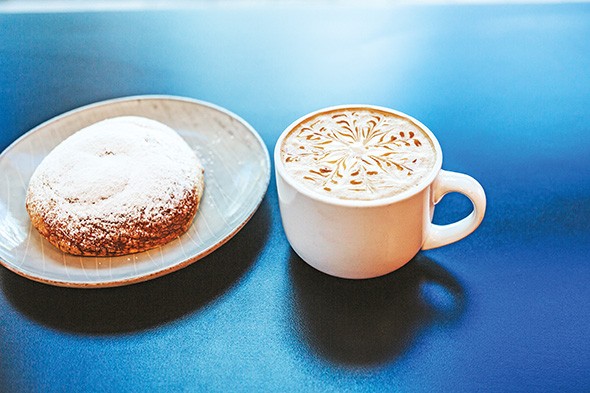 Hector Lopez and Wenddys Rios could not locate Oklahoma on a map until Hurricane Maria brought devastation to their native Puerto Rico in 2017.

They had no plans to open a bakery either, but their love of desserts and pastry from their home led them to open Oklahoma’s only Puerto Rican bakery, D Taino Bakery, 300 Park Ave., Suite 1103, which opened in early February and is connected to Metropolitan Library System’s Ronald J. Norick Downtown Library.

Lopez, an electrical engineer with a background working in the biotech and pharmaceutical industries, was offered a job in Oklahoma City out of the blue a few months after Hurricane Maria caused nearly 3,000 fatalities and $90 billion in damage to the island.

“When they called us, we said, ‘Okla-where?’ We weren’t sure where Oklahoma is, but it was a no-brainer,” Lopez said. “We were living on the 20th floor without water or power.”

Six months after relocating to Oklahoma City, the company that hired Lopez informed him that they did not have the money to support his position and he was laid off.

He and Rios began to plan their next move. They did not want to leave Oklahoma because they had begun to build roots, but they also did not want to live in a place with no access to the coffee and baked goods that are an intrinsic part of life in Puerto Rico.

So they took matters into their own hands, even though neither Lopez nor Rios has any experience baking professionally or in the restaurant industry.

“We noticed that we couldn’t find any coffee, bread or sandwiches with our [Puerto Rican] touch,” Lopez said. “We went to all of the coffee shops and bakeries, but something was missing. We were desperate and unemployed, so we said, ‘Hey, let’s do it. Let’s open a bakery.’”

To ease their transition into small business ownership, they used resources at Rose State College, which helped them develop a market and business plan to secure a business loan.

They lived near downtown and noticed the space connected to the library was open, but by the time they inquired, two other potential tenants applied. All three had to present their plan to Metropolitan Library System, and D Taino won the proposal.

“We placed our heart into it,” Lopez said. 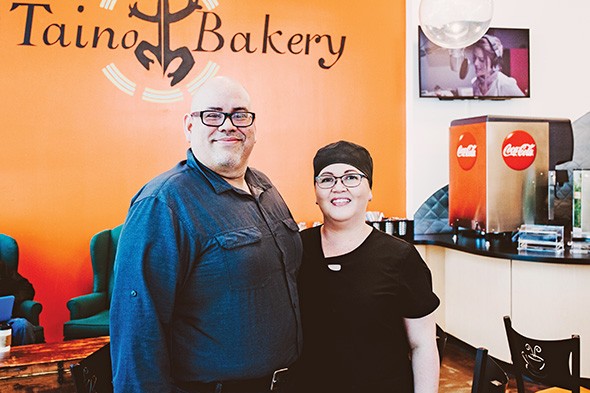 Developing D Taino’s menu of pastry and breads was a complicated process for Rios, who became a certified food manager with the state, because she could not rely on family recipes for breads like sobao or Mallorca.

“The main issue is that in Puerto Rico, they don’t teach you the bread recipe openly. She had to develop the recipe for herself in Oklahoma,” Lopez said. “It took hundreds of pounds of bread to get it right. We had to do a lot of jumping through hoops because no one tells you the recipe.”

Sobao roughly translates to massage or kneaded bread, but most breads are kneaded. What sets sobao apart is its unique two-day process that requires a starter mixture of yeast, flour and water that ferments for 13 hours (shorter than a sourdough starter) but bubbles and becomes spongelike.

The starter is made in the afternoon one day and finished the next morning. The end result is impossibly soft and squishy bread that feels like a cloud when you hold it.

Shopping for specific ingredients to fill the menu is an arduous task. Lopez said it takes stops at four to five places beyond the metro area three times a week to get hard-to-find items like guava and passion fruit.

The bakery offers a rotating selection of pastry like a puff pastry filled with guava jam and topped with powdered sugar, pineapple turnovers, bread pudding and a quesito, which is a light, oblong pastry filled with sweet cream cheese.

“When you go to the display, you are not going to find any doughnuts, bagels or croissants,” Lopez said. “We’ve had to develop a way to explain to some customers what they are eating because they’re not accustomed to it.”

They market trembleque, a popular Puerto Rican holiday dessert, as coconut Jell-O because its consistency is somewhere between pudding and Jell-O. 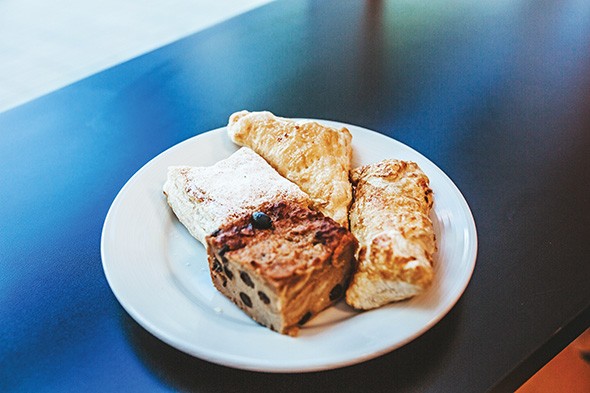 Lopez and Rios struck a deal with the Museum of Coffee in Ciales, Puerto Rico, to ship their preferred style of beans to the shop multiple times per week.

“It’s strong, but not sour,” Lopez said. “We’re the only place in Oklahoma that you can find that coffee.”

D Taino’s commitment to Puerto Rican flavors has paid off in support from the Puerto Rican community, which Lopez said registered as 5,000 people in Oklahoma City in the 2010 census.

They have had Puerto Ricans come from all over Oklahoma and as far away as Kansas to get a taste of home. Lopez is also encouraged by the amount of support they have received from surrounding office buildings and visitors to the library.

Lopez said Puerto Rico is still dealing with the ramifications of Hurricane Maria. He said his family went without power and food for five months following the hurricane.

“Right now, the major complaint is that all the prices went up, all of the meals, supplies and food,” Lopez said. “Even though the services are restored, the prices are sky-high. Everything is more expensive and harder to find.”

His brother is expected to move with his family to Oklahoma City in the coming months, and they are excited to grow together and build off the success of D Taino.

“As soon as people try what we’re offering, they fall in love with the food,” Lopez said.