It's that time of year again: new food at the State Fair of Oklahoma

The Oklahoma State Fair just released the list of new food items that will be offered during the event, and oh, this year is going to be a doozy. The craftsmen who made these delights know no bounds, thank goodness. And we'll all be better for it, even if we are a few pounds heavier. That's what walking around the fair is for.

The 25-item list is full of items just waiting to give you chest pains and carb rushes, and here's a teaser of what you have to look forward to. 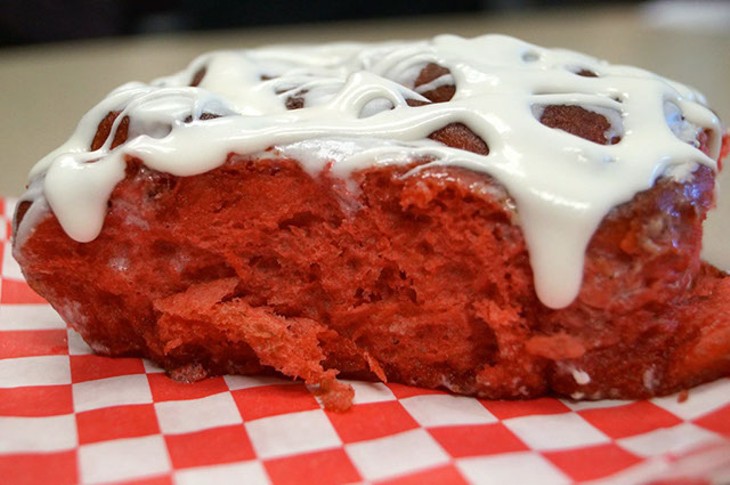 The Red Velvet Cinnamon Roll: We all like the southern delicacy that is red velvet, and who can resist a cinnamon roll? Put them together with cream cheese frosting and you might just achieve nirvana. Or, that might be the sugar high talking. 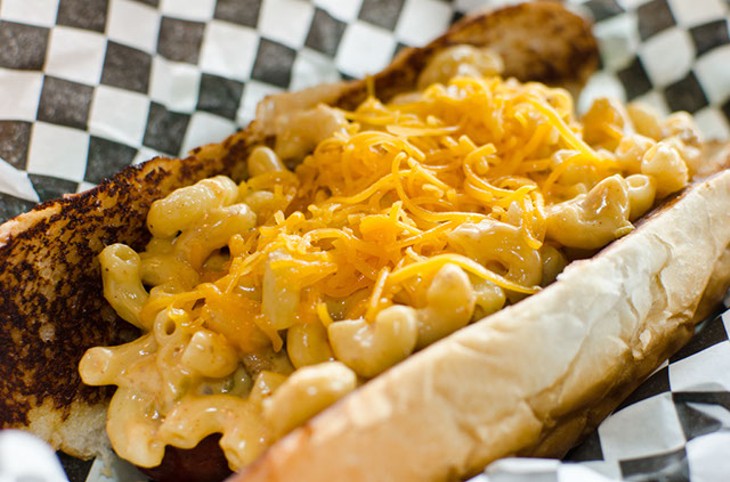 The All-American Dog is just one of Diamond Dawg's tempting creations, and this time they've gone all out. This is a grilled polish sausage topped with macaroni and cheese all on a house-made buttered bun. 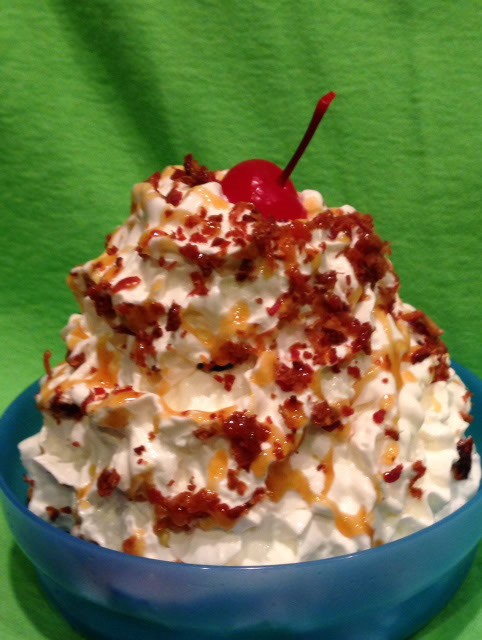 Perhaps the most hilarious aspect of the Bacon Explosion Sundae is that it is brought to you by Guiltless Concessions. Either it's the ultimate in irony, or they have the same feelings about it that we do. If this confection featuring caramel sauce, whipped cream and crumbled bacon is anything we should be guilty about, that ship can sail proudly on. You should tackle this and then go look in a mirror and feel good about yourself. Guiltless, indeed. 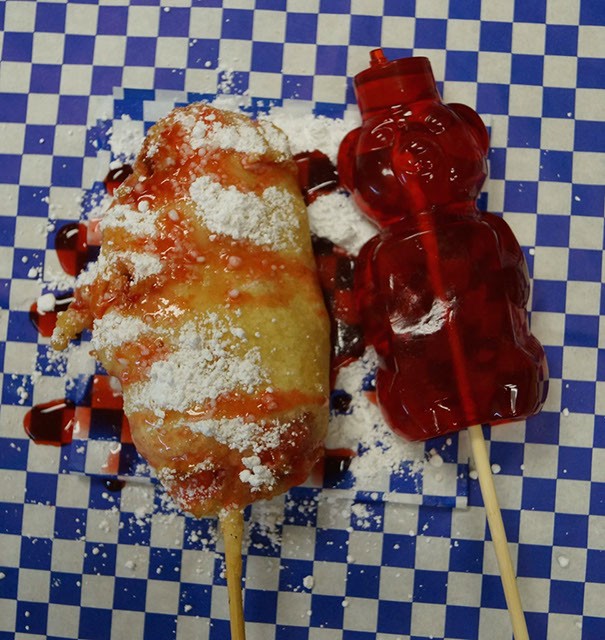 Whoever came up with this, we salute them. And we don't even pass any judgment on how they arrived at this idea. The Deep Fried Giant Gummy Bear is battered, fried, and then drizzled with strawberry glaze and dusted with powdered sugar. And of course, it's on a stick. 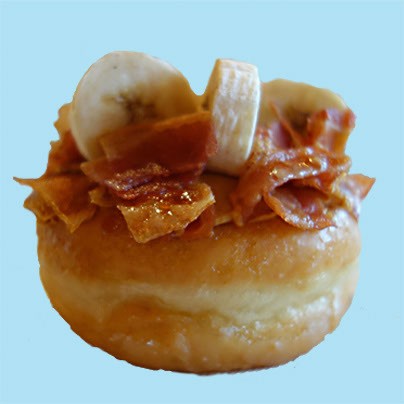 Lil' Bits Donutp is not monkeying around, pardon the pun. This is just one of the over-the-top confections on the menu — The Monkey Time: a donut topped with peanut butter, fresh banana, honey and crumbled bacon. This might be donut nirvana, and it's definitely not only for breakfast.

There are many, many other items new to the fair food scene this year, including Porky's French Toast Burger, which is exactly what it sounds like, Sauerkraut Balls with cream cheese, and cheddar-jack cheese rolled in bread crumbs and fried, for a night-cap, Bacon-Wrapped Jack Daniels: a churro with the booze, maple syrup and whipped cream.

And of course, The Bacon Habit has upped the turkey leg game with the Caveman Special: a giant turkey leg wrapped in just about a pound of bacon before it's smoked. Yowza!

All those and more await you at the State Fair of Oklahoma.