The city council is set to decide whether to demolish three municipal buildings that have gone without use for years. 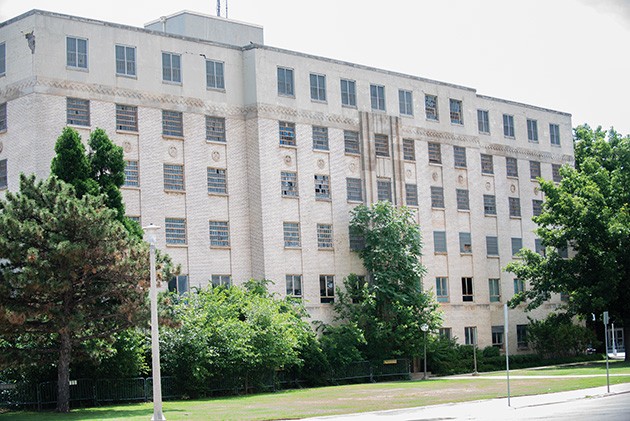 Oklahoma City Council deferred a resolution to demolish the old city jail, police headquarters and municipal court buildings. The council will discuss the resolution at the June 18 meeting.

The buildings, none of which are on the National Register of Historic Places, are in councilwoman JoBeth Hamon’s Ward 6. She asked for the resolution to be tabled because she was interested in getting stakeholders in the same room to have a collective conversation.

“I really value historic preservation, especially given the number of buildings — particularly downtown — that we’ve demolished throughout the decades,” Hamon said. “When I saw that Marva Ellard was the person who had most recently submitted an RFP [request for proposal] to work on rehabbing the building, I touched base with her to sort of see if I could talk with her about it. She’s still very interested in working to try to do something to at least preserve the old jail structure, not so much the police headquarters, which I think many people recognize is very poorly designed. There’s not a lot of ability to really rehab it into something terribly useful.”

The six-story jail has only one working elevator, according to the resolution. The first two floors have at least 8-foot ceilings while the rest of the floors’ ceilings are only 6 feet 10 inches high. The resolution also states that as the building has sat vacant, pigeons and other animals have made it their home.

“The building needs a champion.”
— Marva Ellard tweet this

“The ceiling heights are an issue, as well as the investments in particular,” Hamon said. “The building’s really not been used or kept up. On the outside, I know there’s some area of the building that on the façade, the bricks are falling off and windows are broken out, I assume by animals. There’s open windows that just kind of exacerbate the issues that were already there. There’s a lot of that and even just the facade issues that need to be addressed. That makes the costs and what we can do to rehab it more challenging.”

Hamon tried to tour the jail facility with fellow councilmembers James Cooper and Nikki Nice, but since it was a hot day, they would have been required to wear hazmat suits because of asbestos and other biological hazards.

There are also arguments of whether the location of the building, which is across from the Oklahoma County jail, is good for redevelopment.

“It is part of that whole kind of municipal complex that having some private development … would be an interesting dynamic,” Hamon said. “I know one of the potential talks in the past has been to have a private developer redevelop it and either lease or gift back piece of it to the city because I know the municipal courts and I think some of the police buildings, their storage is very limited. There’s been talks about the top floors that have really low ceilings maybe those could just be storage, so you wouldn’t need to have A/C or climate control.” 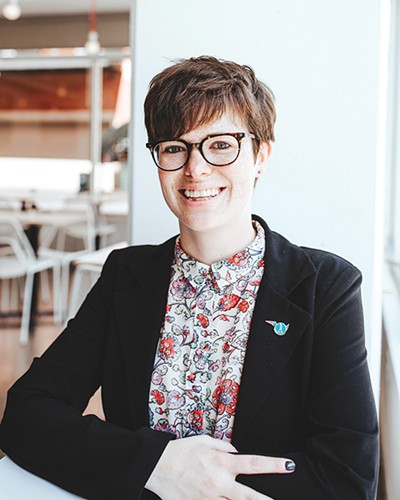 Ellard, a local developer interested in redeveloping the facility, has not been able to reach a compromise with the city for private development. She said there are no issues that would make redevelopment impossible.

“I think what it comes down to is whether the city is willing to let a private developer come in and develop the building on what they consider part of their campus,” she said. “We’ve never been able to come up with a path forward on it because it seemed like a lot of different departments and people were part of the decision making. So there’s been a lot of people to try and please. The city has to decide if keeping the buildings is more important than surface parking.”

Ellard said she is still interested in redeveloping the jail facility but believes a solution will take much longer than the June 18 meeting to find.

“The city has to decide that they want a solution for this that retains the building, and once that happens, I think we can come to a solution,” she said. “The building needs a champion; it needs someone that believes in it and wants to see it retained.”

One of the main issues Ellard has with the city concerns the restrictions on what it will allow her to do with the facility.

“That’s been one of the stumbling blocks all along, is what uses the city will be comfortable with on that site,” she said. “I think we just need to sit down and talk through it and see if we can come up with things that I think are viable and that they can agree with.”

Despite not being designated as historic by any agency, Hamon and Ellard said the building is woven into the city’s history.

“To me, that whole campus of buildings, from the county courthouse through City Hall, Civic Center and then that building, are all so tied together in our history of the city and downtown. If I had some power to save that building and didn’t do everything I could, I don’t know if I would be very happy with myself,” Hamon said. “When I think about the long-term history of a lot of the demolition that happened in the ’60s and ’70s, of downtown, this is maybe not so closely connected to all that, but it’s part of that whole long-term picture. … I would sort of think that a lot of people would look back at that period of the ’60s and ’70s, when we lost a lot of our buildings downtown, and say, ‘Oh, that was a mistake,’ and say, ‘Well, are we just continuing that when we might have some path forward to do something different?’”

Hamon is trying to set up a meeting between Ellard and other stakeholders to find a solution. The resolution is expected to be taken up June 18 on the third floor of City Hall, 200 N. Walker Ave.

“It’s a critical part of the history of the Oklahoma City Police Department, and once it’s gone, it’s gone,” Ellard said. “We can’t replace that building, and no future development opportunity is going to replace the history that that building signifies. So we should take advantage of the opportunities that we have to make that a viable, visible part of our history going forward.”