Is your juice dirty?

I kind of wish that was what a juice cleanse was. Spilled some OJ on the floor? Just run it through the Juice Cleanse and it’ll be good as new! Instead, a juice cleanse is a lot of juice that you drink instead of eating food, and it’s supposed to clean up your insides so you can be healthy.

You might have heard about one locally from Oklahoma City-based Organic Squeeze or seen a few varieties at Whole Foods (including Vim + Vigor, a company started by a pair of sisters who grew up in Oklahoma). And you might have wondered, What’s that like?

I did a couple of juice cleanses. Let me tell you what that’s like.

Organic Squeeze offers cleanses from one to 30 days with six bottles of juice each day at $60 a day. They graciously allowed me to try the three-day cleanse.

You are recommended to go on a pre-cleanse diet for a week, replacing one meal a day with a bottle of juice and cutting out caffeine to help prepare your body for the cleanse. That’s a pretty good idea, because your body will notice that you’re not eating food anymore.

The juices are packed with flavor — so, so much flavor — so much, in fact, that it can be difficult to finish some of the juices. I found Formula 3 (beet, carrot, celery, lemon, orange, red bell pepper, cucumber and basil) and Formula 5 (bok choy, spinach, parsley, green apple, celery and lemon) the hardest to drink. 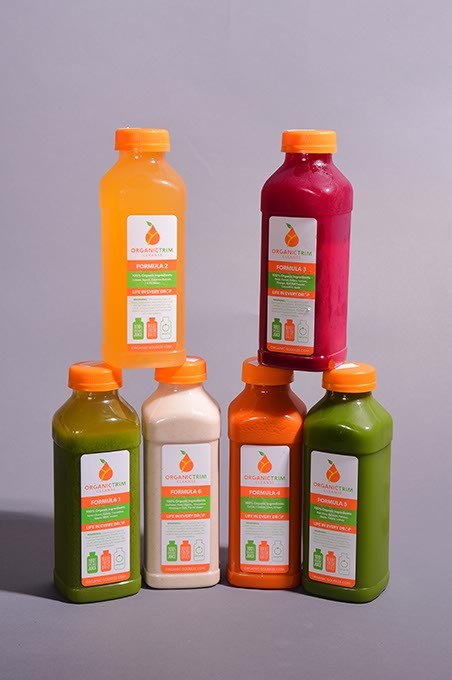 The worst part was using the restroom. You go a lot. A. Lot. And the end of the second day, at least for me, included more cleansing than I wanted.

One thing I really respect is that Organic Squeeze gets that it’s not easy for everybody and straight up tells people to stop “if at any time you are experiencing a bad reaction.” If you’re feeling horrible, stop. It seems like common sense, but some people need to hear it.

Vim + Vigor calls its three-day beginner cleanse “the no-fear, no fail” way to start juice cleansing. That’s because, in addition to juice, you get to eat food.

Does that defeat the purpose of a cleanse? I don’t think so. You drink the juice and lots and lots of water during the day and then, for dinner, you have a “clean” meal like a fresh salad with raw vegetables and a squeeze of lemon. You’re encouraged not to use any oils or vinegars, though some avocado is fine. 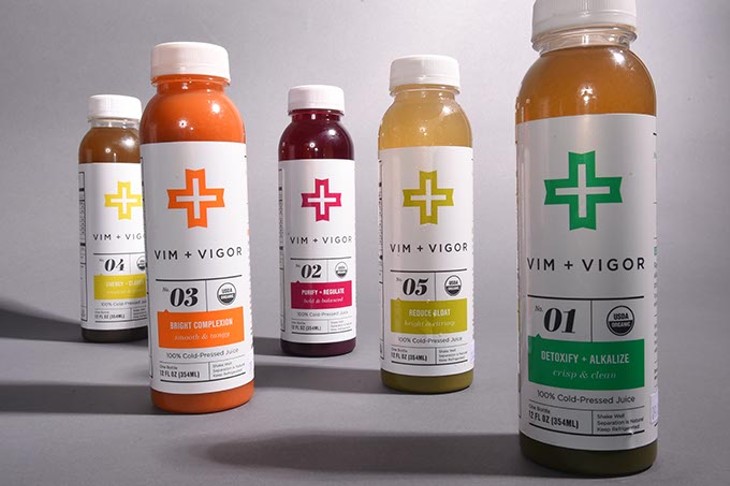 I was on a somewhat modified plan because they wanted me to use the juices available locally, but if you order from them online, it’s three days for $115, plus $60 for shipping.

The names of the juices tell you what they’re supposed to do. I can’t tell you for sure if No. 1 Detoxify + Alkalize did either of those things, but it tasted pretty good. My mid-morning juice, No. 2 Purify + Regulate, was not as enjoyable.

Much as I love beets, the beet juices are still a rough go, though the addition of apple, lime and cucumber helped lighten that intensely earthy flavor.

My lunch drinks — No. 03 Bright Complexion, with cucumber, carrot, apple, ginger and lemon, and No. 04 Energy + Clarity, with pineapple, pear, apple, romaine and mint — were the highlight of the day. Well, unless you count eating a salad for dinner, which is pretty great when you’re just drinking juice and water all day.

You think a salad isn’t filling? It was a lifeline, especially before bed.

I was worried I’d feel sluggish during my cleanses. That wasn’t the problem. I don’t know that my mind was clearer, as some intimated would happen, but I definitely had energy — sometimes a little too much, in fact. My legs bounced up and down all day, and so did my bladder.

I think it’s fine to replace a meal here or there with them. And if you think you need a really radical departure from your current eating habits and you’ve got the money, this is one way to interrupt the works.

Maybe those cleanses really did some good, but it’s kind of my job to eat a lot of food, so whatever effects they had were quickly decleansed by burgers, fries, tacos and other delicacies Oklahoma City has to offer.