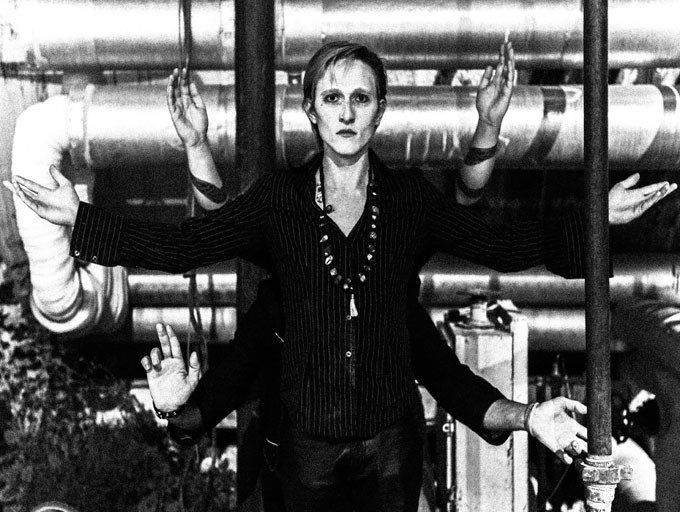 The prevalence of streaming services over the last half-decade has turned into a utility that is taken for granted, one that can be turned on and off, like water or gas, according to veteran Oklahoma City musician David Goad.

In an effort to fight the creeping trend, Goad has organized an intimate Inside the Songwriters Studio performance Saturday at The Root, 3012 N. Walker Ave., where his band Kali Ra and performer Elecktra will share songwriting secrets and divulge potentially embarrassing secrets with host Cassidy Queerface.

“In 2017, it’s hard to get people to come to rock shows,” Goad said. “It seems like what they want is a night out with friends and to feel an intimate connection with performers. They will get to hear stories behind the songs, and I think providing context will make it so that it’s not just background music.”

Goad got his start in the Oklahoma music scene with the avant-garde group Of the Tower. Since that group disbanded, his creative outlet has been Kali Ra. A mixture of pounding post-punk and Goad’s glam rock-inspired showmanship, Kali Ra expanded from Goad’s vision to eight members, including a string section.

The songwriter’s performance will be more stripped down, he said, likely only featuring himself, strings and a keyboardist. He said that he’s excited to pair with Elecktra Stanislava, an acoustic performer who pushes the boundaries by incorporating alternative and blues. Cassidy Queerface is host of Bang Bang Queer Punk Variety Show at HiLo Club and Drunken Fry.

“This show is quintessentially Oklahoman,” Goad said. “It’s a bunch of super artsy people who fall somewhere in the LGBTQ spectrum, especially the Q part. We could be the humanities department of UCO, the three of us.”

Goad said that the best piece of songwriting advice he has ever received is that the song must still be enjoyable even if it is played on one instrument. He admitted that inspiration often comes from being at odds with his surroundings.

“I’ve never written a song out of pure contentment,” Goad said. “I’ve faced tons of backlash as a teenager for developing my personality. I saw glam rock and I was into punk, so I wanted to wear makeup and play guitar, and no one encouraged it. They said, ‘I don’t think so, but 4H club is pretty nifty.’”

He compared growing up in Oklahoma City to Manchester, England, which birthed the punk scene in the late 1970s.

“Manchester was a factory town, a blank canvas. I grew up in Oklahoma City, and for nearly 30 years, we had nothing to do,” Goad said. “It’s only in the last few years that we’ve gotten stuff. A lot of people from my generation saw that canvas and made something out of it.”

This is the first songwriters studio event, which Goad agreed is similar to the popular VH1 series Storytellers. Goad will debut one new song from an upcoming Kali Ra LP that will be released in mid-2018, and his set will be comprised of new material that has only been performed over the last half year.

As rock music becomes more marginalized in the mainstream — it’s no longer the most listened-to genre in the county — Goad is intrigued about where the bifurcation will go.

“There is no revivalism or anachronism in anything I do,” he said. “I see it coming back around where the stuff I did and am doing now is going to become the norm. People shouldn’t think of me as some weirdo punky dude. This will be pop music one day, so you should pay attention.”

Inside the Songwriter’s Studio