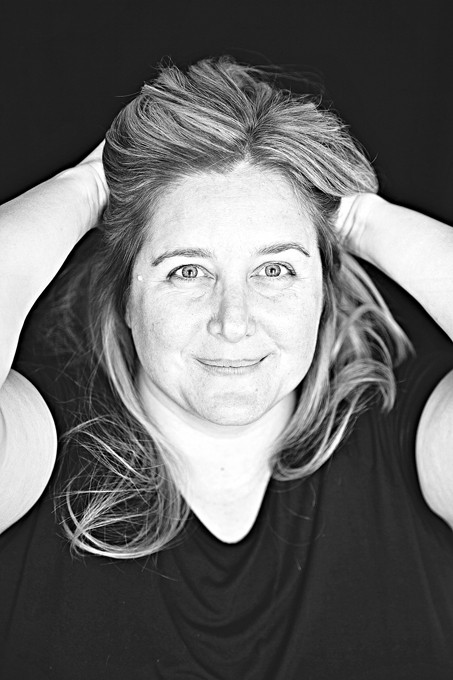 Since the dawn of social media, people have never shared more about themselves with the world. It has never been easier to keep everyone in the loop on what you think about politics, the funny thing your 3-year-old nephew did or the amazing salad you had for lunch.

But while many are putting out more information about themselves, that image is often deliberately crafted or, at the least, filtered.

That is part of the reason singer-songwriter K.C. Clifford’s new live album Coming Bare: Live at the Blue Door feels so refreshing. The album, recorded in front of a live audience in April, is nothing if not authentic.

Clifford has spent several years in the Oklahoma City musical spotlight but put her recording career on hold for several years to start her family. Her return to recorded music — albeit a live recording — was made with the intention of presenting the artist as raw, open and expressive as possible.

The opening song, “Loud & Clear,” is one of the best numbers in Clifford’s catalogue, but it reaches another emotional plateau when performed live. Clifford passionately sings the tune about love and self-denial. It is a song that would fit right in on an adult contemporary radio station, so it is a particularly satisfying treat to know it’s coming from a stripped-down performance at a local listening room.

“Broken Things” follows up the opener with a softer reflection on finding the sweet spot between unhappiness and unrealistic perfection. Clifford paints a visual picture of a shoreside house that, while imperfect, is peaceful and sturdy.

The best part about Coming Bare is that Clifford gets to show off her ability as a storyteller. Many of the songs include short prologues about either the songwriter’s mindset at the time she wrote them or what she has learned in the years since.

Before “Broken Things,” Clifford jokes with the audience about her perfectionist struggle against — of all things — perfection.

Clifford makes an effective and impassioned plea for Regional Food Bank of Oklahoma and small-scale activism on “Raise Your Voice,” a song she wrote for the Oklahoma City-based nonprofit.

The lyrics tug at heartstrings as they describe the population of hungry children, which, unfortunately, is far too high in this state. Yet Clifford makes the point both in her storytelling and lyrics that a lot can be done with just small commitments. According to the food bank’s website, every dollar donated to the organization provides five meals to the hungry.

Perhaps the most introspective moment in a session full of them comes with the performance of “Jericho,” a song that offers a reprieve from one’s personal demons and insecurities. Clifford precedes the song with an open reflection on her experience losing more than 100 pounds, gaining the weight back and what she has learned about herself through it all.

The performance ends on a high note, as the audience joins Clifford in the singing of “Hate to Say Goodbye,” a feel-good moment to close an album that feels almost like therapy.

Coming Bare is not a substitute for professional help, but it does feel like warm soup for the soul and it makes an equally great holiday gift for both new and established fans.