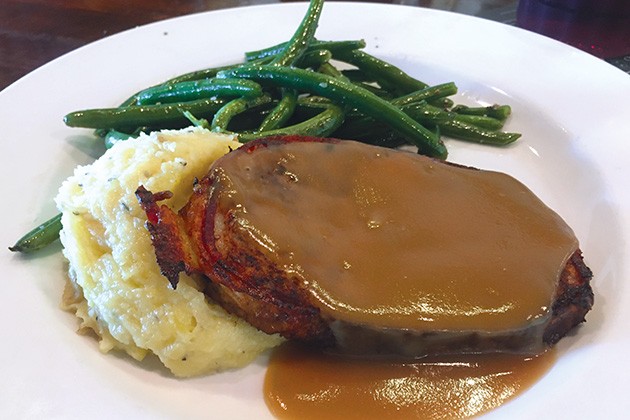 What works:The bacon-wrapped bison meatloaf is crispy and juicy.
What needs work:There are not many options for vegeterians.
Tip:Save room for dessert.

For someone who lives in the heart of Oklahoma City, trips out to Yukon only happen a few times a year. I scheduled an interview out there with someone who requested we meet at their favorite restaurant in town, The Lokal Yukon, which is located at 10 W. Main St., Suite 165 in the shadow of the Yukon’s Best Flour Mill.

During the interview, the person asked if I wanted to try the restaurant’s fried deviled eggs. The answer to that question is always going to be yes. The dish is indulgent and an elevated take on comfort food, which encompasses the ethos of the restaurant.

Randall Williams, Lokal Yukon’s general manager and executive chef, began working there weeks after it opened in February 2017 as the day manager and was quickly elevated to the top role and helped write its current menu. He credits the fried deviled egg with helping put the restaurant on the proverbial map.

“Discover Oklahoma came out and did a segment on them, and our sales doubled overnight,” Williams said of the dish. “I didn’t invent them, but I perfected them. [The hardest thing] is getting the batter to stick to the egg white.”

Eggs are hard-boiled and cut in half and the yolks are removed. The eggs whites are dusted in flour, covered with egg wash, finished with panko breadcrumbs and dumped in the fryer and the mixture of egg yolks, and then relish and mustard are piped back into the fried egg white.

“If I sold you a straight 9-ounce bison burger, I’d have to charge $25 for it.”
—Randall Williams tweet this

I enjoy the update of a classic dish but ultimately felt like the frying process makes the egg white a little too rubbery for me. I fully recognize that other people will love the greasy, crispy exterior and rich, savory yolk, but it’s not for me; that’s OK because The Lokal Yukon is successful and there are many happy diners. The best thing a restaurant can do is execute what it sets out to do in a friendly and expedited manner, and The Lokal does all of that with flying colors.

It opened in the space where the former operators tried a fine-dining concept, complete with sous-vide-cooked steaks and other fancy dishes, and it didn’t connect with the local audience.

“I’ve been in the industry for 20-plus years, and I’ve learned that you have to cater to your surroundings,” Williams said.

He worked for Texas Roadhouse, opening restaurants around the country, and the former Deep Fork Grill and Bellini’s at the Waterford, among others here locally before finding his home at The Lokal.

“They had a smaller menu started, and they called it Okie cuisine,” Williams said of when he started at The Lokal. “To me, it’s exactly what I wanted to do in life: upscale comfort food. I like fine dining, but I’m not a meticulous person. I’m a country person; didn’t grow up on a farm or anything, but redneck deep down inside. I like good comfort food. I wanted to do it where it wasn’t fine dining and it wasn’t diner food.”

In true Oklahoma fashion, the most popular dish on the menu is the chicken-fried steak, and other familiar items like catfish, rib-eye, grilled salmon and burgers join it on the menu. Williams’ favorite dish is the bone-in pork chop with the blueberry bourbon barbecue sauce, which the restaurant recently bottled and is available for purchase or next door at Lokal by Design. 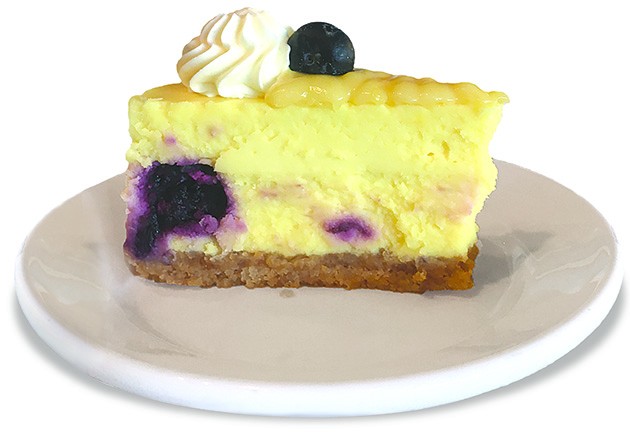 The most interesting items on the menu are the inclusion of bison, which shows up in the form of a bison meatball appetizer served with blueberry bourbon barbecue sauce, a bison burger and bison meatloaf. Williams gets all of his bison meat from Comanche Buffalo in Lawton. The meatloaf is mixed with ground pork, and the burger and meatballs are mixed with ground beef to give the extremely lean (only 8 percent fat content) bison meat some additional juiciness.

He said the bison meatloaf is perhaps second to the chicken-fried steak in terms of overall sales, and I couldn’t resist it during a second trip to the restaurant. It’s bacon-wrapped, served with mashed potatoes and topped with traditional brown gravy.

Williams is right about the lack of gaminess provided by the bison, and the mixture of ground beef keeps the meatloaf moist. What impressed me the most about the meatloaf is that it’s possibly the first time I’ve ever thought a bacon-wrapped dish lived up to its full potential. Quite often, the bacon is chewy and sad, but it was crispy and smoky. The mashed potatoes still had some chunks in there, which I enjoy, and the green beans were blanched and sautéed until they received a little char, which added extra flavor.

The Lokal is popular for serving a wide selection of cheesecakes, which come from a Yukon local, Denise Mitchell, who used to operate Caramel Monkey Bakery and now only bakes cheesecakes for The Lokal. Williams said he buys about 14 cheesecakes per week. Creative flavors include banana pudding, snickerdoodle, caramel apple, Snickers, Samoa and many more.

I chose a slice of lemon blueberry, and it’s worth the visit to The Lokal Yukon for dessert alone, but there are many reasons to visit. The cheesecake was topped with a lemon glaze, blueberry and whipped cream. The acidity of the fruit helped brighten the heavy dessert.