The chicken-fried steak dinner crowds over the edge of the platter on which it’s served. It was the star of the meal for flavor and texture. 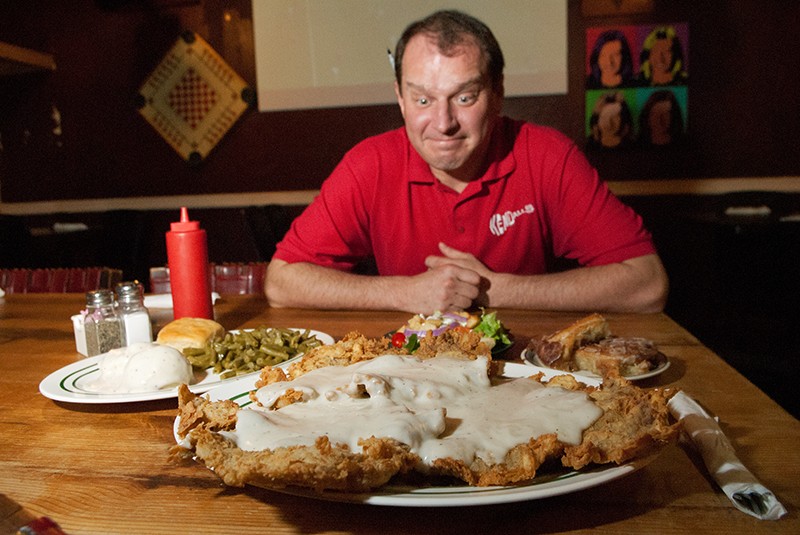 Kendall’s motto is “Where everyone is family,” and the place certainly has a homey, lived-in appeal.

Although the restaurant was busy, service was fast and friendly. Kendall’s Chicken Fry Challenge is the culinary version of throwing down the gauntlet. You have one hour (before 7 p.m. only) to plow through three regular chicken- fried beef steaks, double servings of mashed potatoes and green beans, a biscuit and two cinnamon rolls. Prevail and the tab is on the house. Wimp out and it’ll cost you $25.

The regular meals are oversized, too. The “original” chicken-fried steak dinner ($12.99) crowds over the edge of the platter on which it’s served. Beef round steak was pounded thin and expertly fried. It brought to mind a German schnitzel and was the star of the meal for flavor and texture. The gravy was similarly good, hot and creamy and abundant.

A salad of spinach and grape tomatoes was topped by crunchy thumb-sized croutons. Ranch dressing is at the top of Kendall’s popularity contest, because Kendall’s concocts its own.

The restaurant’s website makes a reference to “our signature green beans” that are a side dish and are served with most of the dinners. Someone forgot to sign off on the ones that came with this meal. They were canned and largely unseasoned without a visible trace or flavor of bacon or onion. That’s not Okie kosher.

The mashed potatoes tasted like the out-of-a-box variety rather than from fresh spuds. 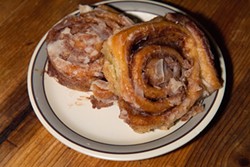 The restaurant is in a decades-old brick building on Noble’s main drag. The interior decor leaves no doubt you’re in the heart of small-town Oklahoma.

No alcohol is served. Credit and debit cards are not accepted.