“If it’s a game day, we cook a little more carbs, more energetic food that will stay with you longer,” he said. 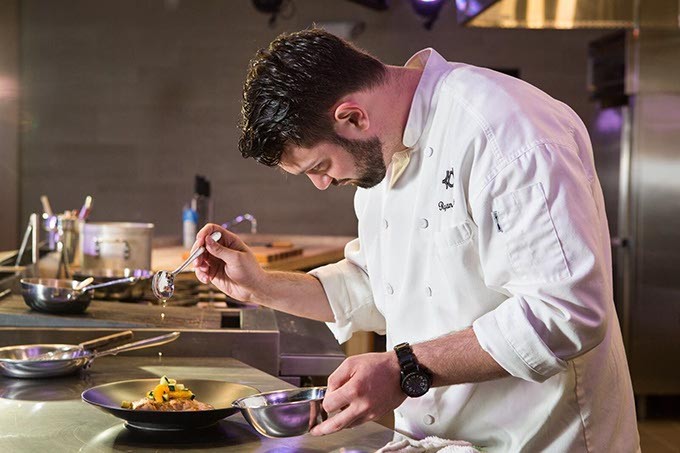 Like all the busboys at the Detroit-area country club, Ryan Lopez used to sneak soup — rich and flavorful and made fresh each morning for patrons — from the tureens. After a few too many surreptitious servings, the chef pulled him aside.

When he auditioned for Durant during a September 2011 meeting in Akron, Ohio, he prepared soul food and barbecue favorites for No. 35.

“It was a pretty short process, going to meet Kevin and talking with him and cooking with him,” Lopez said. “We clicked. He liked my food, and I liked his personality. A couple of weeks later, I moved to Oklahoma.”

He said a personal chef spends considerable time learning what the client can and cannot abide. In the ideal scenario, they meet in the middle. Lopez developed a close understanding of Durant’s culinary tastes and can predict which new flavors will appeal to the Thunder star.

“That’s how you get along as a private chef — you do what your client wants,” he said. “Then again, your client wants you to be yourself and expose them to what you have to offer: your flavors, your artistry, your personality. … Kevin has a great palate, and he’s very diverse in his food tastes.”

Lopez said that he has quarterly meetings with National Basketball Association staff nutritionists, who brief players’ personal chefs on the latest nutritional guidelines. He also has to remain cognizant of Durant’s specific needs during the season and adjusts his plates to reflect what Durant will need on the court.

“If it’s a game day, we cook a little more carbs, more energetic food that will stay with you longer,” he said. “Certain carbs like pasta or sweet potatoes don’t immediately turn into fat — they convert quickly into energy.”

During the cooking classes, Lopez teaches observers how to take care of their bodies the Durant way — at least in the kitchen. They will learn how to make a three-course meal: a cauliflower soup with shaved hazelnuts, lime zest and apple cider reduction; roasted salmon with butternut squash puree, toasted pumpkin seeds, pancetta and fried sage; and an olive oil cake with lemon mousse, blueberry coulis and fresh basil.

“I wanted to do this class to teach people different techniques and skills so they can have this when they want to cook for their husbands, their wives or their kids,” he said. “They’re going to come in and experience how to make soup, how to cook fish and the proper techniques — the skills and timing.”

Everything on the menu is MVP-approved.

“Obviously, I cook a lot of fish for Kevin, and the cauliflower soup,” Lopez said. “Everything we’ll be cooking will be something I’ve made for Kevin.”

Ryan Lopez: From Kevin’s Kitchen to Yours

Note: Attendees receive a full meal by the end of class.