Kings of Leon will open Scissortail Park with a free concert Sept. 27. 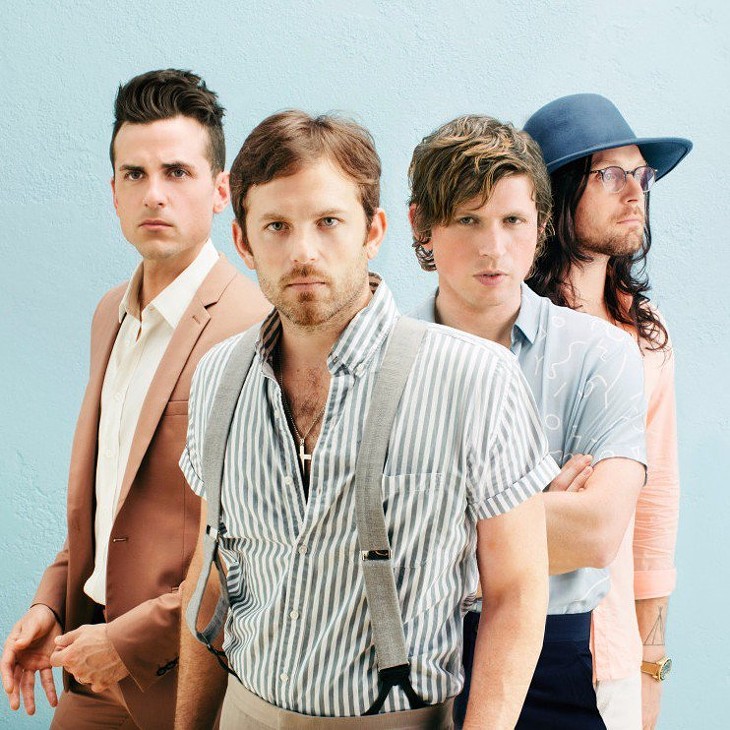 At a press conference Wednesday, Mayor David Holt announced Kings of Leon will headline a free, all-ages concert Sept. 27 at Scissortail Park, 300 SW 7th St., as part of a three-day event celebrating the opening of the park’s upper area. The park, funded by MAPS 3, is located south of Chesapeake Energy Arena, and the 40-acre upper park area features a large outdoor stage connected to a lawn area with a capacity of up to 15,000 people.

The park’s website quoted Holt describing the event as a “once-in-a-lifetime moment for this city.”

“I invite the people of Oklahoma City to come to Scissortail Park the last weekend in September for the free kickoff concert from Kings of Leon, as well as three days of music, food trucks and family activities,” Holt said. “Our park is for everyone, and you are going to love it."

Holt recently applied to have a one-block section of California Avenue renamed Kings of Leon Lane in tribute to the band, which spent time in Oklahoma City before finding international success with songs such as “Use Somebody” and “Sex on Fire.”

Musician Graham Colton, a partner at The Jones Assembly, a part of the Social Order Dining Collective that will operate a café at the park after it opens, said he has not seen anything similar in the city.

“I honestly think that, in terms of a free event of this kind, I don't think that really anything has ever rivaled it in my recent memory,” Colton said.

Construction of the park’s 30-acre lower section is scheduled for completion in 2021.
Visit scissortailpark.org.