Nearly 60 nonprofit organizations will see their operations funded or reach their project goals in 2017 thanks to the distribution of more than $1 million in grants from Kirkpatrick Family Fund. This contribution, distributed in November, will strengthen the impact of arts and social services organizations in Oklahoma, Texas and Colorado.

“Four times a year, we make grants to nonprofit organizations; however at the end of the year, that is when we make our greatest distributions, which is where we do our general operations and our large grants,” said Elizabeth Eickman, Kirkpatrick Family Fund president. “The rest of the year, our grantmaking is in the area of small grants and endowment-building grants.” 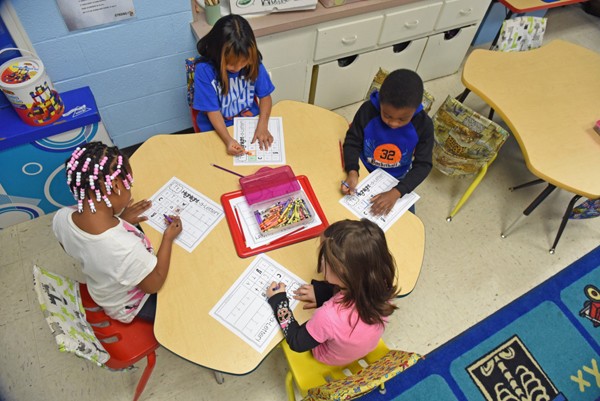 “A healthy community can mean a lot of things,” Eickman said. “Many areas, whether it’s social services, culture, the environment or beautification, all of those need to move forward together, not just individually.”

Beyond those basic requirements, the fund looks for stability and vision. Organizations that operate on long-range planning over short-term thinking are more likely to be considered, along with groups led by financially contributing boards of directors.

“We like to know that organizations are taking a big picture or holistic view in their grant request,” Eickman said. “Sometimes, when you’re dealing with projects, the project request is a component of a bigger picture, and so it’s really helpful for us to understand what that bigger picture is.”

The Joan Kirkpatrick Animal Hospital at Oklahoma City Zoo and Botanical Gardens is a recent example of long-term planning that resulted in a significant contribution from the fund. In preparation for its continued expansion, Oklahoma Zoological Society (ZOOfriends) began a campaign in 2011 to build a $4.5 million hospital to provide on-site veterinary care. In honor of Joan Kirkpatrick, daughter of John and Eleanor Kirkpatrick and mother of the fund’s president, Christian Keesee, the Kirkpatrick philanthropies contributed $1 million to the project, which opened in September 2015.

“That was something we did together with the Kirkpatrick Foundation and, of course, the Kirkpatrick family’s involvement,” Eickman said. “I think that has made a significant difference for Oklahoma City Zoo. It touches upon the things that we are interested in in terms of animal well-being and animal welfare, and it allows the zoo to offer the highest quality care for the animals in their charge. The zoological society and the zoo have done a fabulous job with that.”

Eickman said that the Kirkpatrick family played a key role in feeding or initiating most of the major cultural organizations in Oklahoma City and Kirkpatrick Family Fund is currently focused on completion of Oklahoma Contemporary Arts Center’s $26 million facility at NW 11th Street and Broadway Avenue. With the 4.5-acre Midtown campus, the fund comes full circle: City Arts Center’s location at State Fair Park was the first project funded by Kirkpatrick Family Fund in 1989.

“This will be the most significant cultural institution since the completion of the Oklahoma City Museum of Art,” Eickman said. “It’s going to be an extraordinary facility and will move arts education in our area to the next level. Bottom line is you cannot have a dynamic community if you don’t have a vibrant cultural community as well as a healthy community with quality social services.”