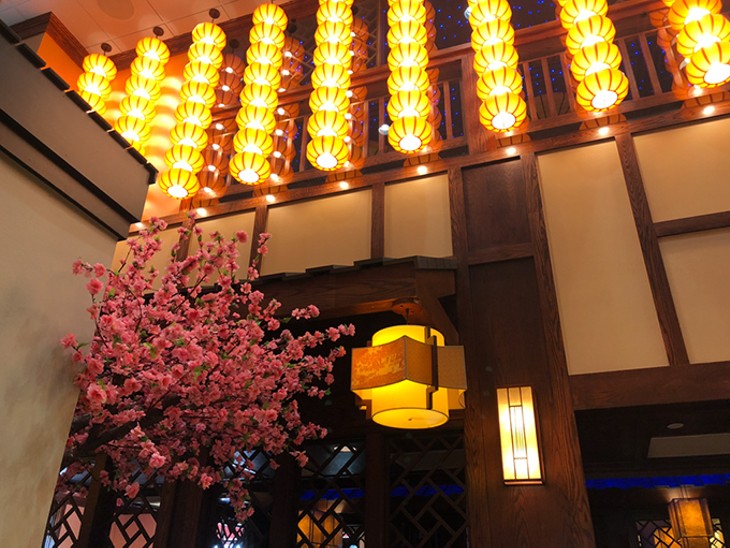 Growing up in a family of chefs in southern China specializing in Cantonese cuisine, chef Pak K. Kwan was instilled with the idea that greatness must rise from the bottom.

Kwan’s bottom was at the original Fung’s Kitchen on 23rd Street, where he and his wife Kim resorted to the familiar lunch buffet to turn a profit. It was a long way from the opulent hotels Kwan worked at in China and certainly the fusion kitchen of Cheng’s Garden in Belgium, where Kwan trained in European cuisine while serving dignitaries and celebrities.

As the Kwans built a customer base at Fung’s Kitchen, moving from a rented space to their own building at 3425 N. Classen Blvd., Pak Kwan dreamed of providing Oklahomans more than traditional Cantonese dishes.

“The fire of wanting to do more fueled us to work really hard for seven years not to let the dream die,” Pak Kwan told Oklahoma Gazette through a translator.

The dream comes to fruition with Kwan’s Kitchen at 3031 W. Memorial Road in the former Fox & Hound Bar and Grill location. The work of a 14-month renovation overseen by architect Wister Wu transports guests as they walk into an entry courtyard complete with a glowing waterfall, a glass-enclosed koi pond and blooming cherry trees.

“It is beyond words, and I’m on cloud nine every day,” Kwan said. “It is a dream come true.” 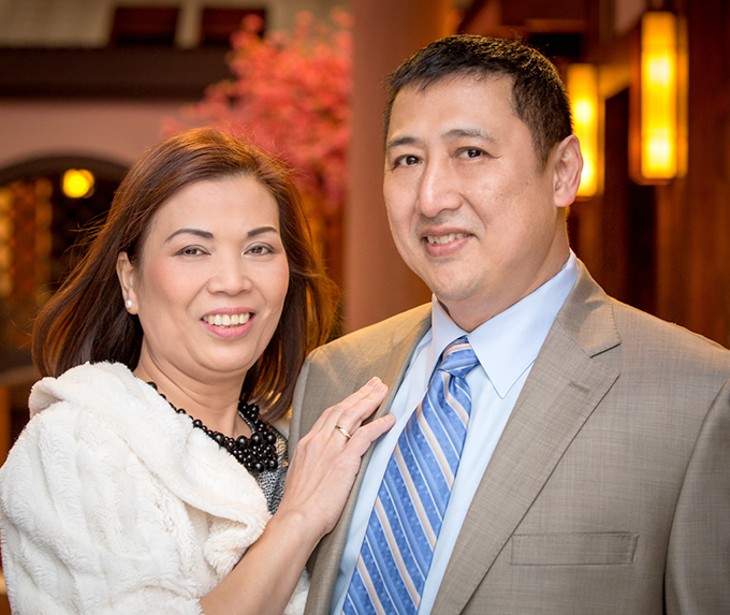 The recent popular Netflix documentary series Ugly Delicious hosted by chef David Chang explores, among other things, the misguided search for “authenticity” in food. Chang tells viewers that they should be more concerned that a dish should taste good rather than its authenticity.

“We don’t want to shock people into thinking we are experts in French or European food, but we are experts at our own southern Chinese cuisine,” Kwan said. “The idea is that we’re trying to marry the concepts. You’ll get traditional things with a little twist of Europe flavor. I’m trying to be playful and creative.”

It is the first Chinese restaurant in the city to offer bisque, and the French influence can be seen elsewhere on the menu. Salmon is baked with white wine curry and served with caviar ($28); crispy flounder is served with crème fraîche creamed corn sauce ($18); and black truffle and black garlic are added to chicken fried rice ($22).

Other dishes are more subtle and playful on the fusion of cuisines. Classic sweet and sour chicken gets the added boost of Champagne ($15).

“The Champagne cuts through the orange and delivers different taste that texturizes the meat differently too,” Kwan said. 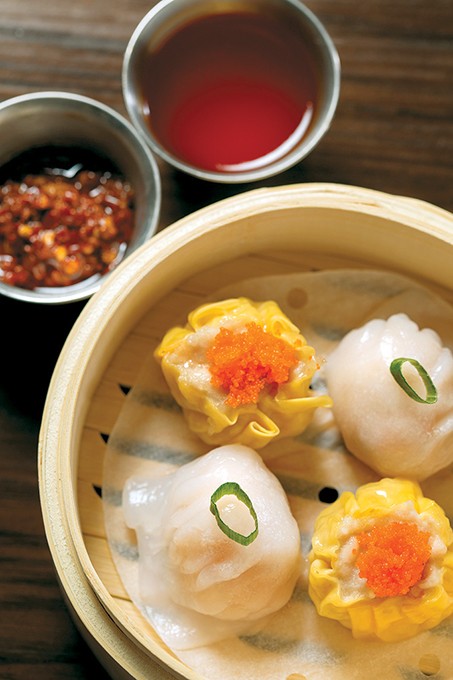 There are also the dishes close to Kwan’s heart that he wants to elevate from American ubiquity and present a taste of his home. Fung’s Kitchen has introduced Oklahoma City diners to dim sum on the weekends, but a chef’s choice of bite-sized dumplings are available at Kwan’s Kitchen every day.

Just as Fung’s Kitchen has a giant case of crispy Peking duck overlooking the dining room, Kwan’s Kitchen has an even bigger commitment to the dish. The dish takes days to prep, and Kwan heard customer feedback that the supply could not meet demand.

“The process makes the dish so highly wanted,” he said. “I want to make sure the Peking duck is prepped in such a way that people can have the duck without the bones and have the texture and taste that you want. It’s what I care about the most.”

To cater to Oklahomans that like to hunt and to take advantage of local connection to game, Kwan added quail to the menu in a fried rice dish with lo mein.

“It’s not something that done at other Asian restaurants,” Kwan said.

Kim and Pak Kwan began dating in China, but he had the opportunity to train in Belgium, which meant two years without seeing each other due to visa restrictions. He traveled to China once a year to visit her, but during his seven-year stint in Belgium, Kim immigrated with her family to Oklahoma.

Kim Kwan moved to Oklahoma in 1996, and Pak followed in 1999. Kim’s brother Danny Ha operated Dot Wo Garden, where the couple worked together when they reunited. She encouraged him to pursue his dream of pushing Chinese food beyond traditional conventions.

“I saw potential in Kwan, and I wanted him to be successful,” she said.

“She is my driving force,” he said.

The couple opened the first Fung’s Kitchen in 2004 and made their way up to Classen Boulevard. They had their eyes set on Memorial Road because they desired to have a restaurant that could match the large big-box stores along the highway.

Every time Pak drove his kids to the mall, he would look for openings along Memorial Road. When the former Fox & Hound location became available, he saw the sign before it even was posted to the multiple listing service (MLS).

“This is not the end of the journey; it is only the beginning,” he said. “Once Kwan’s Kitchen is on a successful track, we want to grow and build. We want to be different and create new things.”