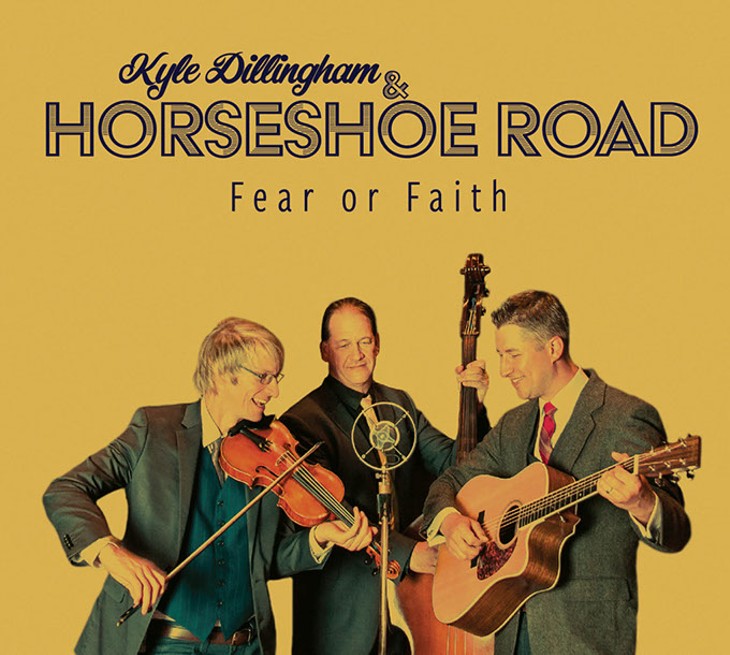 The Enid-born violinist has proven himself as one of the state’s most talented and celebrated musicians with a long list of accolades, including a 2009 Oklahoma Governor’s Arts Award and the distinction of Oklahoma Creativity Ambassador. His band Horseshoe Road is no less accomplished, winning an International Acoustic Music Award in the bluegrass category in 2011.

Fear or Faith, released last month, is a testament to that talent.

A verse from Deuteronomy 31:6 inspires the title track, reading, “Be strong and courageous. Do not be afraid or terrified because of them, for the Lord your God goes with you; he will never leave you nor forsake you.”

Dillingham encourages listeners to drop their fears and anxieties and, at last, breathe easy. The song, like much of the rest of the album, carries strong spiritual tones, but Fear or Faith never comes across as preachy, and its messages are universal.

Dillingham’s violin is as lively and emotive as ever, but take a moment to appreciate the musician’s voice and lyrics. He is a true charmer, and “Jealous Wind,” the album’s third track, is incredibly infectious.

Make no mistake; this album is a team effort, as Dillingham admits himself in “You’re the Same as Me,” written and performed by Horseshoe Road guitarist Peter Markes. It rivals “Fear or Faith” for the album’s best track. Markes’ message of shared humanity is especially comforting in a time when so much attention is given to our differences.

Another track of note is “You’re My Reason,” which stands out because it is intertwined with what feels like some kind of recitation or spoken word verse. It’s a method that works well in the song; the fast, dense verbiage captures the feeling of captivated infatuation the band is trying to express.

If there is one drawback on the album, it’s that it could have benefitted from a leaner tracklist. Fear or Faith starts with great momentum but loses some of it around the halfway point. Time-honored staples like “Amazing Grace” are well performed but not necessary, especially as the project runtime eclipses one hour.

That being said, Horseshoe Road likely delivers to many fans exactly what they want. The band is fantastic live, and there’s an energy on the album that makes it feel like a live stage performance. In this context, covers and traditional hymns feel less like filler. When a fan is moved by Dillingham’s live show and leaves it with a new copy of Fear or Faith, that fan leaves with a project that captures the true essence of the band.

There are folk, Americana and bluegrass projects that could be considered niche, but the talent and spirited playing from Dillingham & Horseshoe Road create music pleasant to many tastes. Fear or Faith could easily be plugged into any wedding party, road trip or misty Sunday morning.