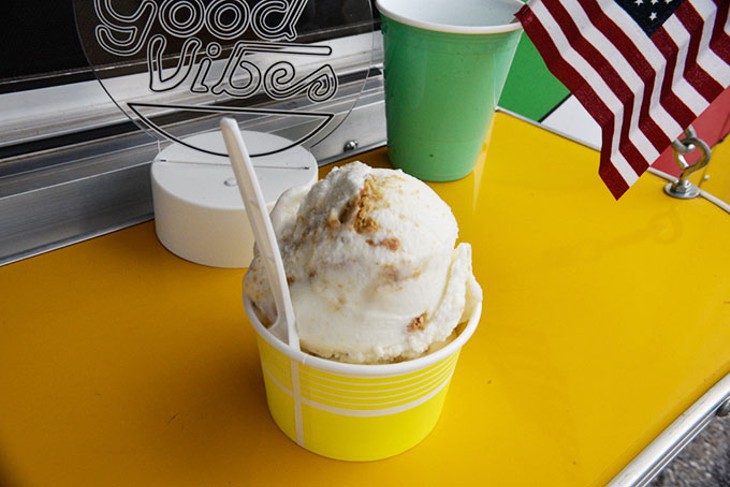 There is no quantifying statement made by the term “ice cream” at the Just Desserts food trailer as it sets up shop at its permanent weekend location at the corner of Western Avenue and 47th Street by design.

Owner Matthew Harding made the switch to veganism about two years ago and began the process of expanding his Italian ice business by adding non-dairy ice cream when the trailer closed down over the winter.

“I would try these pints of ice cream from health food stores that were $7, thinking it was a great ice cream,” Harding said.  “They were not good. I would take them home and throw them away. I got frustrated because I loved ice cream.”

Cognizant of the fact people might be scared away by seeing “vegan” or “non-dairy” ice cream on the sign, Harding prefers to allow customers to try it first.


“Everyone that has tried it doesn’t even know it is dairy- or lactose-free,” he said.

"I’m more interested in putting out a high-quality product than making a huge profit." —Matthew Harding tweet this

This past winter, Harding said he went through about 100 gallons of the testing process to find a non-dairy ice cream that didn’t taste like wet chalk. Working in his food trailer equipped with a batch freezer that can turn out pints in about 30 minutes, he worked with a variety of dairy replacements: coconut, cashew and almond milk.

Harding brought in ice cream batches to his day job at a Chevrolet dealership where his co-workers gave him feedback. He eventually settled on an ice cream base made out of a blend of coconut and almond milk.

“I’m like Colonel Sanders; I’m not going to give away the recipe,” Harding said. “The flavor profiles are very different, depending on what you make. I haven’t found a mass-produced [non-dairy] one that is as good as super premium [dairy ice cream]. I wanted my product to taste like super premium.”

All of the products have as little added sugar as possible, Harding said, and there are no additives. Organic beet sugar is used when extra sweetness is needed. He said many mass-produced ice creams add chemicals to prevent the final product from melting at a normal rate, even when left under the sun.

Just Desserts’ products have relatively few ingredients, compared to the long list of hard-to-pronounce chemicals found on a mass-produced ice cream. It’s something Harding learned from watching a lot of cooking shows hosted by Gordon Ramsay. 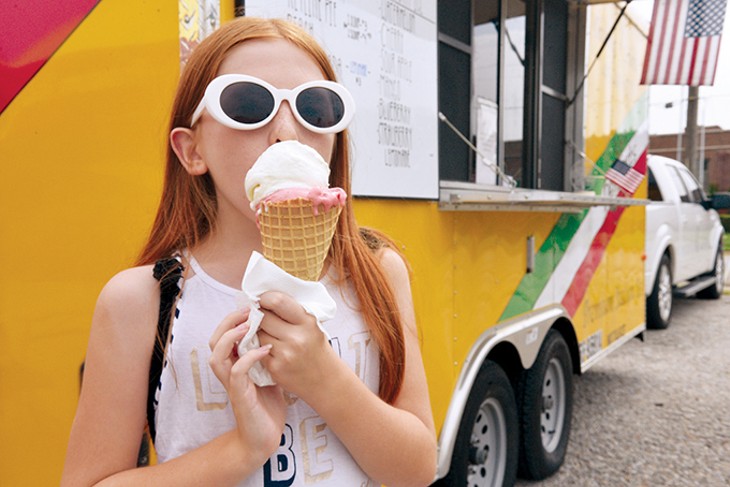 “One of the things I learned from him is that if you want a quality product, you have got to start with the very best ingredients,” Harding said. “It’s the different between my stuff and what you get at the store, which is made by huge manufacturing companies. I’m more interested in putting out a high-quality product than making a huge profit.”

The addition of ice cream to the menu at Just Desserts has invigorated Harding. In the previous four years, he only took the food trailer out for events and private bookings. At the end of May, he secured a permanent weekend spot in the parking lot at 47th Street and Western Avenue (1229 NW 47th St.), across from a 7-Eleven. The trailer will be up and running at that location every weekend unless it is has been booked for a private event.

He said sales are up 40 percent compared to last year.

“People are routinely coming down from Edmond, people have come from Blanchard and even a few places more than a hour away just to try the ice cream,” Harding said. “The ice cream has been a big boost for business.” 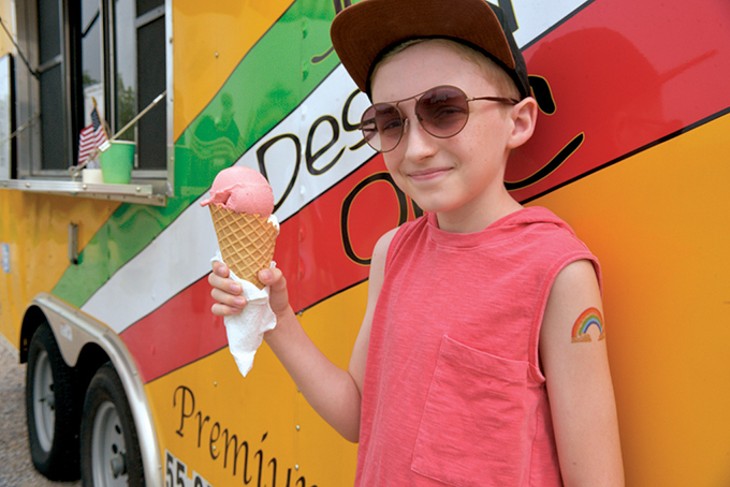 Harding’s journey to veganism was admittedly one of twisting trails and bumpy roads. Ultimately, he felt called to a way of life that reduces harmful impact on the earth’s resources and other animals.

“I was brought up on the wrong side of the tracks,” Harding said. “I survived an extraordinarily abusive alcoholic father. I was like a lot of young adults who were raised in an environment like that. I hated everybody on the planet, and I was a very angry person. It’s why so many kids are in prison; it’s the way they were brought up.”

Harding began to look for something different, a way to break the cycle. He went to church but decided to go on a more personal, autodidactic path.

“Through that journey, it started studying stuff I didn’t know anything about: love, compassion and forgiveness. It was foreign to me as walking on the surface of Mars,” he said. “It was a long journey; I shook my fist at the creator more than once. Through that journey, I finally learned forgiveness for the things that happened to me. I learned to forgive myself, which is much harder.”

Harding used the help of groups like Red Earth Vegans and the Facebook group Vegan OKC to pick up tips for converting to a vegan diet. Ultimately, his full transition came out of a love for animals.

Just Desserts is by no means only catering to vegan customers. Harding wants people to realize that 65 percent of the human population has a reduced ability to digest lactose after infancy, according to the National Institutes of Health. Lactose intolerance is as high as 90 percent in people of East Asian decent.

“The human body was never designed to drink milk from another species,” Harding said.