Lanthimos requires viewers to buy into The Lobster’s internal logic – if not, they will be as adrift as some of the loners who live in the nearby forest, running from tranquilizer darts and immediate transformation. 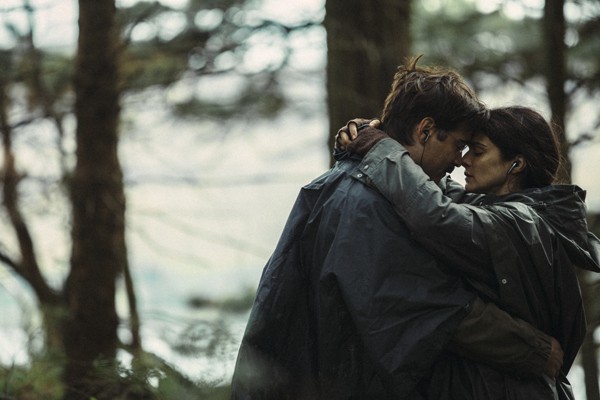 There is a not-so-truism propagated by an early Friends episode that lobsters mate for life, but as Snopes.com gleefully points out, these delicious crustaceans are about as likely to stay together as many of the humans who consume them. In Yorgos Lanthimos’ brilliant dystopian satire The Lobster, humans are expected to stay together or face zoological consequences, and like Lanthimos’ 2009 film Dogtooth, The Lobster is the stuff of both dark hilarity and stark nightmares.

When his wife files for divorce, David (Colin Farrell, in middle-age mode) is forced to check in to a hotel where he is given 45 days to find a new mate. If he fails, he will be turned into the animal of his choosing. Because of his affinity for the sea, David chooses to become a lobster, which impresses the hotel manager (Olivia Colman, Broadchurch), who has seen too many dogs walk out of the transformation room. That includes David’s brother Paul, now a border collie.

Most of the hotel’s residents find themselves trying to cover up the reek of desperation as they search for suitable mates, but many are so unprepared for dating in the wake of a spouse’s death or divorce that this bachelor in Hades scenario proves too daunting. Many of them, like a young man with a limp (Ben Whishaw), will go so far as to harm themselves to have something in common with a possible mate, while others like a middle-aged lisper (John C. Reilly) accept their fates.

Few characters have actual names in The Lobster; they are instead identified by the traits most likely to cause them social difficulty. This is part and parcel of the society Lanthimos creates in which coupling is more important than anything else. The appearance of happiness takes precedence over actual happiness, but anyone actually caught in a lie about their affections or intent might wake up the next morning as a badger.

Lanthimos requires viewers to buy into The Lobster’s internal logic – if not, they will be as adrift as some of the loners who live in the nearby forest, running from tranquilizer darts and immediate transformation. Much of the dialogue is artfully stilted, creating a sense of pervasive fear that comes with total surveillance, and it’s fairly common for an out-of-place, exotic animal to wander into the frame during a serious moment. Ultimately, it doesn’t matter how or why these transformations take place; viewers who accept the premise will be far more likely to appreciate both the humor and the horror on display.

Make no mistake; The Lobster can be incredibly funny within seconds of shocking displays of cruelty. But Lanthimos is not a filmmaker with a light touch — his films are works of startling imagination, uncompromised by the mainstream’s compulsion to make viewers happy. Perhaps that is why actors like Farrell, Reilly, Léa Seydoux and Rachel Weisz signed on for Lanthimos’ first English language feature — they might recognize that the Greek filmmaker is filling a necessary but hard-to-stomach spot in modern filmmaking’s storytelling traditions. Lanthimos isn’t merely reflecting society’s fears; he’s creating new ones.