“You’re just kind of thrown into it. [You] definitely have to have tough skin," Chapman said. 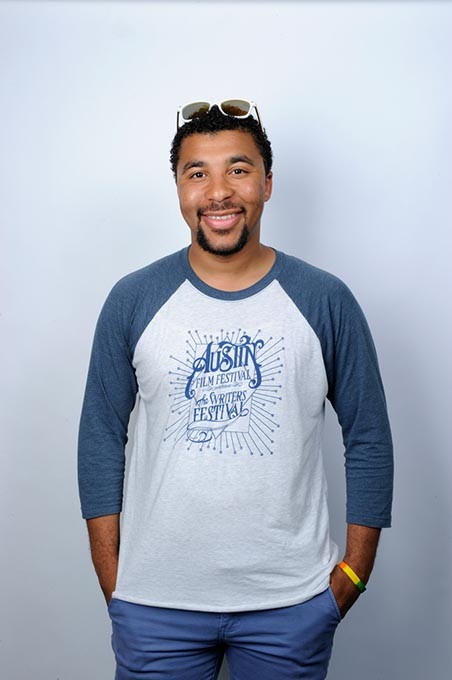 One thing he rarely sees, though, is a minority that’s more than a one-dimensional typecast or any character that remotely reminds him of himself.

Chapman, a local filmmaker and screenwriter who has worked on most of the big-name projects shot in Oklahoma in the last three years, is planning his answer to decades of Hollywood stereotypes.

Chapman hopes to begin shooting You People, his writing and directing debut, in late fall. The satirical comedy follows the life of an adopted black college student and his well-to-do white family. In order to impress a girl, the lead reinvents himself to fit perceived black standards.

You People puts minorities in their opposite stereotypical roles. Chapman hopes the project will stand in stark contrast to the theatrical norm he grew up with.

“I saw films that weren’t really reflecting the world I came from,” he said. “I thought, ‘There’s definitely a whole community of people who are kind of underrepresented.’”

Chapman came up with the story idea soon after graduating from the University of Oklahoma in 2013 with a degree in film and media studies.

The movie is in its pre-production phase. Chapman currently has about  $10,000 toward his $50,000 goal and will fundraise through the end of summer. Social media and word-of-mouth are key as he promotes You People.

“Anyone I’ve exposed it to, they’re interested in it,” he said. “It’s just a matter of getting it in the right person’s hands at the right time.”

Chapman submitted the first draft of the script to Austin Film Festival and Beverly Hills Film Festival shortly after its completion. Later, he entered his final draft in the Big Break Screenwriting Contest.

He received positive feedback from everyone, and his work was ranked a top quarter-finalist at Big Break.

“When they send you a critique of [the screenplay] and they don’t say anything bad about it, it’s like, ‘So make it,’” he said.

August: Osage County is known locally as that 2013 movie starring Hollywood megaliths Meryl Streep and Julia Roberts that was shot in Oklahoma. For Chapman, the set is where he learned the business.

He applied to be a production assistant on the film shortly after graduating college and was lucky enough to be selected. Soon after, he found himself having a casual conversation with Streep, often looked at as the world’s best living actress.

“It was nerve-wracking at first, seeing the set pacing and how it works the first time,” he said. “You’re just kind of thrown into it. [You] definitely have to have tough skin.”

Since then, he has worked on the sets of 2013’s Rudderless and upcoming Hellraiser: Judgement. He also worked on the in-state sets of television’s American Idol and The Pioneer Woman. Each job always led him to the next.

Chapman has always been interested in film because it’s a collaborative art form. Even so, he said he feels more at home as a writer than behind the camera. He hopes to one day write regularly for a television drama.

“The reason I’ve settled on screenwriting mostly is that it’s just marrying my strength with what I’m passionate about doing,” he said.

The issues Chapman addresses in You People are at the forefront of national consciousness. The lack of minority award nominees in this year’s Academy Awards ceremony spurred the hashtag #OscarsSoWhite. Chapman said the program’s lack of diversity is a symptom of the problem, not the problem itself.

“[Academy voters] just kind of dealt with what they had,” he said. “Thinking on it, the overarching issue is that there aren’t enough quality roles for minority characters that would even warrant a nomination.”

However, Chapman is hopeful for the future. Aside from his film, he said recent movies like 2014’s Dear White People and 2015’s Dope portray minorities in imaginative ways. He also praised the series Empire for its more intricate black roles.

The writer has a group of local actors he’d like to work with on his project. He also filmed promotional ads (not trailers) that were posted to the project’s YouTube account. Everyone he speaks with about the movie says it’s something that needs to be made.

Now all that’s left is to do it.

Chapman said Oklahoma in particular needs a movie like You People to show off what the state has to offer.

“I’d like to see more films like this here that kind of showcase the diverse, underrated talent that we do have here,” he said.

To learn more about You People, visit its Indiegogo page or facebook.com/youpeoplemovie.