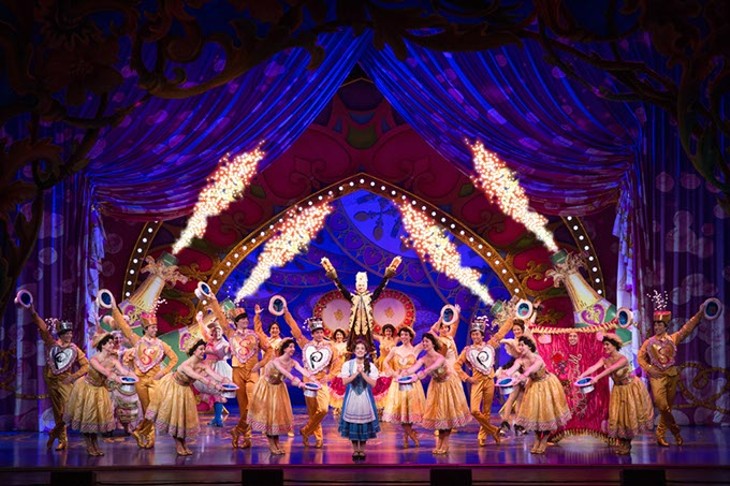 Payton argues Oklahoma City has show business, an essential aspect for community and economic development. His knowledge comes from years in the business and fulfilling the legacy of his brother, Larry Payton, who founded Celebrity Attractions from his spare bedroom in 1983 with a goal of bringing the best in live entertainment to Oklahoma.

As a presenter of national tours, Celebrity Attractions played a role in creating OKC’s show business, at least on the Broadway end. In a recent interview with Oklahoma Gazette, Payton shared that Celebrity Attractions first brought Broadway shows to Civic Center Music Hall in 1992. Since then, shows like Disney’s The Lion King, Wicked and The Phantom of the Opera rolled into the downtown performing arts center.

“We used to really fight to get shows to come to Oklahoma City,” Payton said before describing the steady rise in subscribers.

According to Celebrity Attractions, Oklahoma City recorded the largest number of subscribers in the nation for a one-week Broadway season in 2013 with 15,704 subscribers.

“Now, the phone rings and they are begging to come,” Payton said.

Those shows could be some of Celebrity Attractions last in the venue. On Sept. 30, the company was told no permit for the 2016-17 Broadway series would be issued. Now, the company is suing Oklahoma City Public Property Authority (OCPPA) and Oklahoma City Civic Center Foundation in federal court. In the lawsuit, Celebrity Attractions asserts that the foundation violated the First Amendment when it prohibited other organizations from booking Broadway shows in the public facility after awarding an exclusive contract to the Nederlander Organization.

In June, Oklahoma City Council, acting as the OCPPA, amended an agreement granting the foundation authority to promote shows at the civic center for the next 25 years. Through the agreement, the foundation is to select one national touring Broadway show season as a co-presenter for the annual series.

The foundation invited service providers to submit a request for proposals for Broadway services, and four groups responded, including Celebrity Attractions, according to an email letter signed by Jim Brown, civic center manager.

Oklahoma Gazette obtained two emails about the civic center changes after seeking comment from the City of Oklahoma City concerning the lawsuit, which tells only one side of the story of a legal dispute. City spokeswoman Kristy Yager acknowledged the lawsuit and said the city is preparing to defend it. She was unable to comment further.

Brown’s email was only sent to residents who contacted the city in regard to the lawsuit. The message provided details about the selection of New York City’s Nederlander Organization, which was awarded the exclusive contract beginning with the 2016-17 season.

“A selection committee appointed by the Foundation determined that the best match for the Civic Center and our Oklahoma City audiences was a group that also provides top-tier Broadway Shows for markets including New York, Chicago, San Diego and Tucson,” the email said.

The decision came as a surprise to Celebrity Attractions staff, who believed their application stressed the company’s ability to bring quality shows to the venue. Based on ticket sales, Payton argues, city residents “voted with their pocketbooks” in supporting Celebrity Attractions.

In August, the company presents the dates to civic center staff for “locking in” and applies for a permit in January, according to the lawsuit.

Furthermore, the lawsuit asserts the foundation and OCPPA were aware of Celebrity Attractions’ efforts and “knowingly allowed Celebrity to continue its efforts to finalize contracts with producers which had expressed an interest in bring (sic) their shows to Oklahoma City during 2016-17.”

The company also accused the foundation of inappropriate use of Celebrity Attractions’ ticket buyer contact database.

“Although the Authority (OCPPA) granted the OKCCC Foundation the right to present the Broadway series, any other organization or business has the opportunity to use available dates at the Civic Center for performances and other events,” the email said.

The email also shed light on another reason the foundation switched Broadway show providers. Unlike the Celebrity Attractions agreement, “a larger portion of revenue from the Broadway series will stay in Oklahoma City.” The additional revenue will be reinvested into the capital improvement fund for the civic center.

Payton said the foundation should allow access to more than one Broadway provider. It would allow theatergoers double the options when it comes to Broadway shows in OKC.

“As a public facility, we believe we have the right to continue to access that facility,” Payton said. “It is really pretty simple. Let us have access to the civic center because we don’t believe it is right for any single vendor to have the right to exclusively book Broadway shows.”