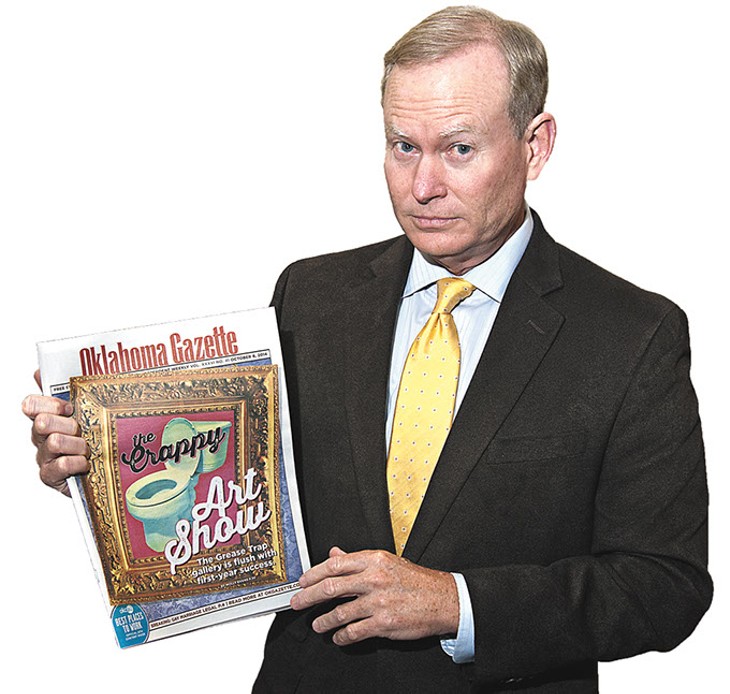 From Republican to Democrat, young to old, artistic to news-hound, fans pick up Oklahoma Gazette from more than 800 locations every week.

Our first issue, printed Oct. 15, 1979, by publisher Bill Bleakley, had a circulation of 2,000 copies. Today, Oklahoma Gazette is still owned and run by Bleakley. It is the largest independent, Oklahoma-owned newspaper in the state with a weekly readership of more than 134,000. It’s available (and still free) across the metro.

For our birthday issue, we sought insight from prominent readers and discovered that they stick with us because we write the stories that they want — and need — to read.

Oklahoma City Mayor Mick Cornett is more than a fan of the Gazette; for many years, he reported for us, too. They’re stories he framed and hung in his own production office, too, he said.

“I wrote the Stoops story before his first game at OU and was told at the time that it was one of the most popular Gazettes — that they were flying off the racks. I wrote a weekly sports column for the Gazette, as well.”

Although he doesn’t recall the first time he was written about in the Gazette, he does remember his first reaction to it. Cornett was shocked that it was free. Yes, the cover price is one reason it’s so widely read, but Cornett believes there’s more to its prolonged popularity.

“It hasn’t lost its primary focus on arts, entertainment and nightlife in Oklahoma City,” Cornett said.

It was 1989, and local graphic artist Matt Goad had just arrived from Arizona. He was wearing a Meat Puppets shirt in art class when another student informed him that he just read in the Oklahoma Gazette that the same band was playing that night in Norman.

“Too good to be true. I ran out and snagged a copy, and sure enough, they were playing that night at a club called Rome,” Goad said. “It was my 19th birthday.”

He said it was a serendipitous moment when he discovered something that he didn’t realize he needed.

In the intervening years, he honed his craft as a designer and illustrator and has contributed countless ads and various illustrations for OKG news pieces. Today, he is the creative director at Funnel Design Group.

As a musician, Goad’s former band Starlight Mints had a write-up around 1999.

“I thought we hit the big-time,” he said.

Goad said he has valued OKG music reviews on local bands and art and mined events listings “since way before Facebook.” 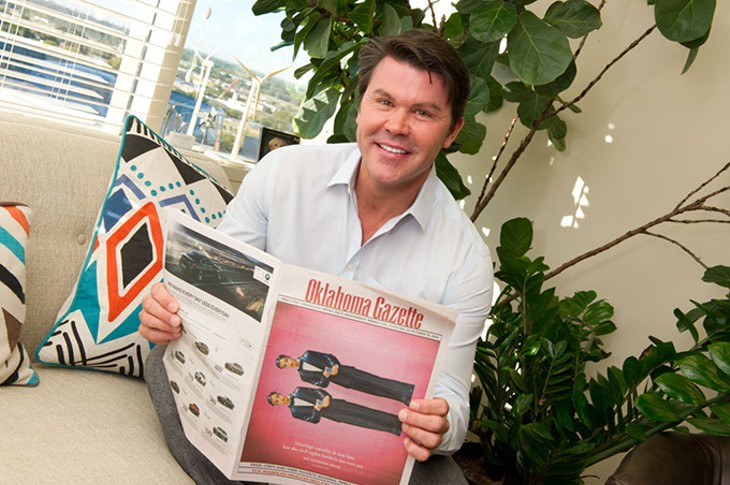 Jim Roth was the first openly gay person to hold a public office in Oklahoma County. And he’s an all-around swell dude.

His earliest memory of the Gazette is one he said he won’t forget.

“I recall picking up a copy [of the Gazette] in the entry of Leslie’s Painted Desert on my way in for two-for-one beers with some law school friends in the early ’90s,” Roth said.

“I would peruse the articles, search for restaurant coupons and read about live music venues, although mostly, as a dedicated OCU Law student, I lived vicariously through the Gazette because I didn’t have the time or money to do much else.”

Roth also contributed to Oklahoma Gazette and was covered in its news section. The first time he was mentioned, he believes, was as a candidate for county commissioner in Oklahoma County’s District 1 in 2002.

“I recall meeting with the editorial staff and describing why I was a candidate to reform county government and bring new ideas to local government,” he said. “It was a great meeting, with good, hard questions, and I was thankful to receive the Gazette’s support as the election neared.”

Roth enjoys the news and political coverage in the Gazette because he said it seems to “dig deeper than most news sources.”

“I feel the Gazette remains relevant and impactful because it manages to be forward-leaning enough to inspire, while being realistic enough to capture an accurate pulse of the broader community as it evolves,” he said.

“I always found great solace that the Gazette was a place where accurate news could be covered and that minority views still matter in this democracy.”

In 2002, the OCU Law grad was elected as Oklahoma County Commissioner and was the first person in more than a decade to win a second term in 2006.

He was a member of the Oklahoma Corporation Commission, appointed by Gov. Brad Henry in 2007. He has been named one of the best lawyers in America.

Today, Roth works at Phillips Murrah P.C. as an attorney who specializes in business.