Dozens of legendary Oklahoma-tied musicians come together Saturday to celebrate the 30-year anniversary of the hit song “We Are the World” with a one-time live performance Saturday at Riverwind Casino in Norman as part of KOMA’s Fan Jam party.

“I came up with this wild idea,” Kaye said. “But when I started calling people about it, nobody turned me down.”

Kaye’s wild ideas have made him a household name in Oklahoma City for over half a century. Through the ’60s, he also produced and hosted his take on the American Bandstand concept, the popular The Scene dance show, on local television. It was broadcast around the country and featured stars like James Brown and Ray Charles.

The song was written by Michael Jackson and Lionel Richie, produced by Quincy Jones and Michael Omartian and recorded and released in 1985 as a charity single for United Support of Artists for Africa (USA for Africa). The nonprofit provided critical relief to famine-stricken countries across that continent.

It soon became the fastest-selling pop American single in history and raised a reported $44.5 million.

Kaye admits his goal is not nearly as ambitious, but it is focused on reducing hunger in his own community. Proceeds of VIP tickets, commemorative swag, autographed memorabilia and other items benefit Regional Food Bank of Oklahoma. The nonprofit helps feed more than 110,000 families across the state each week.

“On most songs, you have one lead part, but this has 24 lead parts that are mainly one line each,” Kaye said. “Everyone involved here volunteered their time … and they’re all coming down here to sing one line.”

When possible, Kaye also worked unique ties to the original into this production.

For example, Red Dirt genre pioneer, producer and musician Steve Ripley, who has worked with artists like Bob Dylan, will sing the same lines Dylan did in 1985. Harold Jones of The Third Avenue Blues Band played with Ray Charles and will perform key parts of the chorus, much as his famous counterpart did in the original. 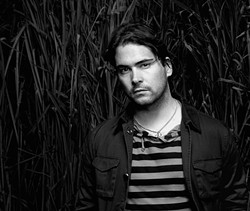 The short set, if one wants to call it that, also offers a unique opportunity for fans. A $25 VIP ticket allows meet-and-greet performer access, Kaye said. It also includes dinner, an event T-shirt and souvenir tickets as well as entry to the party, which features music from The Wise Guys and Ronnie Kaye’s Dancemobile.

The KOMA call letters have a long and storied past in this city that dates back almost a century. Headquartered in the Biltmore Hotel for over three decades, it was an influential part of local and state news reporting and delivery. It’s since gone on to experiment with other formats, added sports in the 1940s and adopted a personality driven, live-host music format in the ’60s and ’70s. Kaye said it debuted its Fan Jam event in 2004 as a way to bring together its longtime DJs, station history and fans while celebrating the community.

Attendance is limited for this event and will fill up quickly. The venue holds around 2,000 people, but Kaye said “this is an over-the-top production.”

“We Are the World” Fan Jam