A xenophobic Senate bill would take away prenatal care for all low-income Oklahoma women just to make things difficult for undocumented immigrants. 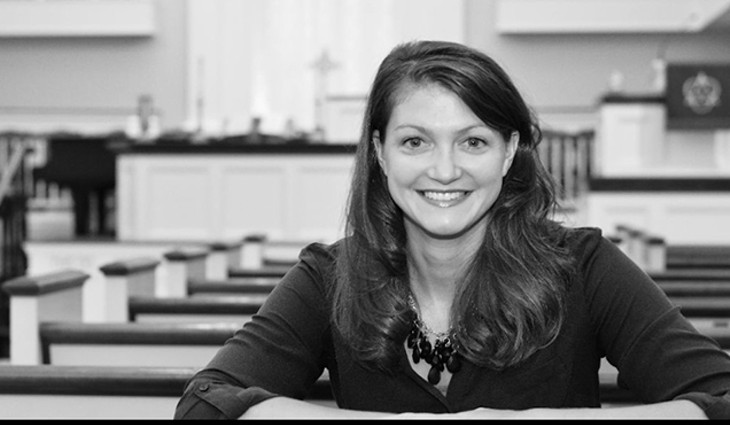 One might think that legislation to end a program that provides vital services to thousands of Oklahoma’s poorest women and children would deserve the utmost care and discernment.

But with all the assiduity of a third-grader the day before summer break, Sen. Paul Scott, R-Duncan, threw together Senate Bill 40, which cuts the safety net out from under some of the most vulnerable in our state. Apologies to Oklahoma’s third-graders, who because of high-stakes testing know about devastating consequences better than most.

Soon-To-Be-Sooners (STBS) provides limited services — ultrasounds, regular check-ups, and delivery — to pregnant women who qualify based on income. Citizens who earn between 138-185 percent of federal poverty level are eligible, although noncitizens only qualify at 185 percent of federal poverty level. Services provided to the mother end upon delivery or at the time of miscarriage.

The impact of the elimination of the program would be deep and harsh. STBS helped almost 10,000 women last year get the care they otherwise couldn’t afford. Babies of mothers who do not get prenatal care are three times more likely to have low birth weight and five times more likely to die than those born to mothers who do get care. Prenatal care allows doctors to identify concerns with mother and baby early, reducing the chance of complications. Then there is the “small” matter of Oklahoma Healthcare Authority losing $90 million in federal funding, should STBS be eliminated.

When news of SB40 broke last week, the senator was quick to deny that the intent of the bill was to affect low-income mothers or any Oklahomans for that matter. This is pretty hard to believe since he proposed the same legislation just last year. Senator Scott is either lying, too lazy to do the work or doesn’t care. Whatever the case, his neglect of due diligence before proposing a bill with such dramatic consequences is tantamount to legislative malpractice.

Senator Scott is, however, delighted to wrap himself in the blanket of xenophobia, claiming his actual goal was to end “this attraction for illegals [sic] to make their way to Oklahoma.” Apparently, Scott is under the delusion that pregnant noncitizens are flocking to a state that competes year after year for the highest incarceration rate for women in the world, where we rank among the worst states in the nation for the rate of women killed by men, and from where our teachers are fleeing for lack of respect and funding for public education — all for the chance to get a free ultrasound.

Given that Scott doesn’t spend his time thinking about the ripple effect of his mean-spirited and xenophobic legislation, he should have plenty of time to pencil in a few appointments with Oklahoma Healthcare Authority and women who use STBS to hear what they have to say. He might consider asking a public school teacher to allow him to be a classroom observer so he can witness how important it is for children to get the best start possible.

Giving children the best start possible is something Senator Scott should be particularly interested in, given his stated motivation for legislation he proposed in the past. Last year, he penned a bill that would have banned abortion after a fetus’ heartbeat becomes audible, explaining that children in the womb are human beings with the right to live.

Evidently, Senator Scott believes that’s true only if they can show their papers.