Let’s Talk About It, Oklahoma book series takes on civil rights and equality 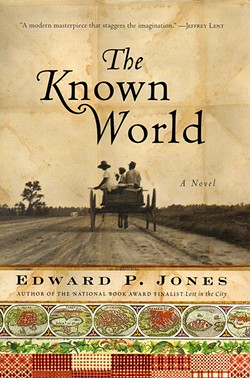 A discussion series at Oklahoma City University will focus on civil rights and black history in what the event’s curator calls “a book club, but way deeper.”

Civil Rights and Equality: A Pulitzer Prize Centennial Series kicks off 7 p.m. Sept. 13 in Room 151 of Walker Center for Arts and Sciences on the Oklahoma City University (OCU) campus. It’s the latest of a panel series created by Oklahoma Humanities Council called Let’s Talk About It, Oklahoma, and OCU hosts the biggest one in the state, said series curator Tracy Floreani, who also is an OCU English professor and department chairperson and is director of OCU’s Center for Interpersonal Studies through Film & Literature.

“Different nonprofits from anywhere in the state can participate, but we’re the biggest,” she said. “We usually get 60 to 70 people participating. It really is like a book club, but with more intellectual content. We bring in scholars of history, literature and philosophy to talk about the books and generate discussion.”

All of the books were either nominated or won a Pulitzer. Floreani was asked by Oklahoma Humanities Council to curate this series in part due to her experience teaching a course called Race and Ethnicity in Literature.

Her first selection is The Known World, a historical novel by Edward P. Jones.

One of the most acclaimed novels of the new millennium and winner of the 2003 Pulitzer Prize for Fiction, The Known World tells the story of Henry Townsend, a former slave who, under the tutelage of a powerful landowner, acquires over 50 slaves to work his own land.

A fluid, powerful novel, Jones’ work has been praised for its prose and for thrusting into light the morally gray questions that people still grapple with today.

“It’s a really intriguing book about free blacks in Virginia who owned slaves,” Floreani said. “It raises some really interesting questions about the history of slavery and civil rights.”

There also will be discussion on local history, specifically regarding historian Kevin Boyle’s The Arc of Justice: A Saga of Race, Civil Rights, and Murder in the Jazz Age. That book club meeting is Oct. 11.

Southern African-American Civil War history is examined Sept. 27 through Natasha Tretheway’s poetry in Native Guard, and global struggles with poverty, race and class are brought into stark relief Nov. 1 in the series discussion of Behind the Beautiful Forevers: Life, Death and Hope in a Mumbai Undercity, a study of crippling poverty by investigative journalist Katherine Boo.

Floreani said this particular installment of the Let’s Talk About It series is important because participants discuss more than history.

“I think so much of what we’re reading translates to the culture right now and addresses questions that really need to be resolved,” she said. “These are things that are really prevalent right now in our culture: racial and social justice, race and the police, immigration, who does and doesn’t deserve to be here, who does and doesn’t deserve full rights of citizenship.”

“I recommend this book for anyone who wants to understand the 1921 Tulsa race riots better,” Floreani said. “It centers around a similar situation that happened in Michigan, but it gives plenty of context for what was going on all over the country.”

Native American civil rights issues will be addressed Oct. 25 with A Plague of Doves by novelist Louise Erdrich.

Floreani said those wishing to attend the discussions don’t have to have read the books beforehand, nor do they have to join in on the discussions if they are more comfortable listening. The most important thing is to attend.