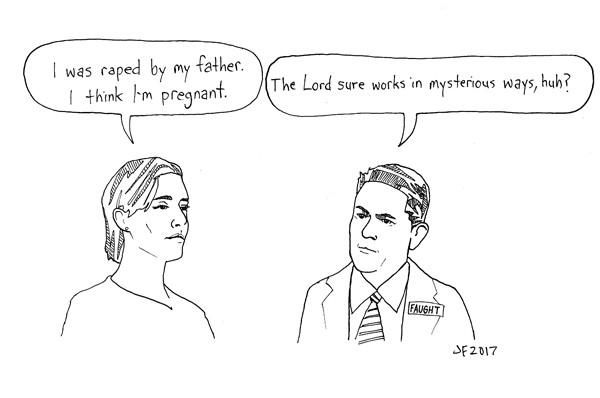 This John Bennett character needs to call a halt to his hateful and damaging antics.

Bennett’s phobias are getting in the way of his duties as an elected official at the state Capitol.

The questionnaire handed out to those who came to speak to him March 2 on Muslim Day at the state Capitol was absolutely disgusting.

His effort to avoid blame for it, saying it was put together by an outside group, he wasn’t there, etc., was equally disturbing.

If Bennett had ever read the Bible (and I am assuming he claims to be Christian), he could not avoid the fact that the Bible’s Old Testament contains writings that are every bit as brutal and frightening as the writings targeted in that questionnaire about the Quran.

The Quran, like the Bible, can be picked apart and made to sound like it condones violence, but by doing that the true message of both is missed completely and that message is one of love and respect for our creator and our fellow man.

Both texts’ message was clearly missed by the representative.

Bennett owes an apology to his constituents and to all Muslims. He is an embarrassment to our state and to this country.

The “Public sides with Trump” Feb. 4 opinion piece in The Oklahoman cites a Quinnipiac University poll conducted Jan. 5-7 to demonstrate that, regarding the immigration ban, “the general public sides more with Trump than with his critics.”

But a more recent poll, also from Quinnipiac, reversed those findings.

Poll results released Feb. 7 indicate that voters oppose suspending immigration from “terror-prone” regions by a margin of 50 to 44 percent.

In the Feb. 7 news release summarizing its latest poll results, Quinnipiac states that the new poll “reverses the findings” that were cited by The Oklahoman and that American voters oppose 50-44 percent “suspending immigration from ‘terror prone’ regions, even if it means turning away refugees …”

Identical wording was used for the relevant question in the two polls.

Since The Oklahoman’s editors deemed those earlier poll results important enough to publish, I have no doubt they’re already working on an update to make sure readers have the whole story.