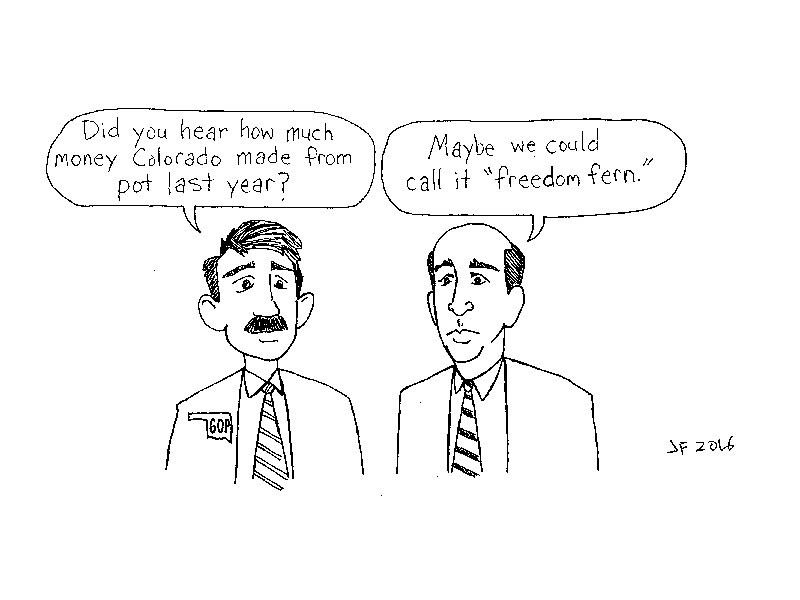 After reading the article on the Abolish Human Abortion group’s activity in the Paseo Arts District (News, “Life mission,” Brett Dickerson, March 23, Oklahoma Gazette), I thought I might share with you my own experience.

A few weeks ago, while enjoying a sundowner on the sidewalk of a downtown taco shop, we were solicited for signatures by a man to abolish abortion. The ensuing debate lasted 10 minutes, through which he staunchly objected to the world being overpopulated and that water scarceness will never be an issue and compared safe and legal abortions to safe and legal rape.

I understand that faith can blind people and divert their learning into religious doctrine instead of general awareness, but this man stunned me with his calmly spoken yet blatant denial of all science and reality.

The next day, I was still fuming over the incident and decided that if people that ignorant can go around changing weak minds, then I need a dog in this fight, so I donated $10 to Planned Parenthood for every minute of my time he wasted.

The findings of the USGS and professionals have determined injection wells cause earthquakes in Oklahoma.

The oil companies continue to inject, and the state continues to allow the injection of fluids causing the quakes. Fluids are even trucked in from other states.

The oil companies should have done their science before they started horizontal drilling and injecting millions more gallons of fluids than in previous years of vertical drilling. The current budget problems with Oklahoma should be blamed on the oil companies and state leaders for depending solely on oil and gas production.

They basically turned a blind eye to the ups and downs of the business. Little did they know the injection wells would be the demise of production because the oil companies failed to do their science.

And what happened to the “oath of office” to protect the rights of citizens of Oklahoma from damage to their homes and disrupting their lives?

Oklahoma State Rep. Brian Renegar recently proposed a bill that would prohibit animal rights charities from raising money in Oklahoma and spending it in other states.

This concept is shortsighted; there are many situations where spending money out of state would result in a much larger impact for animals, and helping as many animals as possible should be the goal of animal charities.

House Bill 2250 disregards the importance of addressing the big picture. Of course, directing money to areas where that money was raised makes sense in some ways — we all want to solve problems that we see every day, and being able to see the direct results of our efforts makes us feel good. However, this tendency becomes problematic when it means that we are not prioritizing the needs of those we seek to help.

The goal of charity should not be to make us feel validated or simply improve our local area, but rather to do the greatest possible good for those in need.

This concept is well accepted by human rights advocates who want to do the greatest good with their time and money.

The same logic applies to animal charities, which should be able to prioritize doing the most good for animals with their resources. Consider the issue of industrial animal agriculture, which Animal Charity Evaluators believes is the cause area where animal advocates can have the biggest impact on reducing animal suffering.

Billions of farmed animals in the United States are affected each year, and this is an issue often addressed on a larger scale through corporate and legal changes.

When gains are made on a national level, millions upon millions of animals are affected and far more animals are helped.

Charities should be able to spend money wherever they can best help those in need.