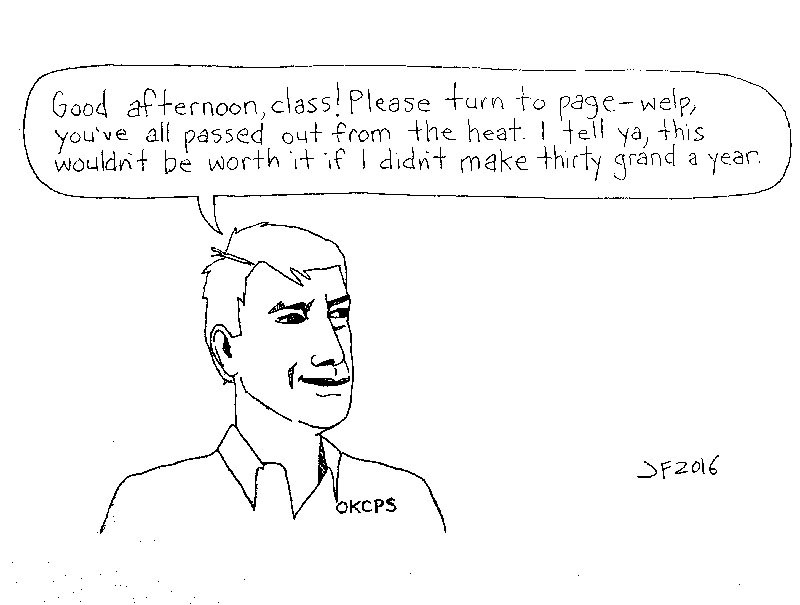 In response to Stacy Smith (Opinion, Letters to the Editor, “Open letter,” July 20, Oklahoma Gazette). You have the platitudes correct: “Freedom of and from religion” and “your rights end where the next person’s nose begins.”

Then you fail in application.

You grant the right to believe but deny the right to act on beliefs, unless of course the act is in line with your politically correct view. Do some zealous believers overreach? Yes. Do some try to force religious people to do acts they oppose because of their beliefs? Yes. You fail to recognize that the other side has a “nose” too and that your right to have things your way stop there.

Laura Estes’ July 6 article “Hooked” (News, Health, Laura Eastes, Gazette) quotes U.S. Secretary of Agriculture Tom Vilsack as saying “faith-based communities need to provide access to AA meetings and open their facilities for people to meet. … It is important to acknowledge this as the disease we are dealing with.”

Not in my church! First, this backward Christian knows that opiate addiction does not start as a disease. It has biological consequences to accompany the moral and emotional consequences; but, like all sins, it was a bad choice.

True religion, according to the Bible, looks outward, not inward; not the addictions of pleasing self, but the pleasure of serving others. The stigma to dependence is failure, weakness and hopelessness, not how you think I look at you. The faith of Jesus provides hope, strength and success. Second, why doesn’t the former governor of Iowa demand that country clubs and other civic groups open their “facilities” to the addicted? Churches are always open on Sunday for sinners to find help in time of need.

The “Hooked” article suggests an important parallel warning: Someday when “medical” marijuana is as popular as “medical” opioids, the masses will not be clinically dead, just brain-dead. I am happy to be addicted to Jesus Christ.

Criticism of former Republican presidential candidates John Kasich, Jeb Bush and Ted Cruz for not honoring their pledges of support for their prudential nominee requires examination.

Unfortunately, like marriage vows, circumstances may require separation or divorce if one partner becomes physically abusive, a threat to the family, an unrepentant liar or mentally unstable. Such is the case with Republican Party presidential nominee Donald Trump, a serious threat to American constitutional democracy, our values and harmony with our partners around the world.

The hijacking of the Republican Party by angry, fearful, disgruntled voters demanding an authoritarian figure who promises to “make America great again,” is not unlike the currents which led to fascism and communism in the 20th century.

We must ensure Trump never sets foot in the White House nor has access to the nuclear codes. Like the founders of our republic, we must pledge “our lives and sacred honor” to the values that made our nation the shining beacon for freedom and democracy, sending Trumpism to the ash heap of history.