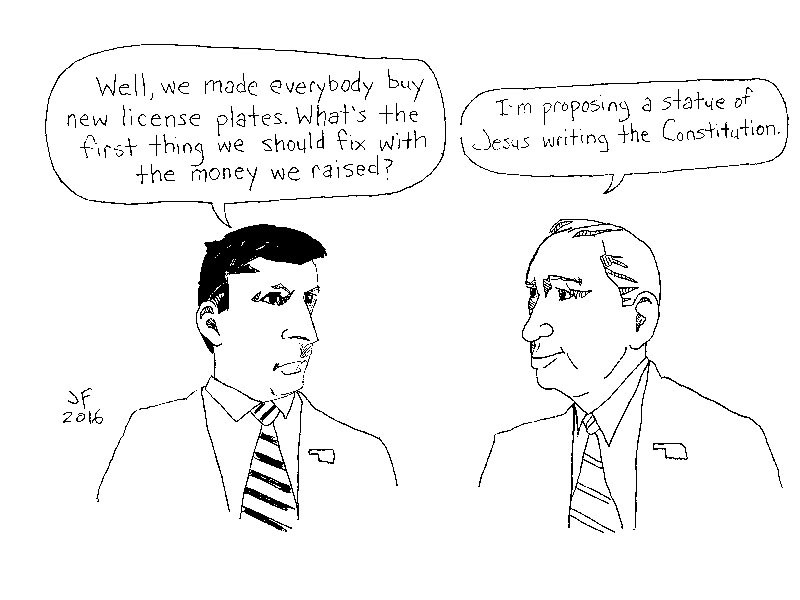 For more than 50 years, climate scientists have warned that rising levels of C02 and methane from human sources were warming the atmosphere and that, unless abated, would have dire consequences for nature and humanity.

Scientists now say that we are living in the “sixth great extinction” of species in Earth’s history. This one is human-made by our consumptive lifestyles, including burning of coal, oil and natural gas.

With the general elections approaching in November, voters should know that one major political party, and virtually all of its candidates, officially ignores these warnings.

Their party platform extols coal as an abundant and inexpensive resource that can serve humanity for hundreds of years. They pledge to “end the EPA’s war on coal,” and to “approve construction of the Keystone XL pipeline.”

It’s no longer enough to rationally discuss differences. Instead, attack like a spit-flying mad dog.

It’s in the idiotic, profane protesters at rallies who disrespect law while unwittingly feeding a candidate’s publicity machine. It’s in followers who emulate a candidate’s childlike name-calling and sometimes profanity-laced tirades.

And it’s in fabricated, taken for gospel e-shares every day.

No, W’s not a Nazi, Obama’s not a Kenyan Muslim terrorist and not everything’s a liberal or conservative conspiracy. Like we used to tell my granddaughter, “Use your words ... use your words.” Rational words.

In other words, grow up.

It saddens me deeply, not only as a Christian but as a human being, to see things of this nature (News, Religion, “Dark testimony,” Ben Luschen, June 29, Oklahoma Gazette).

They hid behind the right of freedom of speech to say and do what they want in the demonstration of their beliefs but are unwilling to show Christians the same resect. Despite such disrespect to the Mother of God, she continues to love them and intercede in their behalf with God.

I am unable to understand as a Christian and a human being why anyone would want to spend all eternity in the fires of hell, where they will suffer nothing but pain and anguish.

I pray for such confused people daily and ask the Holy Spirit to send them the graces to see the error of their ways before it is to late.

>> An Aug. 10 Eat & Drink section story, “Pacing Plaza,” by Greg Elwell misidentified the photographer of a picture that ran with the story. The photographer is Quit Nguyen.