Not dancing, rock ’n’ roll or rap. Not liquor-by-the-drink on Sunday. Not hippies or atheists. 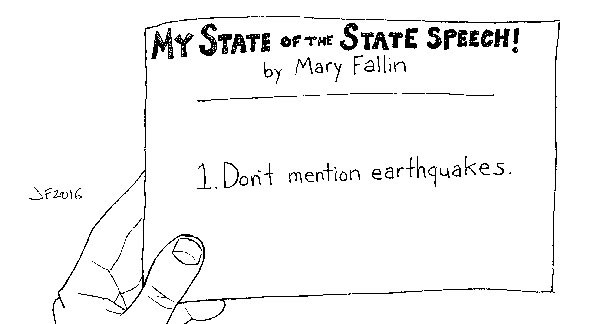 Wilhelm Murg’s article (Life, Culture, “Reclaiming ancestry,” Jan. 6, Oklahoma Gazette) tells us, “The term ‘redskin’ comes from the early days of white settlement on the continent, when trading companies, colonies and some states put a bounty on Native Americans.”

This information was apparently supplied by Suzan Shown Harjo, the subject of the article, since she has presented it in many other forums in recent years.

Linguists consider the “bloody scalp” theory to be the least likely of all reported origins for the expression.

The origin of the term was extensively researched by Ives Goddard, senior linguist in the Department of Anthropology, National Museum of Natural History, Smithsonian Institution in his paper, I am a Red-Skin: The Adoption of a Native American Expression (1769–1826). The paper is readily available online at anthropology.si.edu/goddard.

Goddard makes the point that the expression, although widely considered disparaging now, was originally benign and had nothing to do with “bloody scalps or bodies of dead Native Americans.” It was a reference used by early settlers (and often by Native Americans) to describe the appearance of Native Americans.

Murg refers to this “definition” as though it were a settled fact. My concern is that this unsubstantiated “history” of the word has been repeated so often that it is in danger of becoming accepted as true.

Thank you for the article written in support of teachers (Opinion, Commentary, “The truth about teacher pay,” Jennifer Chancellor, Dec. 30, Oklahoma Gazette).

Mental illness and the proliferation of prescription drugs.

The infestation of handguns and military-style handheld weapons.

These are the things that we need to be scared of in 2016 and beyond.

Not what Republicans, preachers and televangelists have historically taught us to fear.

Not dancing, rock ’n’ roll or rap. Not liquor-by-the-drink on Sunday.

Not hippies or atheists.

Not marijuana or LSD. Not Obamacare, welfare, food stamps or public transportation.

Not Mexicans or Syrians.

Not Muslims, or whomever is not your religion.

Not history, science or astronomy.

Not what right-wing radio jocks and Fox News tell you.

I never thought I’d see a cover story on veganism, but there it was in the Jan. 20 issue (Life, Food & Drink, “Giving up,” Greg Elwell, Gazette). While it had some good information and gave Ryan Parrott and Picasso Cafe their due, I have some issues with the piece.

First, there is a semantic problem. “vegan” is difficult to define because it means different things to different people. People who identify as vegan have a personal combination of concern in three interconnected areas: health, animal welfare and environment. However, “vegan” does not necessarily equal “healthy.” One can eat animal-free and get sick existing on a diet of lots of processed, sugary and fatty foods.

“Plant-based” is a better term. The article misses the mark by not featuring Jimmy and Andrea Conway and their labor of love, Plant Based OKC.

The Conways have been giving a monthly presentation, Nutrition 101, to standing-room-only crowds at a southside hospital and added a monthly forum at Rococo’s Northpark location. Conway, a local orthopedic surgeon, reversed his heart condition by following the whole-food, plant-based (WFPB), oil-free diet featured in the popular documentary Forks Over Knives.

The powerful message is that the most common chronic diseases — heart, diabetes, cancer and others — are lifestyle conditions that can be reversed or prevented by adopting the WFPB lifestyle, and the Conways help mentor those who wish to try it. There have already been many success stories.

Second, the cover’s subtitle, “How to find healthy eats in this cow town,” really didn’t give much of a guide. It paints a picture that plant-based diners go into a fog trying to figure where to eat because there are only a handful of options. Not true. It’s not that difficult, and options abound.

Ethnic cuisines like Mediterranean, Asian and Indo-Pakistani are always go-to places, and plant-based dining options continue to expand. Many chefs like Parrott are happy to include WFPB cooking in their repertoire. Whole Foods Market was left out of the article; while it’s big and a chain, one cannot deny that picking up food from there is easy. Heck, Whole Foods’ four-pillar eating guide is a WFPB plan.

Third, chef Nicole Diaz says that the metro doesn’t have a vegan community. Not true. She can look on Facebook and find Plant Based OKC, Vegetarians of Oklahoma, No Meat Athletes and Red Dirt Vegans.

OKC will change for the better as more people change their approach to the plate.

A story in the Jan. 27 issue of Oklahoma Gazette (Food, “Food briefs,” Greg Elwell) included an incorrect address. The address of Klemm’s Smoke Haus is 2000 S. Broadway in Edmond. We apologize for the error.