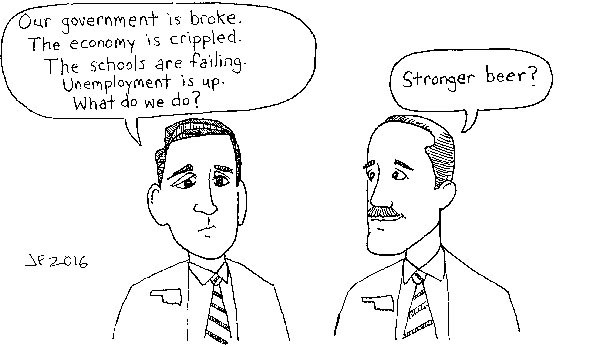 At long last, Oklahoma is on the verge of empowering Islamic schools in Oklahoma to bloom and thrive statewide.

Rep. Jason Nelson, R-Oklahoma City, and Sen. Clark Jolley, R-Edmond, have bravely stepped forward with bills in the current legislative session to allow Muslim families to receive tax dollars to spread the message of Allah here and, indirectly, across the world.

That the representative and senator proposed massive nondiscriminatory taxpayer funding of private religions statewide is laudable.

Note from the author: This is satire, but factually accurate to bring up the issue. The issue is whether tax money should fund religious instruction.

The obvious answer is that, as Ken Miller’s charts seem to have explained, “gross receipts of nearly $12 billion” less “sales taxes being returned to the cities” (which would be about $5.6 billion) results in net receipts of $6.4 billion, being $600 million short of $7 billion in spending. Yeah, too obvious.

That’s for those who don’t see government conspiracies everywhere they look. The more likely answer is that constant tax cuts for the rich have resulted in a $5 billion surplus (as predicted by The Laffer Curve), which Ken Miller is hiding in empty Wal-Marts, and the $600 million “shortfall” is being used to construct the tunnels to the FEMA camps, where the tyrant Obama will take away your guns. Wake up, sheeple!

Recently, our Oklahoma House of Representatives filed a bill called the Catfishing Liability Act of 2016 (House Bill 3024). This bill would give legal recourse to victims of catfishing, a social media term used for people assuming false identities by using another person’s photos and/or information.

I’m sure a bill of this nature is fine and the infinitesimal segment of the population that it serves is certainly deserving. However, with the state budget at negative $900,000,000, schools are cutting back on everything and teachers are practically on their hands and knees, begging for pay raises. Our roads are crumbling. And because of our state’s reliance on one industry, we are now the earthquake capitol of the world.

I could go on, but my point is this: Is there anything else that the people we elect could be doing more productively than a catfishing bill? Is this as good as gets?