Why isn’t anyone doing a story on the five strip clubs in Valley Brook? 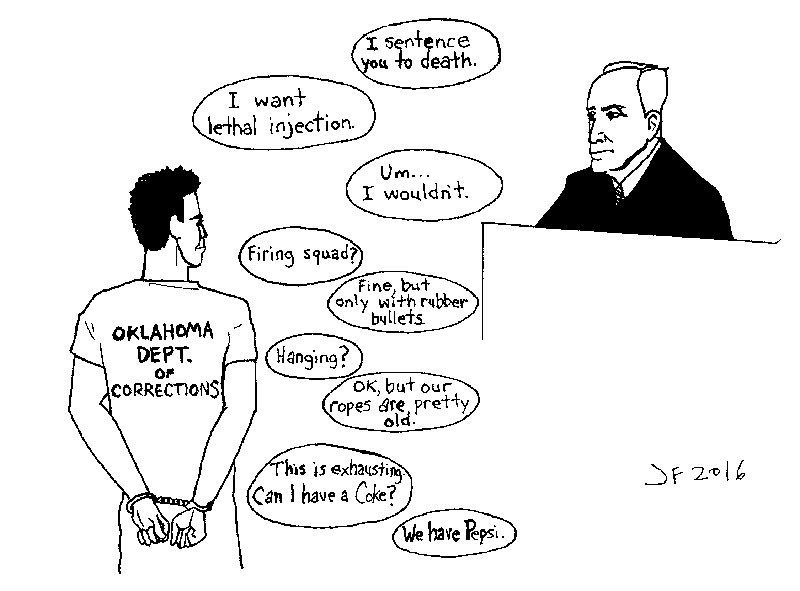 On April 14, I was sitting at the City of OKC permit office and saw a copy of your magazine (Music, “Unfurling Folds,” Ben Luschen, March 23, Oklahoma Gazette). The cover showed a story about Ben Folds, so I flipped to the story and started reading. Not far into the story, I came across the “f” word completely typed out. I stopped reading the story and scanned to see if this was something throughout the article. To my disappointment, it was. I do not use this type of language and do not enjoy reading it. It saddens me to think this is the day and age we live in where this vulgarity has become the norm. This is just my opinion, and I know you are not able to please everyone.

It really is silly, as in your latest publication, to talk about the teen birth rate (News, “Conversation starter,” Laura Eastes, May 18, Gazette). The teen birth rate includes a lot of folks who get married at an earlier age in this part of the country. (A reason our numbers are in the higher category.) My brother had three children before he was 21 due to his taking a bride at a young age, all perfectly legal and above-board. Many teens are young, married mothers. The Gazette and its liberal readers are always looking for something to boo-hoo about.

It feels like nobody has genuinely investigated the Oklahoma budget crisis. Hard questions haven’t been asked by the media. Better yet, when a challenging question is made to a political official, all the official has to do is refuse to comment. I guess that’s their right. However, it’s the media’s right (I argue duty) to press that refusal and question it. When it comes to the budget crisis, I have to quote the first season of True Detective: “I can’t decide if it’s a cover-up or the garden variety incompetence here.”

When will our elected “leaders” be held accountable? A gap of over $1 billion is no accident. The governor stands in front of the media and patronizes the citizenry, stating that she understands it’s a hard time for Oklahoma families. That’s big talk for someone living in a state-run mansion.

Businesses in the energy industry have been preparing for low oil prices for over a year, yet Oklahoma political leaders feign surprise. Instead of accepting their responsibilities and admitting their ineptitude, the state’s elected officials choose to pass the blame onto the same industry that has supported their campaigns and their special projects. And, not surprisingly, after Oklahomans have already paid the price in losing their jobs and already pay state income and sales taxes, alleged conservatives want to tax us more by closing “sales tax loopholes.” Since when do conservatives support more taxation, especially of constituents?

It’s socialism for big business and Oklahoma’s elected officials, and it’s capitalism for the rest of us. Oklahomans need to wake up and work toward removing the failing leadership from their posts.

Why isn’t anyone doing a story on the five strip clubs in Valley Brook? A year ago there were two, now there are five. That is a major entertainment mecca that no one knows about, and why are they are opening in Valley Brook and not the city?

I’ve visited them all, and they each have something different to offer, which is odd for clubs like that.

Little Darlings is great; they definitely have the corporate backing, and it shows. Everything is so nice, and it has a classy feel. The other notable club on the strip is Whispers. It’s owned by a girl who actually works there. She sat down and introduced herself to me when I went in. She’ll actually play a game of pool with you, and she’s not half-bad. These clubs are beating out the more popular clubs around the city.