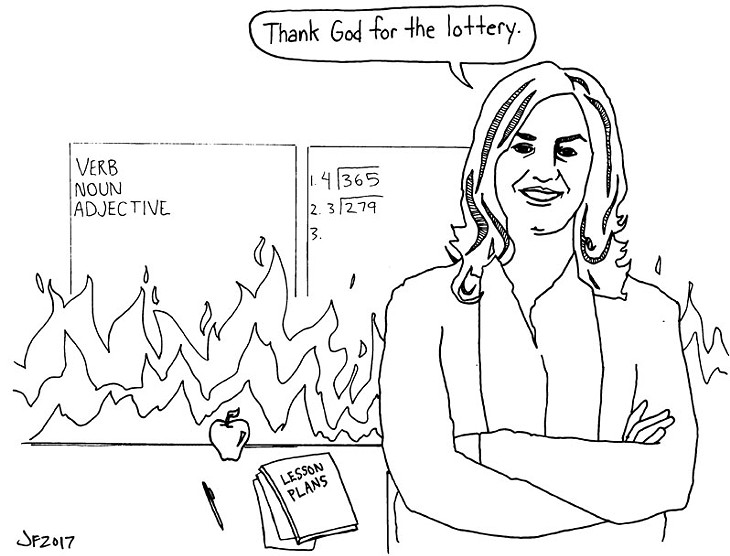 Seventy-five years ago, executive order No. 9066 incarcerated all Japanese citizens for the duration of a war. The only exceptions were the young Japanese soldiers who volunteered to fight in the European theater, where many were highly decorated for valor in combat.

All Japanese were expected to be loyal to Emperor Hirohito, and consequently, many believed they had high probability to become subversives opposing our war efforts. Were such notions true, there surely would have been cases of espionage, sabotage and sedition during the six months it took our government to round up all people of Japanese descent, American citizens or not. Not a single such case occurred.

Did we learn any lessons from that experience?

I believe Trump’s travel ban is both unconstitutional and extremely dangerous to the future of our nation. We must not let fearmongering and ignorance push us to abandon the very ideals that give America its strength and moral standing.

I’ve defended our nation and constitution for 26 years of military service (and was deployed to the Middle East numerous times, so I’ve seen a quite few of these overwhelmingly Muslim countries from the inside). Let me be clear that there is an imminent threat of extremist terrorists striking against the United States.

I fully support the amazing work our counterintelligence experts are doing on a daily basis to keep all Americans safe. They keep America safe by using analytical evidence as the basis of their work, not conjecture and hyperbole.

The majority of experienced counterterrorist experts agree that adopting what amounts to a Muslim ban is actually counterproductive and that it actually fuels terrorist recruitment by giving the terrorists propaganda to bolster their point that they are engaged in a global religious war — Christians versus Muslims. This mentality fuels extremism by framing our efforts to wipe out extremist terrorism as an all-out attack on the Muslim religion.

To strike out blindly at the tens of millions of peaceful Muslims because of fear and ignorance makes America less safe and tarnishes our national ideals.

Please do not listen to the inflammatory rhetoric and the self-aggrandizing politicians and pundits. Take a few extra minutes to read commentaries by established counterterrorism experts, and then make up your own mind.

To extinguish the flames that fuel violent extremism, we need to combat it with water, not gasoline.

As the State Legislature is looking for money for the budget shortfalls in this legislative session, one of the most egregious ideas that I’ve read about is having a tax on doctor visits!

So the GOP wants to take health care away from the poor and old and charge a tax for those who do go to the doctor?

Another terrible idea is raising the age for teachers to retire to age 67 — proposed by Rep. Randy McDaniel. Legislators are vested into the retirement system after six years and can draw retirement funds at age 60. I’ve always wondered just how much they draw after six-12 years service? Teachers have to have a combination of age and service equal to 90.

Now they are proposing to only have a 401(k) and think they can attract teachers to Oklahoma with that? That should be in addition to a good retirement.

One legislator, state Sen. Greg Teach, has proposed to sell off state property such as the Grand River Dam Authority. Next, it will be the turnpikes. Fits right in with privatizing everything they can.

And now they want to rewrite the two laws that more than 60 percent of Oklahomans voted to pass, the laws that keep a first-time drug offender from getting a felony and serving prison time. Oh, by the way, they wonder how they will find the money to fund treatment instead of their private prisons. This is a perfect example of elected officials thinking they know better than their constituents.

These kinds of bills show how shortsighted our state representatives are. They should repeal all the tax breaks that were given, mostly to their wealthy donors, even to the oil companies, including subsidies.

We need to hold them accountable. Find your legislator at ok.gov, click on “My Government,” then “Legislative Branch,” then “Find my Legislator.”

It seems voting is not enough. It’s time to speak out if you agree or disagree.

Six million people who voted for Barack Obama in 2012 could not bring themselves to vote for Hillary Clinton in 2016. A million more votes for her might have done it. Bernie Sanders begged his supporters and Green Party people to vote against Donald Trump and for Clinton. Some did. Not enough. Oh, well; it’s only four years.

Excellent article by Robin Meyers (Opinion, Commentary, “What Have We Done,” Nov. 16, Oklahoma Gazette). It is honest, unbiased and, as stated in the article: “This is the unmasking of evangelical religion in America.”

Thank you, Robin Meyers, for this truthful look at the so-called “president elect” and the hypocrisy of those who pose as believers and practitioners of “religion.”

Americans voted for Donald Trump! The main reason being “to stop foreign invasion.” I read an article on your website, “What will OKC look like in 2040” (News; Feb. 4, 2015; okgazette.com) welcoming other cultures? Pray tell, do you have a problem with America’s culture? Then you compliment Portland, in Oregon, the most liberal state, which is 77.6 percent white and 7.1 percent black.

I visit there every summer. You have to show proof of citizenship to work, and they have no sales tax. It’s the most American/conservative state. It’s beautiful; everyone speaks English. Oregonians vote for Republican policies yet stupidly think they are Democrats.