The question is, what problem does Right to Farm solve? Who wants to farm and can’t do it? Nobody. 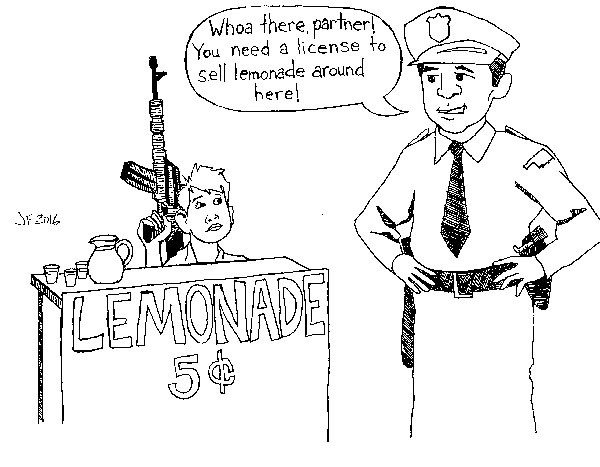 Right to Farm (State Question 777) has nothing to with family farming or rights. It’s boilerplate legislation written by the American Legislative Exchange Council (ALEC) to protect multinational, large-scale animal factories from reasonable regulation and, ultimately, legal action by family farmers and other neighbors.

The question is, what problem does Right to Farm solve? Who wants to farm and can’t do it? Nobody.

Right to Farm deregulates agribusiness and forever moves corporate farming beyond the reach of the law. Nothing would stop corporate factories from driving even more family farmers out of business with lower prices and turning them into serfs working their own land for the corporations rather than themselves.

If we’re not concerned about how animals are mistreated in those monstrous Concentrated Animal Feeding Operations (CAFOs) with 30,000 hogs or 100,000 chickens or the hormones and antibiotics in CAFO meat, then we should worry about the destruction of water quality and quantity, property values and the health of our families.

The state of Oklahoma is caught in the grip of a health care crisis. According to a nationwide survey conducted by Merritt Hawkins, Oklahoma ranks dead last in the U.S. in regard to physician access. An almost incredulous 72 out of 77 state counties are deemed by the federal government to be chronically underserved.

While the lack of MDs and DOs going into primary care upon graduation is a large contributing factor, it is one that could be heavily mitigated if members of the state Legislature had the political will to force modernization of the Oklahoma Nursing Practice Act. Due to archaic language in the law, nurse practitioners in the state of Oklahoma are not allowed to participate in a full scope of practice.

Even though they are allowed to own and operate their own clinics, they must work under the “supervision” of a doctor. This “supervision” consists mostly of paying doctors thousands of dollars per year to do nothing except be available to take questions regarding patient care. Furthermore, it ties nurse practitioners down to the doctor’s physical proximity.

The consequences are both predictable and alarming: Patients have to travel farther, wait longer and pay more for inferior treatment.

In an effort to address this issue, state representative Jon Echols recently introduced House Bill 2841, which seeks to amend the Oklahoma Nursing Practice Act to allow nurse practitioners to have a full scope of practice. This bill’s passage would help to expand accessibility, decrease public health costs and bolster positive health care outcomes for countless thousands of rural Oklahomans.

Despite Representative Echols’ good intentions, however, the likelihood of this bill even reaching the floor for a fair vote is practically nil due to obstructionism on the part of two committee chairmen: Mike Ritze and Doug Cox. In full-practice states such as Colorado and Nebraska, data shows public health outcomes have improved since implementation, and there has been no decrease in quality of care provided by nurse practitioners operating alone rather than under the supervision of a doctor.

If our state representatives truly represent us, they will commit to passing HB 2841 so our state can walk proudly into the future of health care.

His insults and attacks follow naturally several decades of coarsening political speech on America’s radio and TV networks by Rush Limbaugh and his ilk. To Rush, not just President Clinton, but his family were game for contempt, including 13-year-old Chelsea.

“You know Socks is the White House cat,” he said in 1993, showing Socks’ photo. He went on, “Did you know there’s a White House dog?” and showed Chelsea’s picture. Such savagery appeals to mean-spirited adolescent personalities but is generally corrected by parents and other adults till young people grow.

Now they appear shocked that their voters choose Trump.