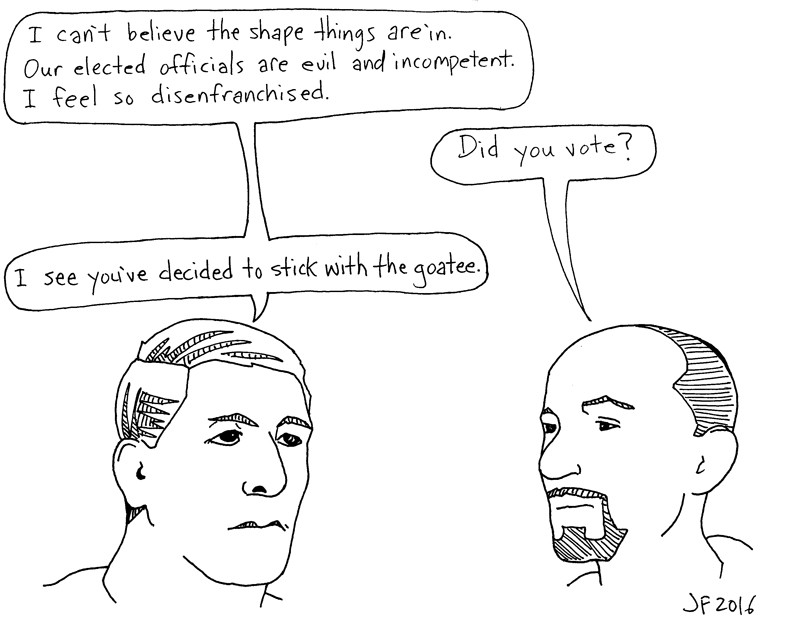 In response to Rev. Dr. Robin Meyers’ commentary “What have we done?” (Opinion, Commentary, Nov. 16, Oklahoma Gazette): As one of those left-leaning Oklahomans, I struggle with understanding the fact that the sermons of my Christian upbringing were so thoroughly eviscerated by Donald Trump, who was then loudly cheered and trumpeted hate, discrimination, torture, sexual assault and a long list of the very behaviors that Jesus spent his short life teaching and preaching against.

As a person of faith, how do you justify supporting any person that has no sign of empathy, no sign of compassion, no sign of honesty or value for his word? If 70 percent of his statements are “Mostly False,” according to PolitiFact — mostly false (19 percent), false (34 percent), pants on fire (17 percent) — how do you follow a 30-percent honest leader? Do you allow your bank to give you a 30-percent accurate bank statement? Do you allow your children to only follow your teachings and instructions 30 percent of the time? Do your elected leaders only owe you 30 percent representation? Where is that compassion, where is that kindness, where is that basic foundation of “good” that we were raised with?

The vast chasm between what Trump says and does and the teachings of my childhood seem insurmountable.

Rev. Dr. Robin Meyers, you were correct on a couple of points in your “What have we done?” commentary against the election of Donald Trump for president (Opinion, Commentary, Nov. 16, Gazette). Your article was an unmasking (we already knew) of your false religion of perversion and anti-biblical, anti-God, anti-Jesus savior of mankind. You were right about “not enough people go to church.”

I will add that there are not enough biblical churches left to go to, where men preach true doctrine of sin, mercy, grace and responsibility. So let’s unmask and consider your true words: “It is not, in the end, about character or virtue,” which raises a very interesting question.

What is America’s basis for defining character and virtue? Is it not the moral standards of the Bible, which our Constitution and American culture was originally founded upon? Or has it now degenerated (you say “progressed”) to a diverse definition of personal preference.

I agree with you, “character counts no more” — all we have left is talent, experience and nationalism. President-elect Donald Trump has all of those. I am praying that God will enlighten Mr. Trump to a life-changing understanding of the Lord Jesus Christ and His way.

>> The venue of Christie Owen’s Surroundings exhibit was misidentified in a photo caption (Arts & Culture, Visual Arts, “Climbing a Mountain,” Nov. 9, Oklahoma Gazette). Her series is showing at Oklahoma Hall of Fame at Gaylord-Pickens Museum through Jan. 7.

>> A Nov. 16 Eat & Drink feature story about new management of The Copa, Finishline and Angles (“Habana time,” George Lang, Gazette) misspelled the name of the owner of the clubs. They are owned by Nick Post.