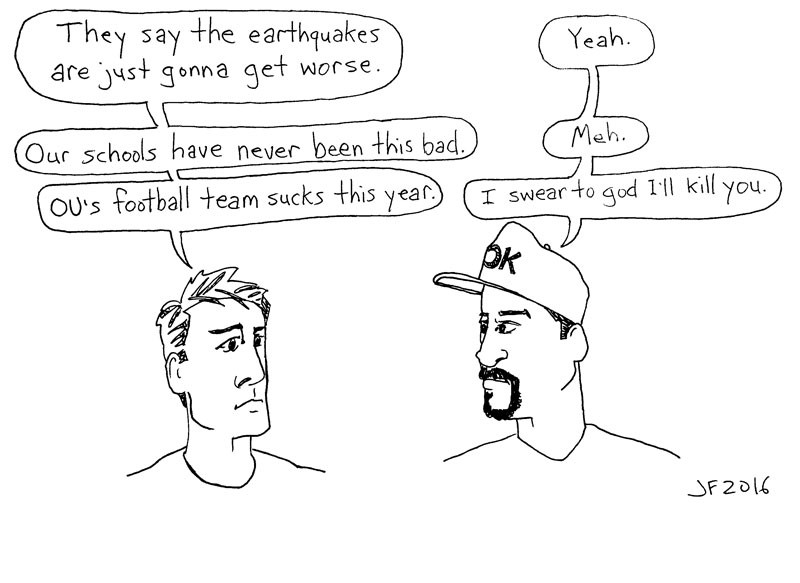 I could not agree more with Steve L. Perry’s sentiment in his letter (Opinion, Letters to the Editor, “Stand and deliver?,” Sept. 21, Oklahoma Gazette).

I would, however, point out that is not the Wrath of Khan doctrine.

Khan asked Kirk if he was up on his Milton in the original Star Trek episode “Space Seed,” which introduced Khan Noonien Singh. Kirk told Bones (doctor Leonard McCoy) that Khan was telling him he would rather “rule in hell than serve in heaven” when Kirk transported Khan, his followers and Lt. Marla McGivers.

And of course, Kirk — not Khan — was quoting Satan from John Milton’s epic poem Paradise Lost: “Better to reign in Hell than serve in Heaven.”

Khan was quoting from Moby Dick by Herman Melville in Wrath of Khan when he armed and subsequently detonated the Genesis device: “To the last, I grapple with thee; From Hell’s heart, I stab at thee; For hate’s sake, I spit my last breath at thee.”

Mr. Perry, why did you liken Donald Trump to Star Trek’s Khan in your Sept. 21 Gazette letter? I prefer to liken him to Captain Kirk, a take-charge leader who is outside of the political corruption of the day.

Maybe you are familiar with the saying “better dead than red,” which refers to patriotic Americans who defied the Cuban and Russian threats of the 1960s. Also, if the Christians of earlier centuries had not chosen to defy Rome (as in the Roman Empire and the Roman Church), you would never have had a Judeo-Christian America.

Your point of view is backwards. The Democrats, Independents and our weak Republican brothers and cousins need to repent of their political corruption and moral failures and save our country from being a weak culture that is fodder for the Russian, Chinese or Muslim leaders of the likes of Khan.

I believe Donald Trump is the only available candidate with the intelligence and courage to beat our enemies (internal and external) by outsmarting them.

Earthquake damage has cost Oklahomans millions of dollars. We used to get about 50 earthquakes per year.

Today, Oklahoma has over 900 earthquakes per year.

Fracking wastewater injection wells are the obvious cause. Solar and wind power do not cause earthquakes, oil spills or global warming and climate change. Will our November votes support reliance on fossil fuels or the shift to environmental sustainability?