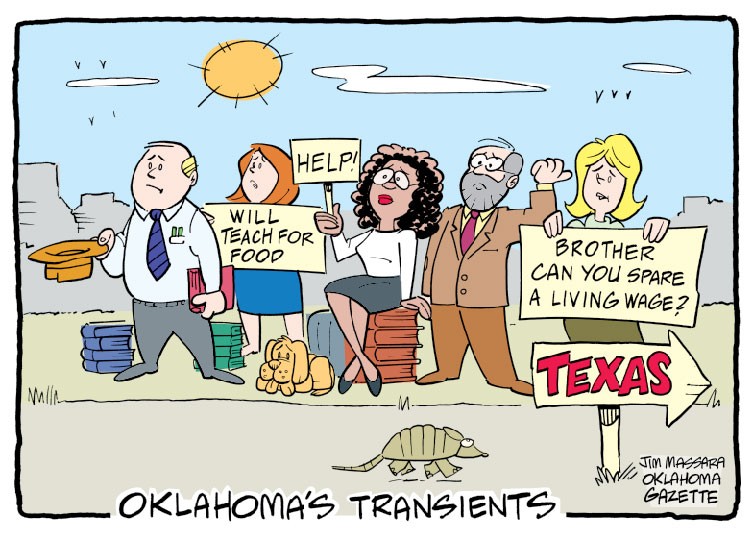 It is becoming clear that there is something big happening in Oklahoma. Progressives have now replaced three conservative politicians forced to resign for ethical and criminal charges against them. There is a surge of support for the return to normalcy in this post-Trump world order. Oklahomans seem bored with the tired, divisive policies of the right.

I have dedicated my professional life to organizing Oklahomans to fight back against these political attacks, most recently attacks on our access to health care as an organizer for Planned Parenthood Great Plains. PPGP health centers are essential to the fabric of Oklahoma. They provide life-saving, stigma-free, and affordable health care to all regardless of immigration status, race, gender identity and sexual orientation. I know firsthand that this is not a resource we can afford to lose. When Republican leaders in Congress tried to block women from going to Planned Parenthood this year, we fought back and won.

I learned that my community and I have the power to make change. When grassroots efforts lead, when the people lead, we win. But our work isn’t over yet.

[In September], Planned Parenthood Great Plains [hosted] more than 300 activists from 10 states in OKC for a high-intensity training that [equipped] them with mobilization tactics to take back to their communities. PP’s grassroots boot camp for volunteers [was] an exciting moment for organizers like me. Hundreds of us, staff and volunteers, [came] together in Oklahoma City to harness our energy for the many fights we know still lie ahead. When it’s all said and done, Planned Parenthood will have mobilized more than 1,000 volunteer activists nationwide to deploy 600 campaign action teams in communities across the country.

This pink army will be on the frontlines of protecting access to safe and legal abortion, ensuring health care access for all, and fighting racist and extreme immigration policies. One door at a time, one health center at a time, and one election at a time Planned Parenthood and its millions of supporters will be there. No matter what.