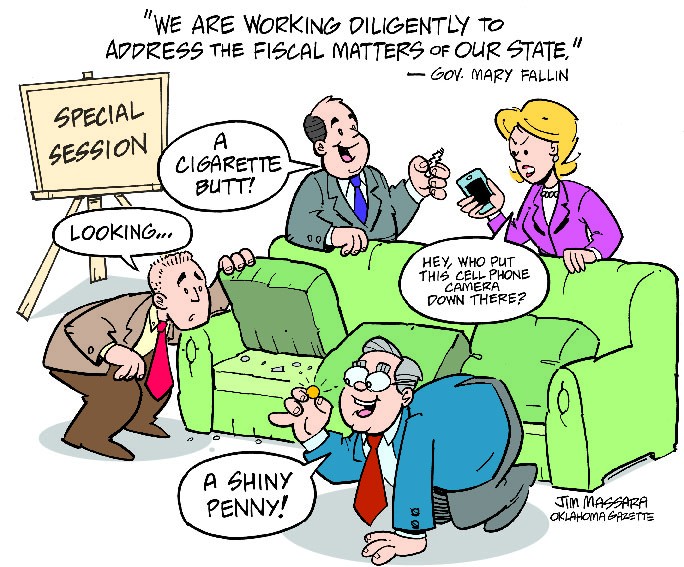 Don Porter, in his “Supporting Article V” (Opinion, Letters to the Editor, July 26, Oklahoma Gazette) letter, says he is for term limits for Supreme Court judges because there are liberals among them. He has no conception of a governmental memory, just like our state Legislature. It wants to control the courts rather than having an independent judiciary as both our state and national constitutions specify.

Oklahoma did not start that way, but after the crisis in the 1960s due to justices accepting and paying bribes, the people demanded and got an independent judiciary. Now there are powerful members of our Legislature that want to politicize the courts to control the decisions.

Fortunately, many others remember the 1960s governmental mess and have staved off attempts to bring back a partisan court.

An Article V Convention is promoted by ALEC (American Legislative Exchange Council) for their corporate masters for the main purpose of improving corporate control of our government. Corporations will be running the convention.

Porter needs to reconsider what he is wishing for.

What the Democrats need to do is inform, educate and somehow instill into non-believers why their ideas are not just better, but work better.

If they have to use charts and easels in order to show the comparison between the Republicans and Democrats, then that is what is necessary.

A lot of the Republican base is generally low information educated, i.e., they listen to Fox News and maybe some of the major networks at night. But really, on these type of outlets, all they’re getting is sound bites and nothing in-depth at all.

One thought to enlightening the masses would be to compare what Hillary Clinton would’ve done had she been elected as to what President Donald Trump is now doing. And as I said, using charts and such might be the method.

One thing will probably have to change: electing more Democrats to Congress. As it stands now, especially the House would say no and block everything Clinton would’ve submitted.

And let’s face it: The Republican leaders do not like government, period.

They want everybody to be on their own, fend for themselves. Their sole purpose is to keep big business happy. Take away all the regulations. In reality, they don’t really care about the middle class, although they pretend they do.

There is one thing they don’t want anyone to touch though, and that is the $174,000 salary they pull down every year. And they’ll go to any length to ensure that they’re re-elected.