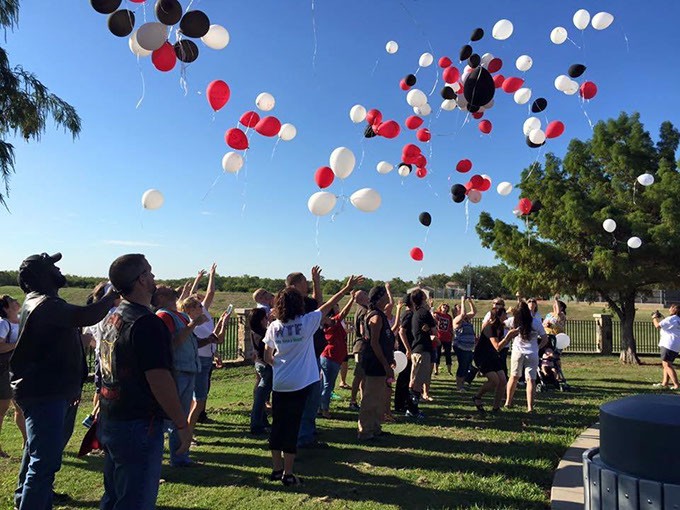 Charla Collins’ daughter was 11 years old when she was hit by a car while riding her bicycle on the sidewalk.

The suspect drove away, leaving the child near death. She had multiple injuries, including a traumatic brain injury that inhibited her math and language skills.

It also left her with seizure and anxiety disorders and post-traumatic stress disorder (PTSD).

Collins’ daughter, now age 22, is facing another battle — this time with addiction.

“For the past six years, addiction has taken center stage. Five overdoses and six treatment centers later, I feel like we are not any closer to a normal life,” Collins explained. “The self-sabotage roller coaster is relentless, and my family has endured so much pain. But in the end, anytime she gets triggered, she jumps right back on the hamster wheel.”

Collins said before the driver injured her, her daughter was “bright and amazing.”

But afterward, her personality significantly changed.

“Her father, my ex-husband, abandoned her because she was just a totally different kid and he couldn’t handle it,” she said. “Before, other parents would tell me … how they wished their son or daughter would turn out just like her. Those days are long gone.

“All of my daughter’s pre-accident friends are gone. Most of mine are too.”

Collins and said people — including family — find it challenging and uncomfortable to be around someone who has the disease of addiction.

“Being an addict’s mom is the hardest job I ever had,” she said.

In an effort to help her child and herself, Collins studied everything she could find about the chronic, relapsing brain disease, often called a “substance use disorder” by medial professionals, according to the American Medical Association and National Institute of Drug Abuse.

That research led her to a group called The Addict’s Mom (TAM). It’s a national organization with 75,000 members and chapters in every state.

TAM offers resources and treatment scholarships and connects mothers and family members to come together to share and overcome challenges they face with loved ones who are addicts.

The group hosts candlelight vigils called Lights of Hope. Collins said after joining the Oklahoma chapter of TAM, she organized a vigil in Oklahoma City.

“Personally, I will be carrying a red candle,” Collins said.

“There have been many times I thought my situation was hopeless; however, I know I am not alone,” Collins said. “My faith, friends and the groups I attend help me. If my child had cancer, I would research all I could to learn about treatment options, and that is exactly what you have to do with addiction.”

Collins talked to OCARTA about helping sponsor the event, and its members agreed.

A Texas organization called Winning the Fight is participating and will screen a film documenting the journey through addiction to recovery.

“I was honored and accepted the opportunity,” Whetsel told Oklahoma Gazette. “Sadly, we in law enforcement deal with addicts and the results of addiction every day, usually manifested in criminal behavior caused by addiction … [It] is not just a personal issue, but an issue that also impacts families, friends, employers and communities. It is our challenge to be a ‘Light of Hope’ for someone.”

Collins said more research must be conducted and treatment programs developed that address both mental illness and addiction.

She believes treatment stays must be increased, as it is rare that someone can receive adequate care in 30 days or less.

“Bottom line: I want people to never give up hope; you need to become an advocate for your loved one,” she said. “I have found there is no magic, one-size-fits-all cure. Many people will give you advice, but in the end, you have to follow your heart and never give up. As long as they are alive, there is hope. Remember, you are doing the best you can, and in the end, that is all any of us can do.”

Print headline: Support network, A local woman organizes a candlelight vigil in support of people in recovery and their families.