Lions, Tigers and Beers, Oh My!

More than 65 breweries will be pouring hundreds of beers at the return of the full-scale ZOObrew this October. 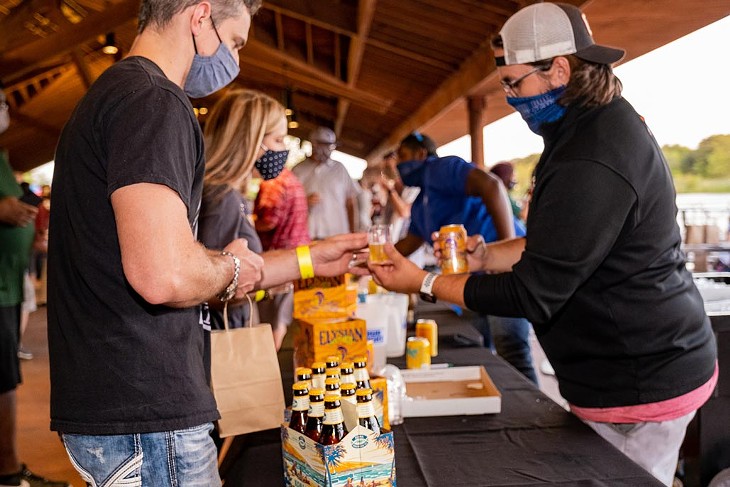 One of Oklahoma City’s favorite fall drinking events is back and bigger than ever as the Oklahoma City Zoo is scheduled to host ZOObrew on Oct. 1

In its 13th consecutive year, the 21-and-older event was held last year, but at a scaled-down capacity due to the ongoing COVID-19 pandemic, said Matt Burkholder, director of development for ZOOfriends.

“The Zoo has been doing some outdoor walkabouts, so we had about 800 people with about 12 breweries last year. It wasn’t anything compared to what it usually is, but we spread it out completely, we made sure that we were very careful in that time that we were in last year,” Burkholder said.

In contrast, this year’s event is on track to be the biggest yet, with more than 65 breweries scheduled to be pouring, which Burkholder said equates to about 400 different beers for guests to sample from 7 to 10 p.m.

With tickets having been on sale for just a little over a month, Burkholder said the demand is high, with initial VIP tickets selling out quickly, and selling out again after offering another 200 in early September.

“900 tickets sold out in two days,” Burkholder said. “We have a lot of Zoo members that come to this event, they look forward to this event just to get out a little bit and have some fun. A lot of people have been coming to this event for years. It’s kind of become a cult hit amongst the craft beer community.”

General admission tickets are still on sale at $65 per person, with ZOOfriends members receiving a 10 percent discount. 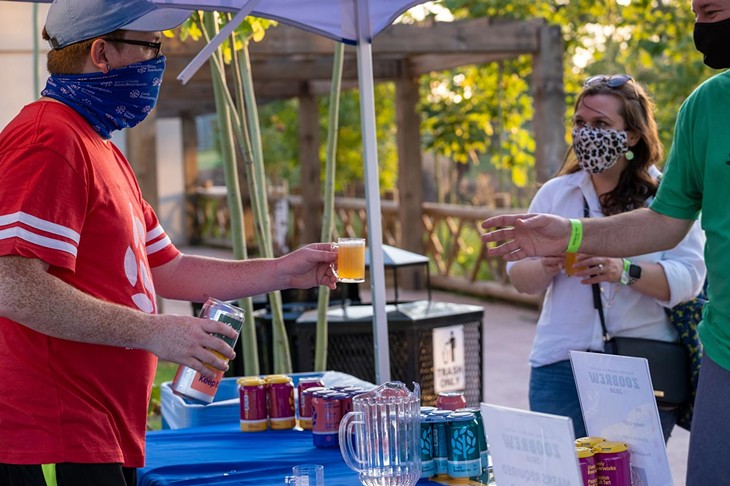 A look at the participating breweries and one can see the majority hail from the Sooner State, with just a smattering of national and international offerings. Burkholder said it’s by design that they feature as many Oklahoma breweries as possible.

“It’s really got an emphasis on the local breweries, but we do partner with some distributors who bring out some national brands,” he said. “We really want to partner with those local breweries. One of the things that we’re doing different this year is we’re partnering with Stonecloud and Lively, two local breweries, and they are brewing a specialty beer for the Zoo. So, they’re going to be unveiling that at the pre-brew session.”

Stonecloud’s special brew will later be featured for sale at their taproom and at the Zoo, with 10 percent of proceeds going back to the Zoo, Burkholder said.

Along with well-known staple breweries, such as COOP Ale Works and Prairie Artisan Ales, the event will also feature the offerings of newer breweries and homebrews.

One such brewery, Canadian River Brewing Co. out of Chickasha, is the product of the passion for beer that Holly and Nigel Duham shared when they launched in early 2019.

“We built a small, even smaller than a microbrewery, just a real small brewery we built here on our property. We call that our farmhouse brewery,” Holly Dunham said.

Later that year, Holly Dunham said they quickly met their 10-year goal as they expanded into downtown Chickasha.

“We always had the intention of just growing the business through self-distribution and kegging, owning a taproom. But, as we were building it, we started speaking with some of the members of the community and we found this great opportunity to open brewery number two, downtown location, with a beautiful taproom. It’s in a historic building that was once the parking garage for the Chickasha hotel,” she said.

Their first year at ZOObrew, Holly Dunham said they’ve wanted to participate but the event coincided with other obligations, but things lined up this year.

“We found a way to make it happen this year,” she said. “It’s definitely a very important event amongst the craft beer community here in Oklahoma. We have four beers in production that are going out in state-wide distribution, so to get people exposed to those beers at these events and go ahead and let them know that ‘Hey, this is at your local liquor store or your favorite restaurant in your neighborhood,’ is really a huge marketing opportunity for us.”

On tap, the brewery will be pouring their Oktoberfest Märzen, a Belgian- style abbey beer, an IPA and, exclusively for the event and their taproom, a coffee doppelbock.

Mike Hawkins, owner of Claire Beer Company, is a veteran of ZOObrew with this year’s event set to be his third time pouring after sitting out last year.

“It was just a different thing last year with COVID and everything. Super excited to be back this year. It’s probably the best pouring event I can do as a homebrewer who is doing this, mainly, to promote something that’s close to my heart and to also gain exposure in hopes that one day we can be a brewery in planning,” Hawkins said.

Hawkins said his home brewery is named in honor of his sister, who died of cervical cancer in 2013, and that being able to attend events like ZOObrew is important to him.

“I started brewing under that name about four or five years ago, with the goal of pouring and raising awareness for the National Cervical Cancer Coalition, specifically, the Oklahoma Chapter. Claire was my sister’s middle name.”

Like the other breweries geared to offer exclusive brews for the event, Hawkins said he’ll be bringing a beer he’s been working on for a while.

“This will be the first year that I’m serving a coconut-pineapple blonde ale, which is sort of like a pina colada, a blonde ale that I’ve been brewing for about a year now that I’ve gotten good feedback on. I decided I would try it this year at ZOOBrew,” he said.

In addition, he’ll also be pouring a New England-style IPA, a pale ale and a stout.

For more information about Zoo Brew or to purchase tickets, visit www.zoofriends.org/zoobrew.