Tulsa’s Black Wall Street Legacy Festival will be headlined by survivors of the Tulsa Race Massacre for its centennial event. 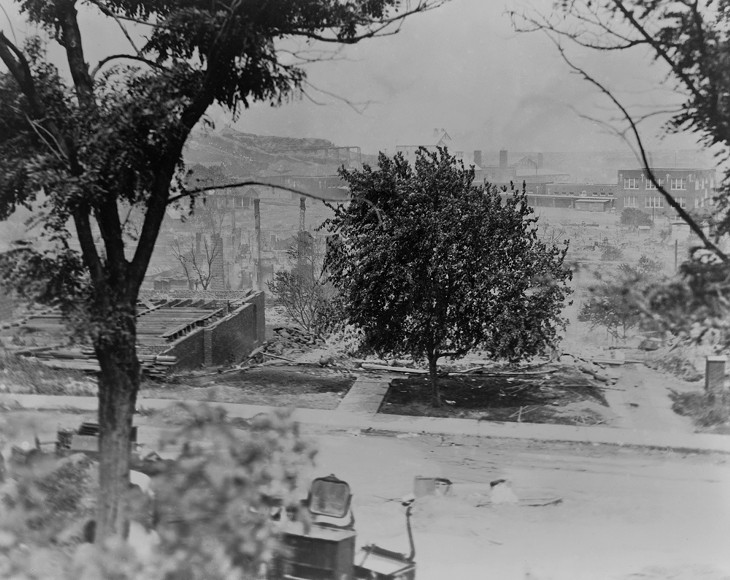 The Black Wall Street Legacy Festival begins with the centennial of the 1921 Tulsa Race Massacre May 28-30.

“The series of community-led events will take place in Tulsa’s historic Greenwood District and center the hundreds who lost their lives during the atrocity, as well as the survivors and descendants who continue fighting for reparatory justice and accountability a century later.

…Programming throughout the weekend will explore urgent issues, ranging from the needs of those still living with the everyday consequences of the massacre, to the erasure of essential history, to the state and future of Black Wall Street,” according to a news release.

There will be dozens of speakers and performers before the main event on May 30 from 2:30 p.m. to 7 p.m. at the main stage on the OSU-Tulsa lawn, 700 N. Greenwood Ave.

Livestreams of each event will be available on the Black Wall Street Times Facebook page, as well as the pages of NowThis and Color Of Change.

The festival officially concludes with the Juneteenth celebration on June 19.

A full festival schedule is available at www.blackwallstreetlegacyfest.com.

Also to be released on May 28 is Fire In Little Africa, an album of original material written and recorded by a collective of Oklahoma hip hop artists to commemorate the centennial of the massacre. The 21-track collection will be released by Motown Records/Black Forum in partnership with Tulsa’s Bob Dylan Center and the Woody Guthrie Center.

“Fire in Little Africa is a powerful and timely project that provides a platform and outlet for the incredibly talented and thriving music community of Tulsa,” Motown Records Chairman & CEO, Ethiopia Habtemariam, said in a news release. “Carrying the legacy of the Black Wall Street community, Fire in Little Africa is a body of work filled with purpose and prolific storytelling.”