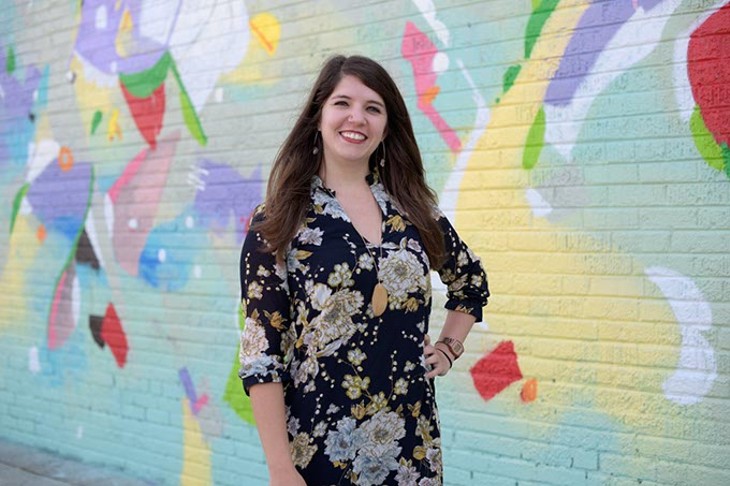 By mid-April, Cayla Lewis could count on one hand the number of emails or personal phone calls she received from organizations wanting help finding volunteers to participate in end-of-the-month events like Norman Music Festival, Oklahoma City Festival of the Arts and the Oklahoma City Memorial Marathon, all of which happen during the same weekend.

As the weekend grew closer, those requests became desperate pleas. Such a predicament had Lewis ruminating on an idea she never got around to developing. Now was the time.

“I couldn’t help all of these people,” Lewis said, “but what could I do to help?”

Often, local nonprofits and organizations struggle to fill volunteer roles because they pull from their own network of boardmembers, supporters and even family. Days before a key fundraiser or community program, leaders sometimes scramble to find help with things like parking, water stations, children’s face painting and other tasks.

On April 20, initiative organizers sent out their first tweet with a link to sign up for weekly emails listing local volunteer opportunities. Days later, OKC Volunteers’ first email went out with information on volunteering at Norman Music Festival, OKC Festival of the Arts and OKC Memorial Marathon, among other upcoming events like June’s Oklahoma City Pro-Am Classic.

OKC Volunteers is “a central hub to share volunteer opportunities,” Lewis said. Initial feedback has been positive from both the nonprofit and events communities, with individuals pledging to help launch an OKC Volunteers website. Lewis now receives emails and messages from organizations sharing volunteer needs. A few have reached out about open board positions.

The launch comes at a critical time. OKC and other metro communities like Edmond, Norman, Midwest City and Yukon are thriving thanks to downtown resurgences. Over the last decade, millennials and their young families have flocked to these areas, which have responded with art, boating, film, food and music festivals; neighborhood and commercial block parties; galas; charity walks and runs; and more. Additionally, longstanding events like Paseo Arts Festival, Tinker Air Force Base’s Star Spangled Salute Air Show and Opening Night have continued to grow and add new elements.

“Oklahoma City has seen so much growth,” Lewis said. “From it, very successful events and initiatives have taken place, but as some of these organizations are aspiring to do more, that means more volunteers are needed.”

Additionally, charitable and nonprofit organizations have longed served as bridges between those in need and the social services the government provides. With a reoccurring state revenue crisis, nonprofits are stepping up to increase services, which can translate to more help. Lewis, who now joins a small team of volunteers behind OKC Volunteers, envisions the initiative connecting with local schools. When the website soon goes live, visitors will see specific information about how to become involved with local schools.

“Eventually, I hope OKC Volunteers serves as something that local nonprofits and organizations will look to as an extra hand,” Lewis said.