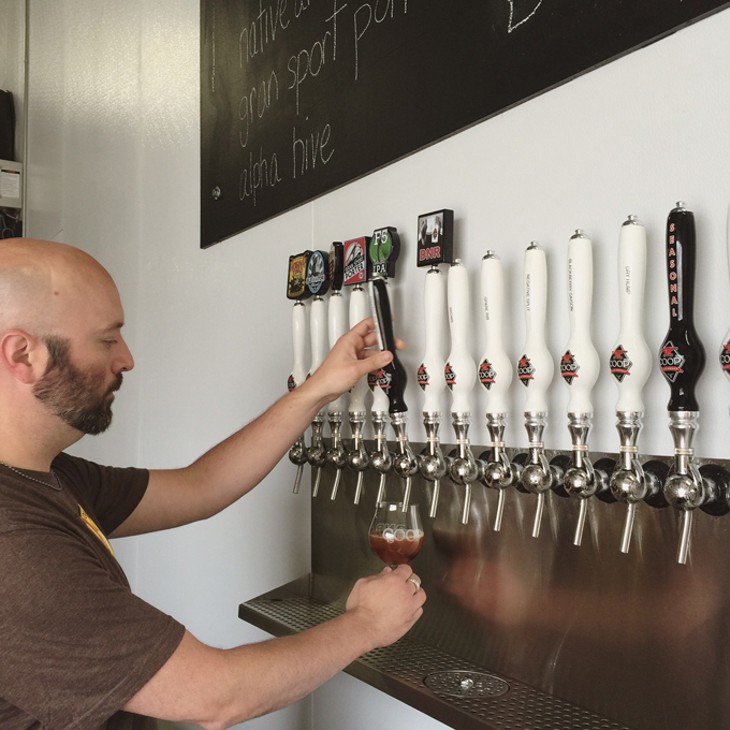 What was planned as a celebration might now be a protest after Oklahoma’s Alcoholic Beverage Laws Enforcement (ABLE) Commission decided Senate Bill 424 does not give breweries the ability to sell beer for consumption in their taprooms.

The planning began July 29, when ABLE officials met with brewers and seemed to say local beer makers could serve their creations in taprooms, said COOP director of sales and marketing Sean Mossman.

“In our first meeting with ABLE after the law was passed (signed by Gov. Mary Fallin June 6), their interpretation was that consumers would not be able to purchase beer for on-premises consumption, but could buy it to take off-premises,” he said. “Two weeks ago, they agreed the law did intend to allow for on-premise consumption.”

But that changed Aug. 18 when brewers meeting with ABLE were told the agency had reversed its decision once again and would not allow consumers to drink full-strength beer in the taprooms.

Shortly after that meeting, Mossman said the decision hit them hard.

As news spread of the enforcement change, ABLE began receiving calls from breweries and consumers.

At ABLE’s regularly scheduled meeting Aug. 19, director A. Keith Burt said he was taking the advice of ABLE’s legal counsel and asking for guidance from state Attorney General E. Scott Pruitt on interpretation of the law.

“Two weeks ago, I didn’t know they wanted on-premises consumption,” he said. “If it’s not spelled out, you can’t do it.”

Bill co-author Rep. Cory Williams, D-Stillwater, told commission members at the meeting the intent of SB 424 was always to put local breweries on a level playing field with local wineries, which can directly sell wine to consumers in tasting rooms and sell glasses of wine for drinking on-premises.

Burt said that while the authors’ intent was clear, he was not sure if the legislature that approved it intended the bill to be interpreted that way.

Williams said one problem with proving legislative intent is that there was not a lot of talk needed on the House floor to get SB 424 passed because legislators view the craft brewing industry as “the darlings of the alcohol reform era.”

Several brewers said they came to Oklahoma City specifically to open a taproom. Ross Harper, who is working on Angry Scotsman Brewing, and Bruce Sanchez, who is weeks away from opening Twisted Spike Brewing Co., said the current ABLE stance on SB 424 would have a significant impact on businesses’ ability to hire staff and repay construction loans.

Prairie Artisan Ales was acquired by Krebs Brewing Co., based in Krebs, OK, in June. The business is best known for making the classic Choc beer. President Zach Pritchard said the passage of SB 424 was integral to the decision to open a brewery and taproom in Oklahoma City.

Though the taprooms at COOP and Anthem will remain open and serving low-point beers, the sudden shift in interpretation has squelched plans for celebrations.

• COOP will still hold a party 4-8 p.m. Friday in its taproom to celebrate the release of its seasonal Oktoberfest beer, but it will be unable to fill the 50 special one-liter German beer boot glasses it will sell at the event.

“We intended to have a celebration of the new law,” Mossman said. “Now we may have to have a call-to-action from craft beer fans.”

The brewery is also giving away a trip for two to the Oct. 8 Great American Beer Festival in Denver, including festival tickets, round-trip airfare from the nearest local airport to Denver, hotel and a $100 Visa Gift Card for meals.

The taproom is open noon-9 p.m. Saturday. Mim’s Bakery and The Flying Pig BBQ trucks will be on hand 5-9 p.m.